The 2016 Election and Your Money

What impact will the 2016 election have on your income, investments and financial future?

This is the question everyone is asking. There is a lot of anxiety and fear present about the future of our nation—regardless of who is in office. People become paralyzed by fear—we saw this in 2008. They wait to take action until they ‘have to’ because the pain of loss is so great. However, the cost of waiting is far greater than most people can afford to pay. Most Wall Street Pros tell you to wait, not to do anything and just sit tight. If your investment capital is in the stock market and you bought in at a really good price (much lower than current prices) and you have 20 years or so before you need the money, then that may be decent advice. If not, the uncertainty may prove more detrimental than your investments can stand, especially in the face of the 2016 election. Will taxes go up or down? How will Wall Street deal with the outcome? One thing is certain; the financial markets don’t like uncertainty. Keep in mind though, that the markets are made up of people buying and selling so it’s actually all of us–the people, who are uneasy with uncertainty.

There are at least 1000 different ways to think of this election and its effect on the markets; and at the end of the day each one is just an opinion. Let’s revisit the main question above: “What impact will the 2016 election have on your income, investments and financial future?” My answer may not be the one you want to hear but it’s my responsibility to tell you, so here it is. You’re asking the wrong question. If you care deeply about yours and your family’s financial well-being, here is the question you should be asking: How do you achieve the income and rate of return you need to live the life you and your family choose to live? And how will you accomplish that in a financial system that is set up to take money from hardworking average investors and send it to Wall Street professionals—regardless of who is in the presidential office? Many of you have been through Democrat and Republican presidents; did either have a significant positive impact on your financial well-being? My guess is that throughout your life, your financial good times and bad times had little to do with the president and much more to do with your action or inaction.

I remember growing up as a kid, I lived with my very German grandmother as a teenager. Anytime I was sick and had a stomachache, she would put 4 drops of some liquid medicine on a sugar cube and have me eat it. I never wanted to but she would convince me that it would help my stomach feel better so each time, I would take it. She was a nurse in Nazi Germany and a big part of the underground movement to help the Jews escape, so I always looked up to her and trusted her. The problem was, each time I would take the sugar cube I would vomit, and no kid wants to do that. What I realized years later is that she was actually making me throw up so I would feel better, quicker. For years though, I believed the sugar cube was to stop the nauseous feeling because that’s what I was told and that was my perception, but the opposite kept happening.

Oftentimes a major Wall Street firm says that a company has great earnings, a healthy balance sheet, strong management, a pipeline of great products for many quarters to come, and the stock price is in an uptrend. What does the average investor do when they hear that info? Yes, most people buy the stock. However, did the Wall Street firm tell you to buy the stock? No. Where do you think the stock price is when all of this information is present in a stock? Is it at wholesale prices or retail? Yes, most of the time it’s at retail prices where Wall Street is happy to sell to you. Much like the sugar cube, perception and reality are very different; and when it comes to your financial well-being, who can afford to focus on anything but reality.

The sad truth is most people don’t see what is right in front of them when it comes to proper financial decisions. They keep eating the sugar like I did and wondering why they vomit seconds later each time, they keep buying good stocks at retail prices wondering why they never come close to achieving their financial goals. They elect their Democrat or Republican president, just like we will do in the 2016 election, hoping that person will fix all of their financial challenges. For most people it takes many election cycles to realize no one in the White House is going to help you, and by then it’s often too late.

Wall Street’s strangle hold on financial rules and regulation is so tight that the average person doesn’t stand a chance. Special interest dollars are too great for any president to really impact change for the average person. I was born, raised and still live in Chicago, and whether I am a fan of Obama or not, nothing has changed for the low to average income earner during his 8 years in office. To make matters worse, because of this lack of change violence on the south side of the city has worsened over this time and it’s now the homicide capital of the country. However, I would argue that it’s not really his fault. Presidents play a very small role in influencing the rules of the financial system game. No matter how good their intentions, it comes down to whose pockets the money flows into. When we get a president who really cares about people, it slows down the destruction of the lower and middle class. When we get a president who cares more about money, it speeds the unfortunate process up. In either case, the outcome is the same, hardly anyone comes close to achieving their financial goals.

I was very fortunate to learn how to make proper financial decisions in my early 20s because I worked on the professional side of the financial world. I clearly saw how the Wall Street firm makes decisions that lead to consistent profit and wealth. I also saw how the average investor, when faced with the same scenario, makes almost the opposite decision and either loses or falls far short of their financial goals. What I learned early on as the key to financial success is to think and make decisions like a Wall Street professional and NOT like a novice average investor.

The good news is that if I can understand this, anyone can. My community of educated investors are at peace about the future because they have a plan and a simple set of rules…a plan that is pro-active and can help protect and provide for their family regardless of market direction, economic conditions, who lives in the White House after the 2016 election is over, and so on.

In my article next week, I will share two clear examples of a simple financial decision that Wall Street makes correctly and the average person gets completely wrong. You will also see how in both cases, money flows seamlessly from the hard working average investor into the Wall Street firm’s account.

Lastly, the most important lesson I learned early on in my career was this. I knew I didn’t want a life that kept me away from my family because I was working all the time. I wanted a life of choices… What I spent my time doing, who I spend it with, where my family lived, where kids went to school, what trips we went on, and so much more. I was very focused on creating a life of choices early on. When I started my career on the floor of the Chicago Mercantile Exchange, I knew this was my chance to learn exactly how Wall Street makes financial decisions, and I learned it all. I took every piece of knowledge I could and now I try to share it with you. Life is so short and precious.

There are really two groups of people and one decision to make. You can take action and learn how to make financial decisions that are truly best for you and allow you to live the life you choose to live. Or, you can choose inaction and all those choices are made for you. This is the difference between those who know what they are doing and those who don’t in the financial system we live in. What you make of your life is up to you, not whether Hillary or Trump win the 2016 election, though they would certainly like you to think otherwise.

Hope this was helpful, have a great day.

Source:: The 2016 Election and Your Money 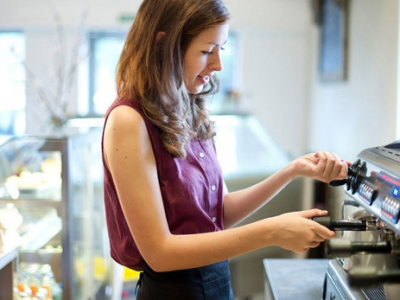