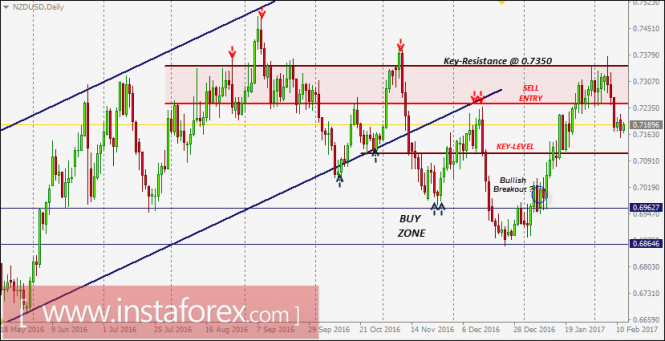 On December 16, the price level of 0.6990 failed to apply enough bullish pressure.

Instead, bearish movement continued toward the lower limit of the depicted BUY zone (0.6860) which provided significant bullish rejection on December 23.

The NZD/USD pair was trapped within the depicted price range (0.6860-0.6990) until a bullish breakout occurred.

A bullish breakout above 0.7000 allowed the pair to head toward the price level of 0.7100 (Key level) which failed to provide sufficient bearish pressure on the pair.

Bearish persistence below 0.7250 is needed to allow further bearish decline toward 0.7100 (Note the recent bearish DAILY candlesticks within the SELL zone).

On the other hand, any bullish pullback towards 0.7250 should be considered for SELLING the NZD/USD pair.