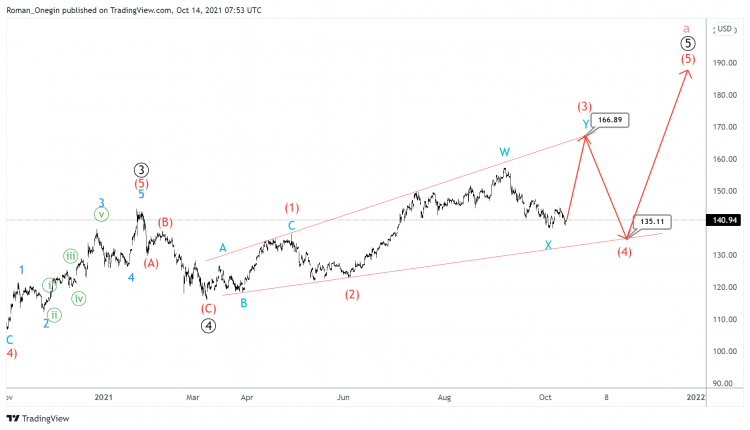 The current AAPL structure hints at the construction of a primary fifth wave. This takes the form of an ending diagonal (1)-(2)-(3)-(4)-(5) of the intermediate degree.

Most likely we are in the intermediate wave (3), taking the form of a double combination W-X-Y. Perhaps the minor intervening wave X has recently ended. Thus, to complete the specified pattern, we need an actionary wave Y.

The minor wave Y can send the market to the level of 166.89, which is on the resistance line, and then the price could fall within the correction (4) to the support level of 135.11.

An approximate scheme of a possible future move is on the chart. 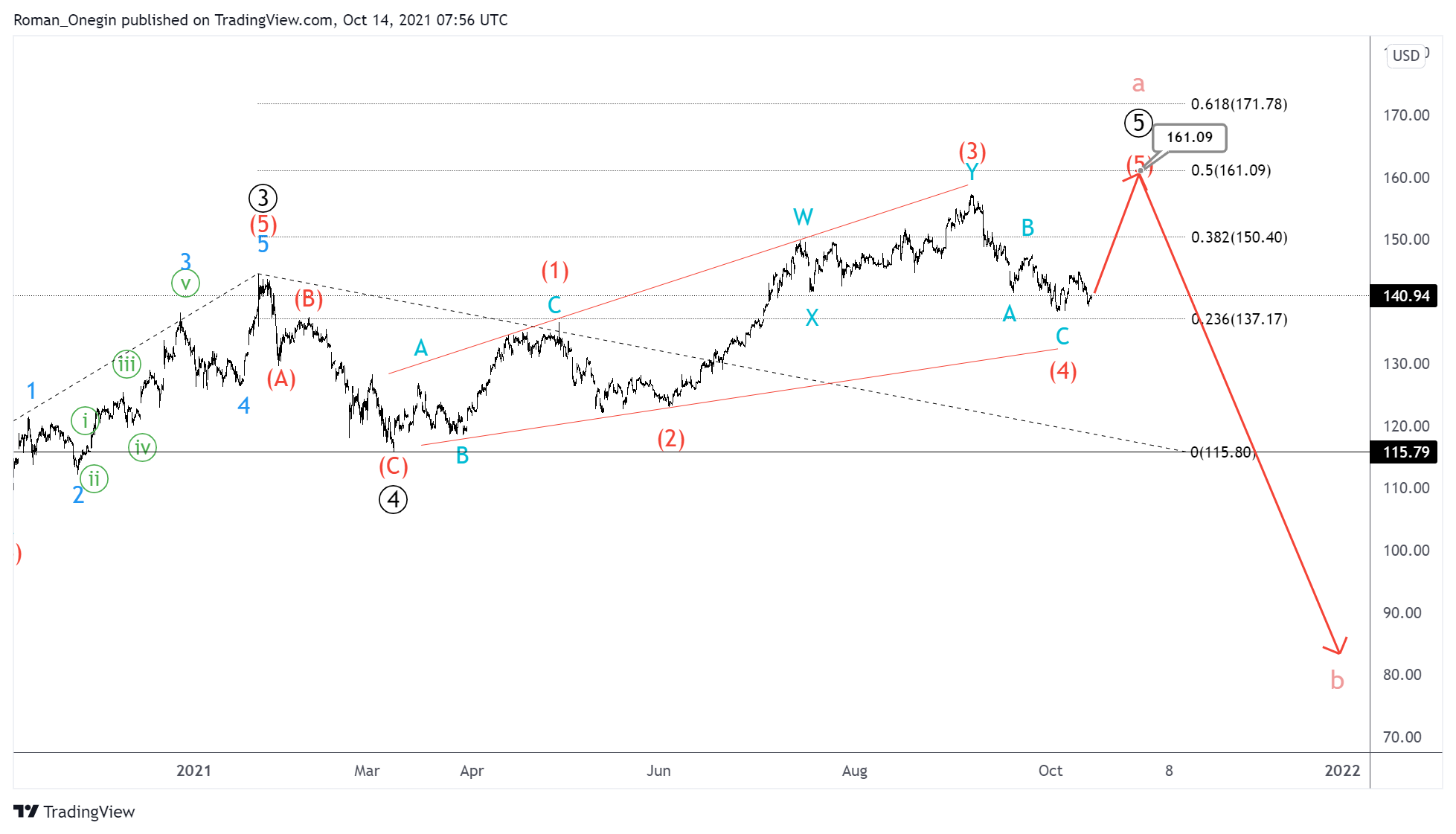 An alternative take is that an intermediate zigzag correction (4) has already been formed, and now the price is moving up in the final wave (5).

Price growth is likely to reach the level of 161.09. This is where the ending diagonal ⑤ will be at 50% of primary wave ③.

After the completion of the ending diagonal, prices could decline in the cycle correction b, below the level of 115.79.

EU Trade And The Weaker Euro