Alibaba shares have come a long way since their debut in Wall Street in 2014. Price has jumped to the $120 mark before tumbling all the way down to its lows at $57.50 in 2015 then has since climbed 28% year-to-date. What’s next for the Chinese giant and how will it affect global finance?

Understanding the Rise and Fall

Before delving into what the future might hold for Alibaba, it’s important to note the factors that contributed to its stellar ascent, its fall from grace, and its recent rebound. The company was launched with a record IPO, the largest in Wall Street history, in a year that was mostly clouded by a prolonged slowdown in China.

This eroded the stock’s gains and then some until price bottomed out in 2015. From a technical standpoint, a double bottom pattern can be seen during that particular period and onto the start of this year, before a massive breakout took place on the heels of improving Chinese fundamentals.

This upside momentum was further fueled by impressive earnings figures from the company, particularly for the second quarter of 2016. For this period, Alibaba reported 59% overall revenue growth, spurred mostly by a 49% gain in China’s retail marketplaces. These represented the highest growth rates for the company ever since its IPO a couple of years ago.

All these, combined with green shoots in China’s economy, could be a recipe for further upside in Alibaba shares, likely taking it past its post-IPO highs around $120 later this year or early next year. In terms of technicals, a move past the area of interest at the $105 level could open the gates for a rally up to $120 and beyond, especially since the double bottom pattern spans nearly $30.

Analysts are also buzzing about another set of jaw-dropping figures for the company’s third quarter earnings, which are set for release towards the end of October. Sales for this particular period would cover the mid-Autumn Festival while the Q4 earnings report would encompass Alibaba’s Singles Day Sale on November 11, which reaped $14.3 billion in sales last year, and Christmas shopping activity.

While others doubt that this bull run could continue, a good number of firms have maintained a “Strong Buy” rating on Alibaba stock. Price targets have ranged from $120-150, possibly giving the stock another 20% or so to go before the end of this year.

Versus the other stocks in the S&P or Nasdaq, Alibaba strikes as a good buy. Keep in mind that overall earnings for the S&P were in the red for Q2, even as notable shifts to e-commerce have been observed. Its secret weapon, as some might say, lies in its diversification strategy and in acquiring competitors such as Lazada, Youku Tudou, and UCWeb. It’s also worth noting that the push for transparency, which was spurred by a SEC investigation on the company’s questionable accounting practices, even highlighted Alibaba’s strongest suits.

It doesn’t stop there. Alibaba is carrying on with its push to go global, as it continues to establish a presence in several major markets, including the US, Australia, Canada, and India to name a few. The company has been making great strides in enabling small and medium enterprises in these countries to sell their products on their online shopping site, Tmall, which could prove to be a serious rival to Amazon or eBay.

Alibaba is focused on its efforts to expand cross-border shopping and transactions, on top of tapping into the emerging Chinese middle class. With more products and potential customers under its wing, Alibaba could prove to be a global force to reckon with, reducing the friction in terms of logistics and disrupting industries worldwide.

From a financial standpoint, this also opens the potential for even stronger growth for Alibaba in the coming years. According to research firm eMarketer, more than 15% of the Chinese population will take advantage of these cross-border shopping sites, bringing sales of $85.78 billion this year and poised for double-digit growth. McKinsey Consulting has noted that a quarter of the Chinese population could do most of their shopping online by 2020.

In the US, several financial institutions such as JPMorgan have added Alibaba to their holdings or even upped their stakes. As it is, Alibaba has already surpassed even the biggest Asian companies in terms of market value, with the stock closing $104.46 per share last week to a market cap of $266 billion.

The company also has interests in the online payments arena, presumably to support its booming e-commerce platform. Alibaba has plans to launch its mobile payment platform, Alipay, in Europe in order to reach the market of the Chinese tourists that visit the continent. In India, Alibaba has already acquired a stake in Snapdeal and Paytm, possibly pursuing a merger with ShopClues to overtake Amazon’s market share in the country.

From these, it can be said that Alibaba’s impressive earnings figures represent only the tip of the iceberg for the company, which has several strategies being put in place to ensure global dominance. Not only can it boost the company’s value and reach but it can also have a tremendous positive impact on the global economy, barring any negative impact on the shares of the companies it is competing with, in shoring up trade activity and cross-border transactions. 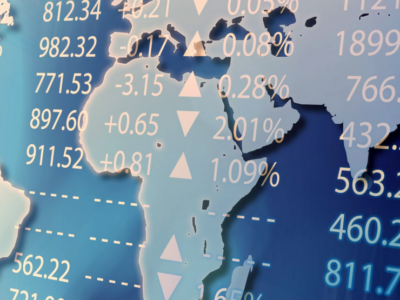