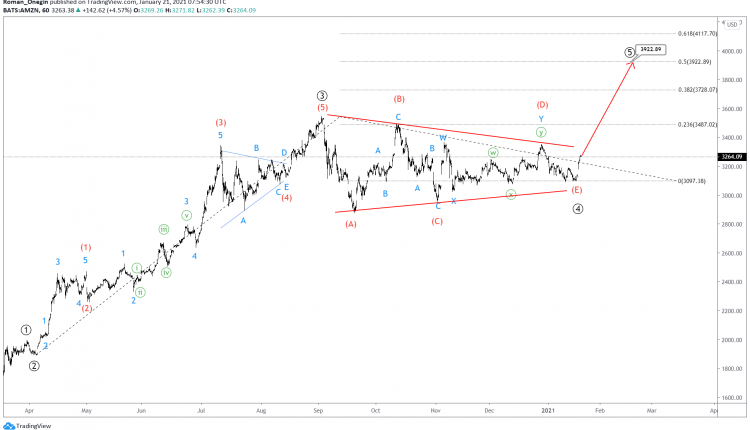 AMZN is at the final part of a major bullish impulse of the primary degree.

Wave ④ has completed, and its internal structure hints at a contracting (A)-(B)-(C)-(D)-(E) triangle. 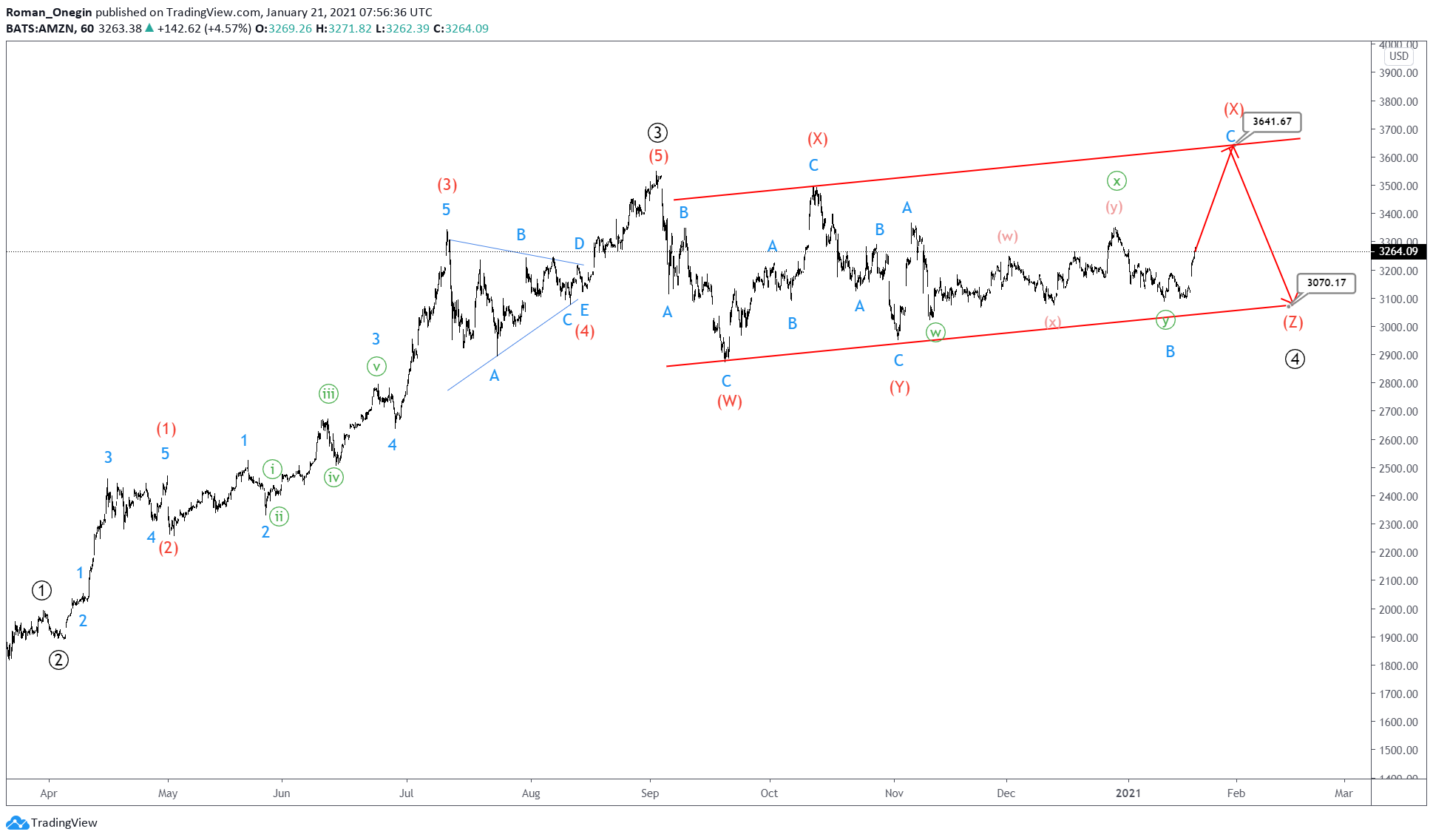 An alternative scenario shows that primary correction ④ takes the form of a triple three.

Now we see the construction of the upside intervening wave (X), or rather its final impulse C.

In the near-term, the price could rise to the 3641.67 area, which is on the resistance line.