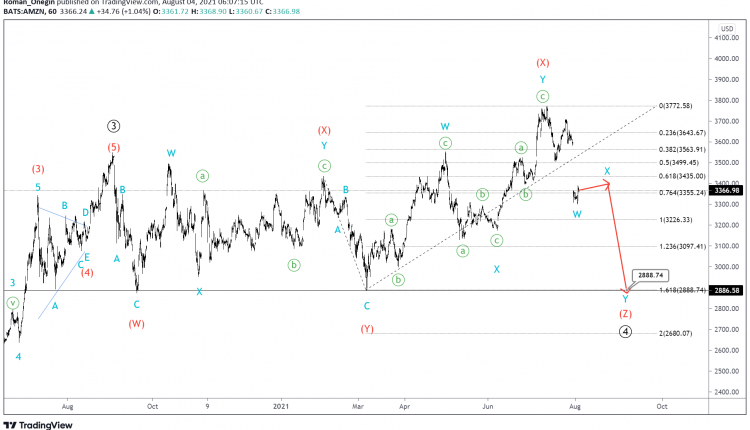 AMZN seems to be forming a bullish impulse, which includes the formation of a long fourth wave.

The primary correction wave ④ takes the form of an intermediate triple combination. The second intervening wave (X), which took the form of a double zigzag, has ended.

In the medium term, the final intermediate wave (Z) is likely to emerge as shown in the chart. This can be a complex zigzag structure W-X-Y. 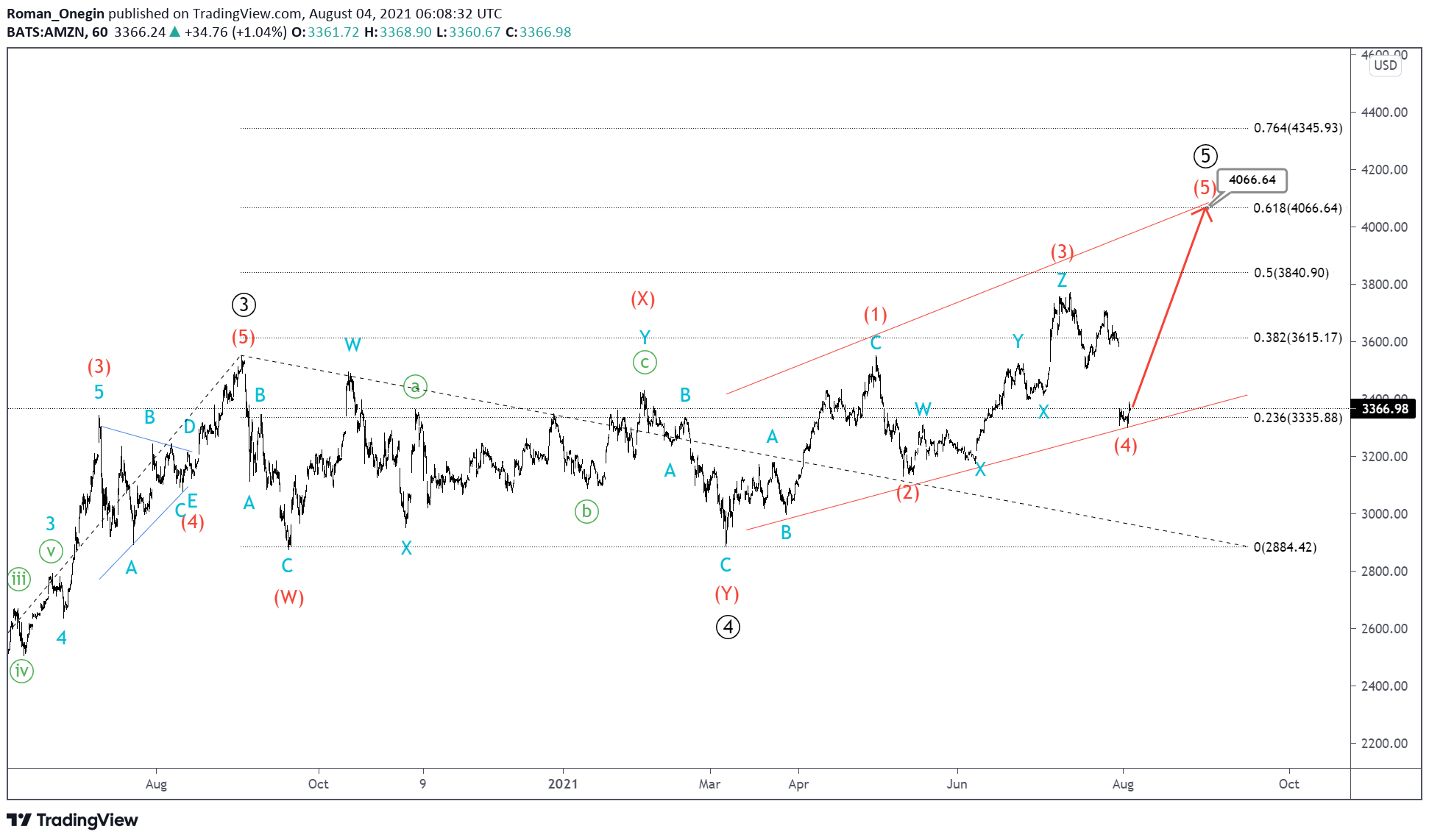 However, the formation of the primary correction ④ could have been completed earlier. In this case, the last fifth wave may be forming now.

It is possible that the primary wave ⑤ will have the internal structure of an ending diagonal. It seems that the market has recently completed the development of the intermediate wave (4), so in the near future, it could rise in the final intermediate wave (5) to 4066.64.

At that level, primary wave ⑤ will be at 61.8% of primary impulse wave ③.

What Are The Chances Of A Surprise From The BOE?