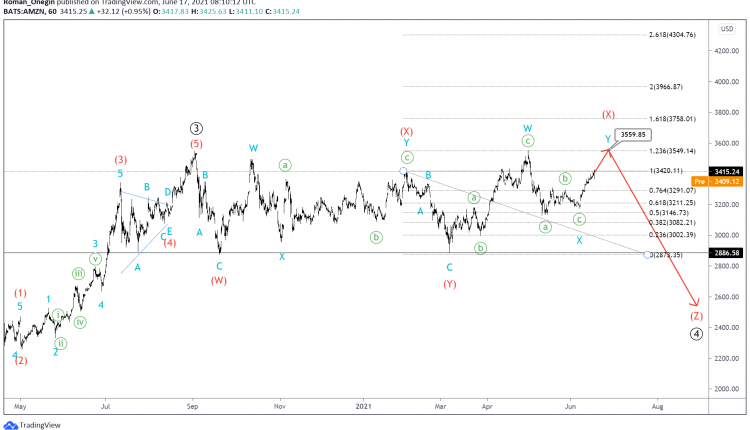 AMZN looks to be in a bullish trend which takes on a ①-②-③-④-⑤ impulse form.

At the time of writing, the long-term primary correction ④ is in formation. It hints at a triple three. In this pattern, sub-waves (W)-(X)-(Y) have ended.

The second intervening wave (X) of the intermediate degree is under development. Wave (Y) is similar to the W-X-Y double zigzag. 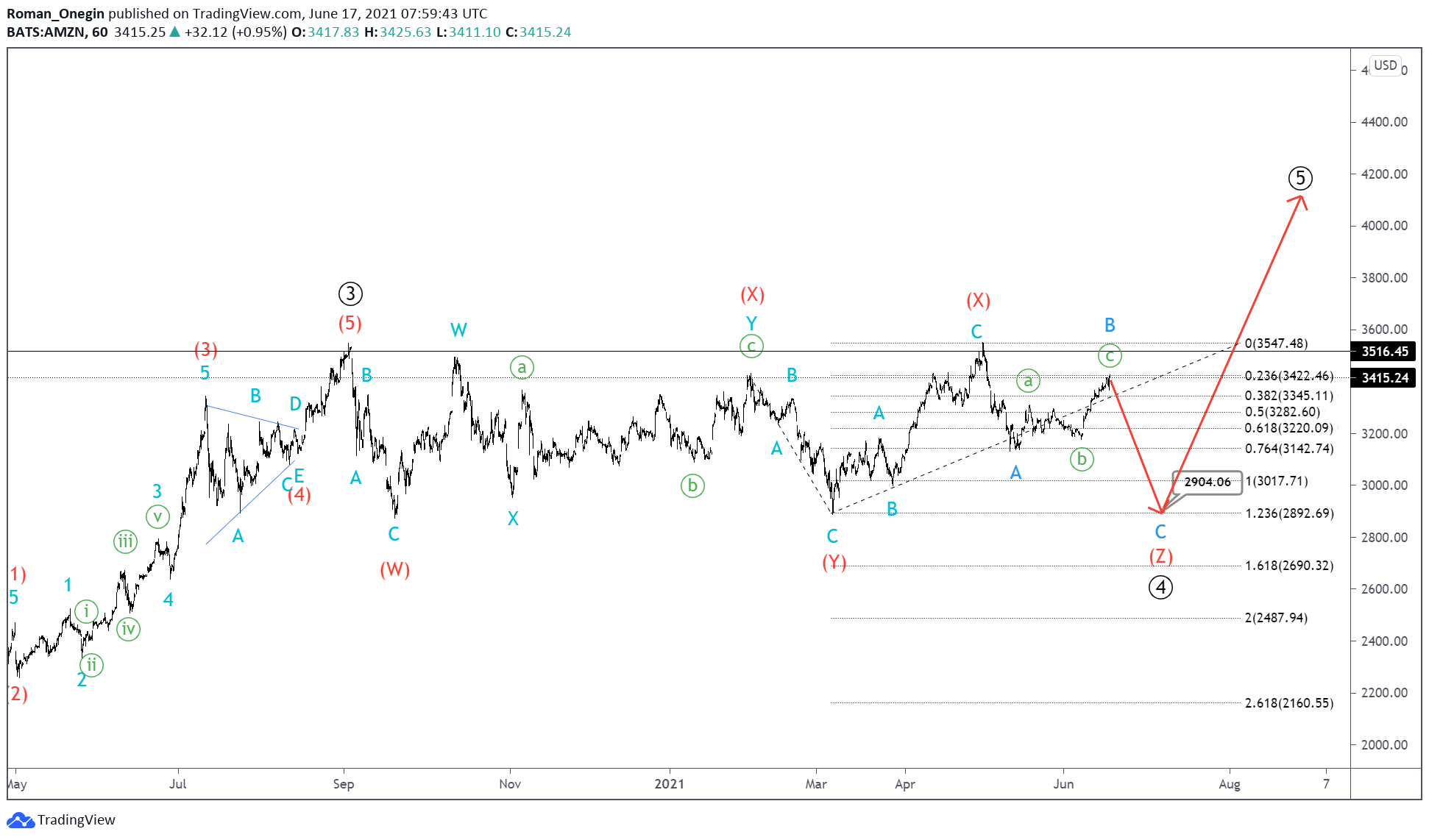 According to the alternative scenario, the formation of the second intervening wave (X) of the intermediate degree, could be completed as part of the primary correction wave ④. It took the form of a minor A-B-C zigzag.

We can also notice a minor impulse A and a zigzag bullish correction B, which are part of the last actionary wave (Z).

After reaching this level, the primary fifth wave could send prices above the maximum of 3516.45.