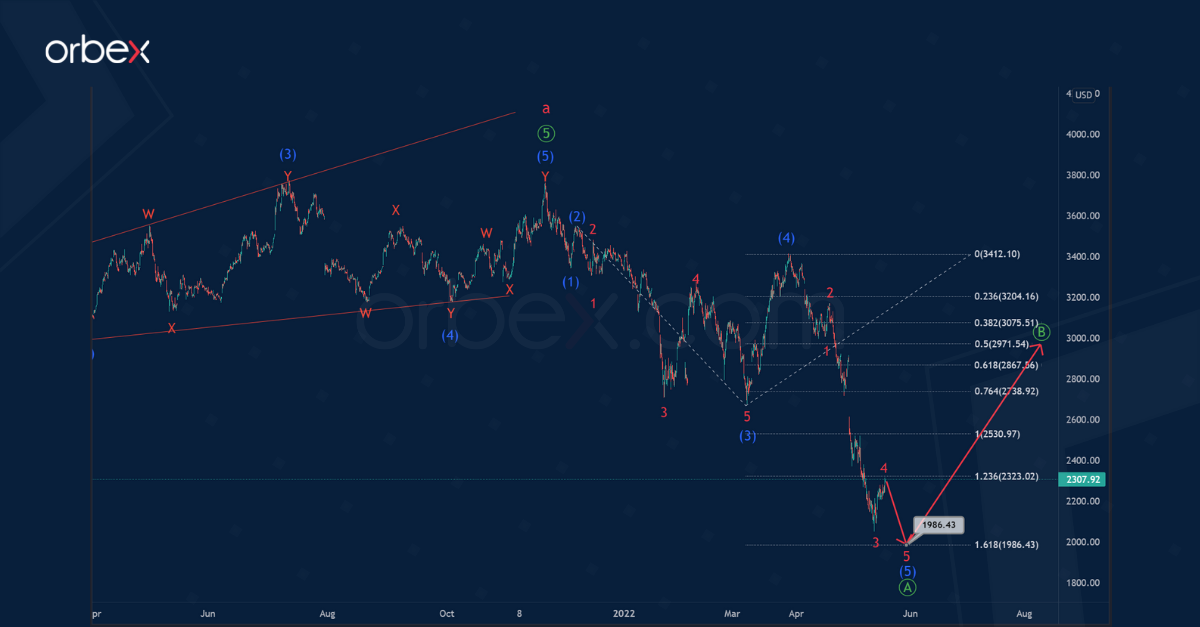 AMAZON shares show the formation of a zigzag consisting of sub-waves a-b-c of the cycle degree.

In the last section of the chart, we see a decrease in the price, which could indicate the beginning of the construction of a bearish correction b. This correction could take the simple form of a zigzag Ⓐ-Ⓑ-Ⓒ.

In the near future, the depreciation of prices is likely to continue in the final intermediate wave (5). This could end the primary impulse wave Ⓐ near 1986.43. At that level, wave (5) will be at 161.8% of previous impulse (3).

After the end of the impulse wave Ⓐ, a price correction in the primary wave Ⓑ is possible. 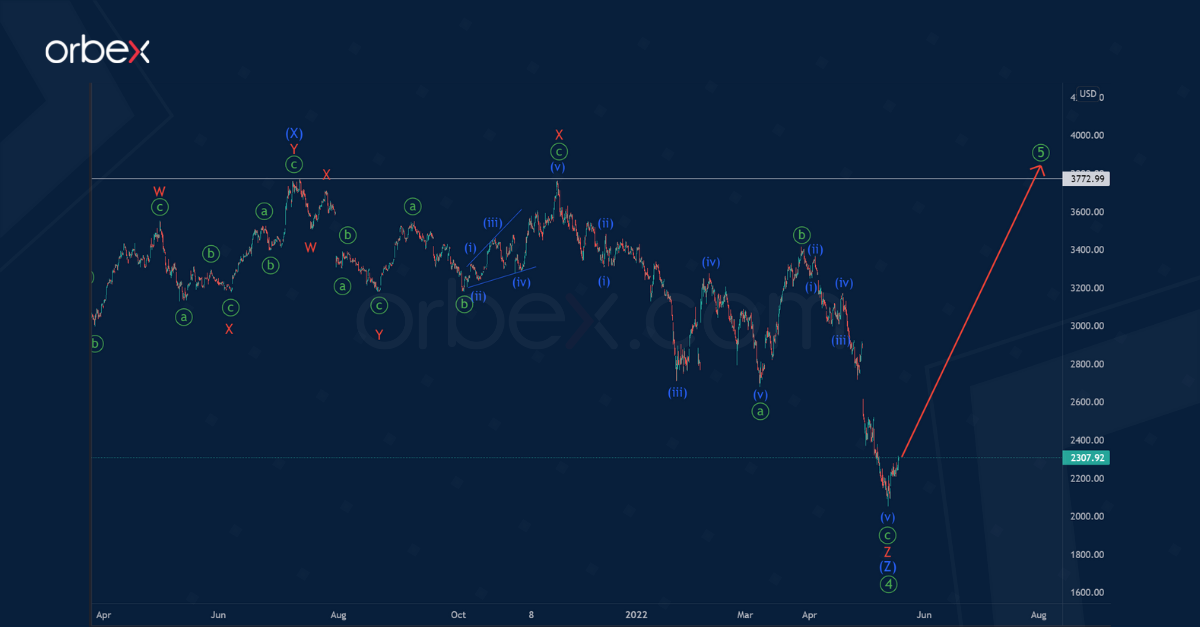 Let’s consider an alternative option in which the market has just completed the formation of the primary correction ④. On the current chart, the final part has taken the form of an intermediate triple zigzag (W)-(X)-(Y)-(X)-(Z).

If our assumption is confirmed, then the market will soon begin to move higher within the final wave ⑤ of the primary degree.