The Animal Kingdom of the forex world.

Every industry is populated with its own jargon and slang. None such much as the trading industry. To any outsider listening in to two traders discussing their performance that day in the markets would feel that they are eavesdropping on two cockneys speaking about their fruit and veg stall.

And if we were to be honest, the similarity between the two is very close.

A good friend of mine and fellow professional in the industry who is indeed a cockney asked to borrow a “pony”. I clearly knew he wasn’t referring to borrowing an actual baby horse but not being a cockney myself I wasn’t aware of if he meant some money and if he did how much A “pony” was, turns out its actually 25 pounds.

This got me thinking of all the animal related jargon that us traders actually use on a daily basis about the markets. So here is my guide of the animal kingdom in the forex world.

Example of use: “sterling bulls are going to get an awakening” or “Man I am so bullish for S&P right now”.

Now the expression bull or bullish is referring to individuals or a belief that an asset will go up in value. The reason why the animal Bull is used in this context is that when a bull attacks, they thrust their horns upwards, which any unfortunate matador on the receiving end, then gets hurtled through the air which is what a bull in the markets believe will happen to the asset they are trading.

Example of use: “the bears have taken over the market” or “due to what Trump is doing I am very bearish for the greenback at the moment”.

The term bear or bearish has the exact opposite meaning to what a bull/bullish refers to. A bear is someone who believes the value of an asset will drop. Now the theory behind the use of the bear is that when a bear attacks its prey it strikes down with its paws, hence in market terms it means something is on a downward direction.

Example of use: “Did you see Mario’s press conference; he was very hawkish”.

The use of the word hawkish is often used to describe the sentiment of a central bank or a representative of a central bank who may hint at the potential of a future rate hike. Hawkish statements are viewed as being aggressive and are usually seen to have a positive effect on a currency. So why hawkish and what does this have to do with a hawk? A hawk as we all know is a bird of prey with very good eyesight that hunts by suddenly pouncing on its victims, so when you are hawkish you are simply being like a hawk; taking an aggressive stance similar to the hunting method used by hawks.

Example of use: “Big disappointment for market today, Janet was so dovish in her statement”

Similar to bearish, being the opposite of bullish, dovish is the exact opposite of hawkish, meaning any central bank official who takes a dovish tone is seen as not being aggressive and not likely to raise interest rates. In fact, in financial terms, doves may even be intending to reduce interest rates to encourage economic growth. The reason it’s used is because doves are known to be passive and placid birds.

Example of use: “Dude, I am totally loving the loonie right now, that’s why I am long on it” or “ I can see the loonie dropping like a stone on the back of that jobs data”.

The loonie, is the nickname traders use for the Canadian dollar. Why? The Canadian one-dollar coin has the image of the common loon on it. The Loon is a bird commonly found in Canada. Traders can be very creative.

Example of use: “Early in the Asian session the kiwi really took a pounding” or “I think I am going to short the kiwi”.

A lot like the loonie, the kiwi takes its name from New Zealand’s national icon, the flightless bird called a kiwi. Creativity has no bounds.

Ok, these expressions go beyond the trading world and you are probably already familiar with them. As you can properly guess, a pig describes a greedy trader and a chicken describes a nervous trader.

So, here is the brief guide to the animal referenced slangs used in trading. If you do end up eavesdropping on a conversation between traders, just because you may understand what they are saying, doesn’t necessarily mean you should follow them as their investment idea could be as dead as a dodo.

The post The Animal Kingdom of the forex world. appeared first on Forex.Info.

Source:: The Animal Kingdom of the forex world. 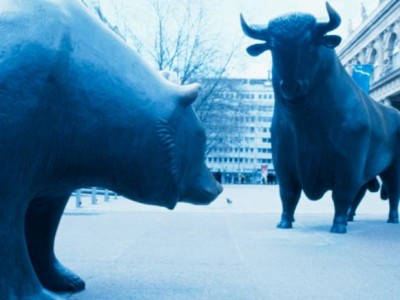 Decide Your Bias – Bullish or Bearish