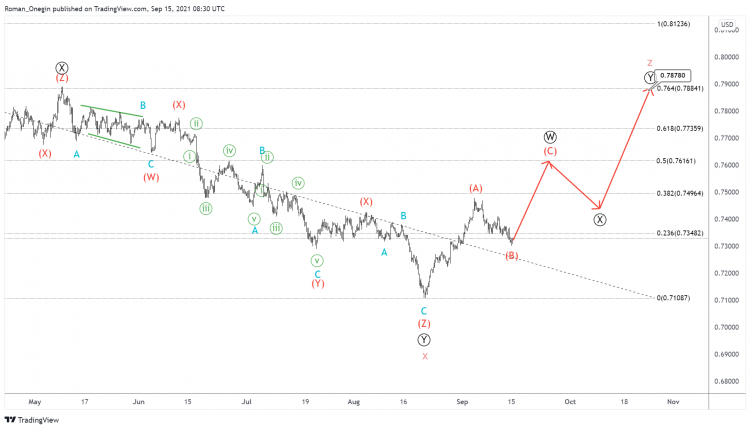 The structure of the AUDUSD pair suggests the construction of a triple zigzag consisting of cycle sub-waves w-x-y-x-z.

On the chart, we can see the end of the actionary wave y. After this, the market formed a bearish intervening wave x. It is likely that this wave has ended, as it represents a double zigzag of the primary degree.

We are currently in the initial part of the final actionary wave z. It will most likely take the form of a double combination, as shown on the chart. 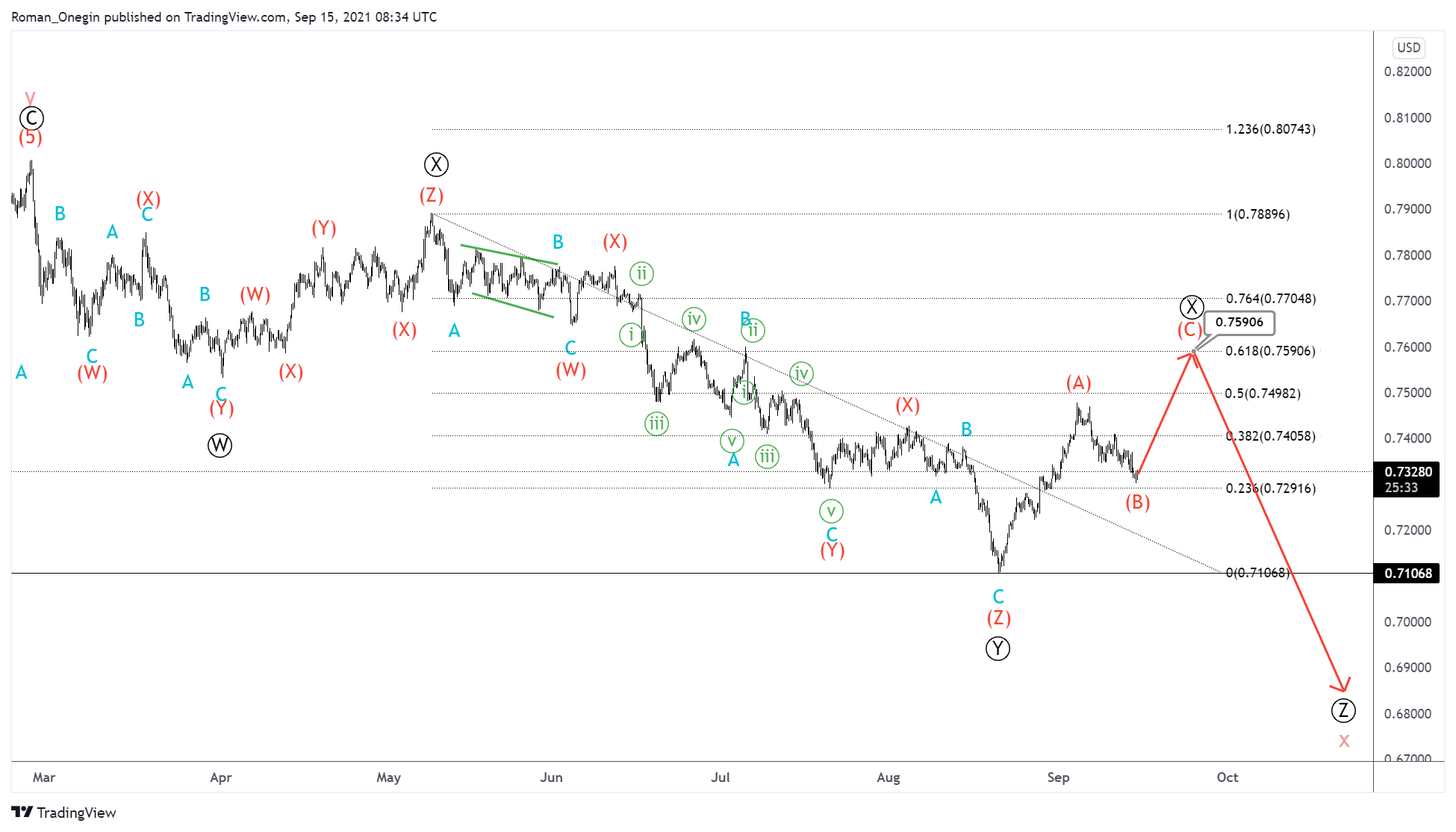 It is worth considering an alternative scenario, in which the formation of the cycle intervening wave x is not complete yet.

We can assume that it takes the form of a triple zigzag Ⓦ-Ⓧ-Ⓨ-Ⓧ-Ⓩ. Perhaps soon we will see the end of the primary intervening wave Ⓧ near the level of 0.759, where it will be at 61.8% of wave Ⓨ.

Then the primary wave Ⓩ may send the price down significantly below the maximum of 0.710.

EIA Inventories And Potential For Crude Price Follow Through