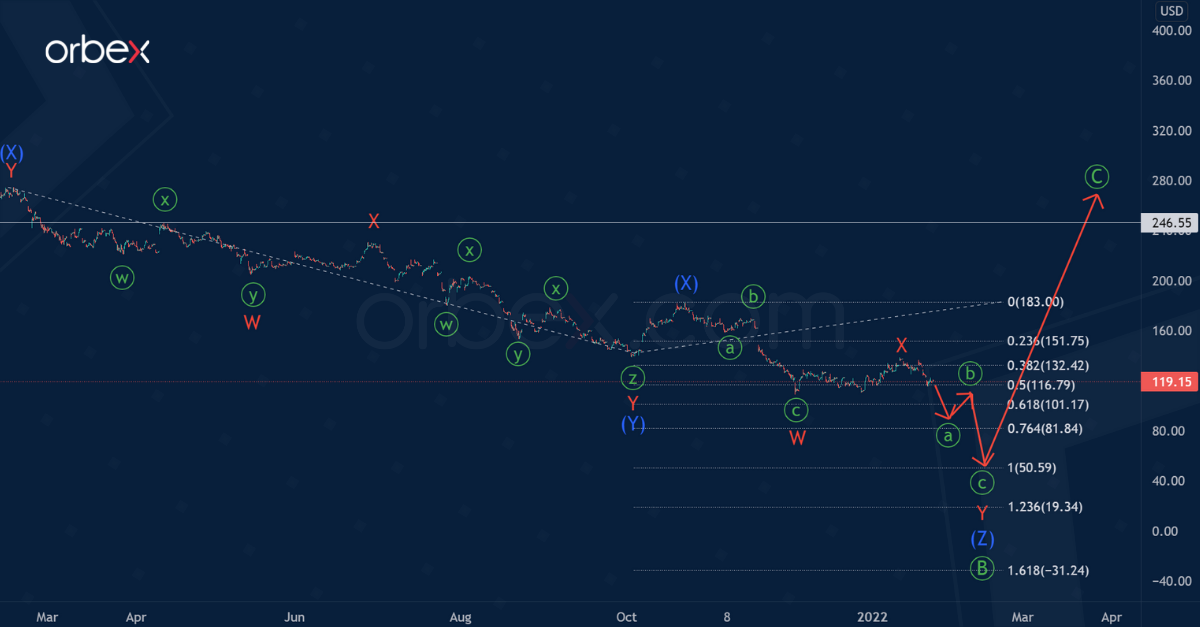 We talked about BABA shares about a month ago. So, let’s recall that the market suggests the construction of a large bullish zigzag Ⓐ-Ⓑ-Ⓒ of the primary degree.

At the time of writing, the price is at the end of the primary correction. This correction could take the form of an intermediate triple zigzag (W)-(X)-(Y)-(X)-(Z). It seems that the intervening wave (X) was completed at the level of 183.00. And now the formation of the final actionary wave (Z) is taking place, the structure of which hints at a complex formation of a double zigzag W-X-Y.

Depreciation in the wave (Z), specifically in its last actionary wave Y in the form of a minute zigzag, is likely to reach the level of 50.59. At that price level, sub-waves (Z) and (Y) will be equal.

After the end of the primary correction Ⓑ, an impulse growth is likely above the maximum of 246.55. 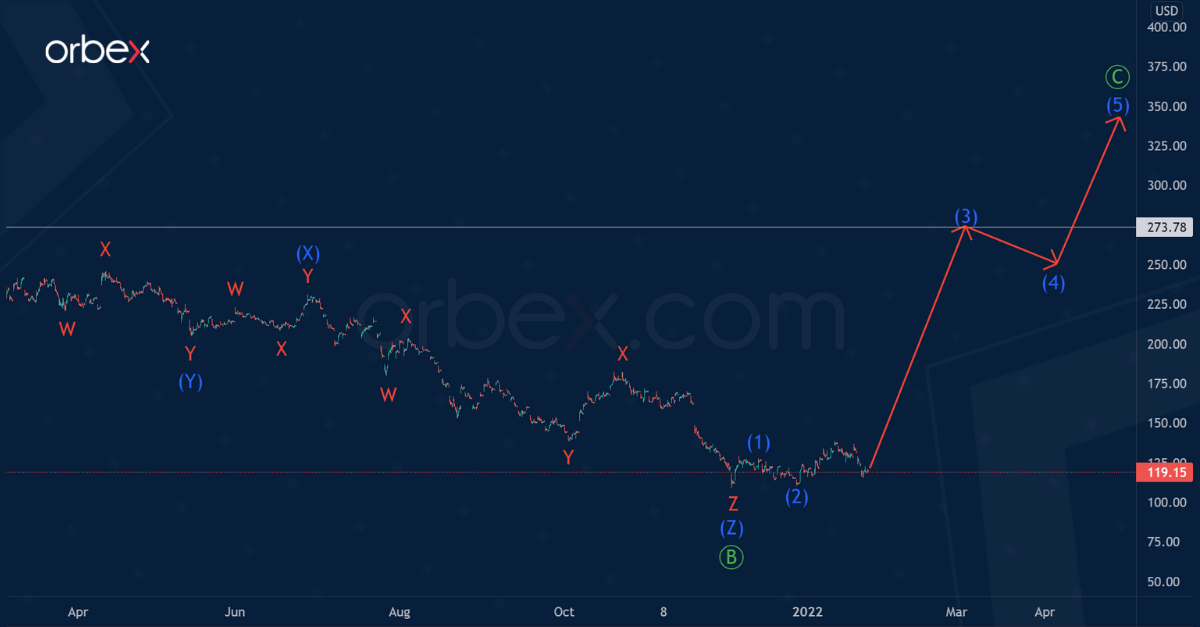 The end of the intermediate impulse (3) is possible near the level of 273.78.