Shares in Bank of America have plummeted in response to a weaker than expected set of Q4 earnings. Both headline earnings and revenues undershot expectations. The report has put an end to the recent rally in BAC shares which saw the company’s stock price trading up from the 106 lows to around 132, a 25% rally from late October.

BAC reported fourth-quarter earnings per share of $1.51, undershooting the $1.81 EPS forecast. This marks a 28% year on year loss in profits for the bank. Meanwhile, revenues were also reported lower than expected at $20.2 billion. It missed the $20.7 billion figure Wall Street was looking for. At this level, revenues were down 10% on the prior year.

“In the fourth quarter, we continued to see signs of a recovery, led by increased consumer spending, stabilizing loan demand by our commercial customers, and strong markets and investing activity. The latest stimulus package continued progress on vaccines, and our talented teammates — who performed well helping their customers through this crisis — position us well as the recovery continues.”

Notably, despite the bumper trading results reported from the bank’s rivals, bac actually attributed a portion of its underperformance over the quarter to losses from the bank’s trading division. BAC reported $1.74 billion in fixed income revenues, undershooting the $2.11 billion projected. Equities trading was slightly better. These came in at $1.32 billion versus the $1.22 billion forecasted.

The company also reported that its plans to repurchase $2.9 billion in shares over Q1 2021 with a further $300 million in equity to be distributed to employees. BAC said that it will maintain its $0.18 quarterly dividend. 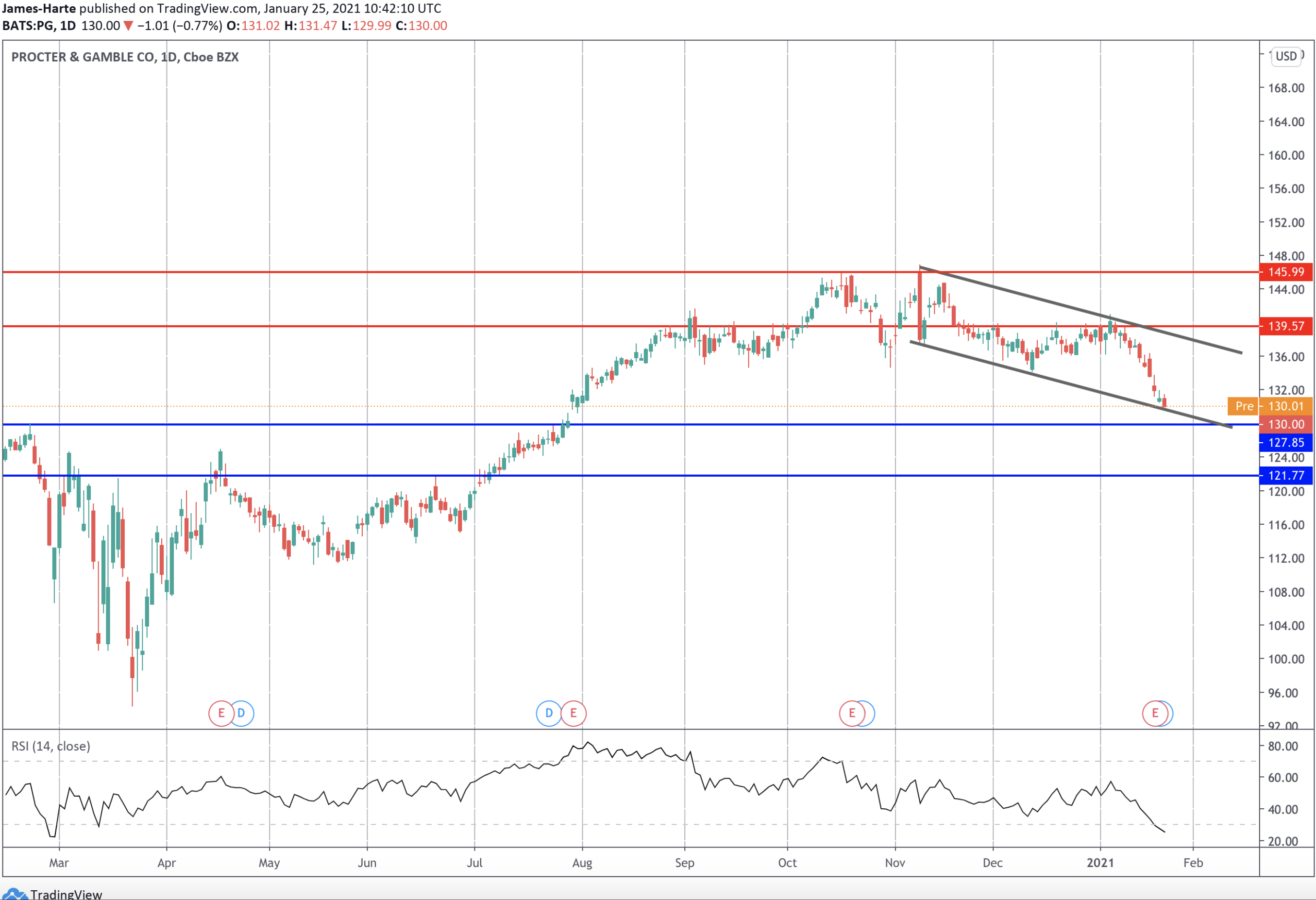 The sell-off in BAC’s shares has seen price collapsing back below the broken bearish trend line as well as the 128.80 and 122.39 level. Price is currently holding above the 115.51 level support. Should price break back below that level, however, the focus will turn back to the 105.31 level next. This is a major support zone for BAC. A break there would be a strong bearish development for the bank’s shares.