“Believe it or not” – pound at the mercy of Brexit rumors

For two years now, traders of the pound/dollar pair have been in one of two border states – either on a wave of optimism or under the yoke of pessimism. This cycle is very consistent and is primarily due to the Brexit theme. The current price trend is also explained by hopes for a “soft” divorce process with Europe.

Let me remind you that last week the pound soared by almost 300 points amid rumors of reaching agreements between London and Brussels on key issues of the negotiation process. In the press there was even an approximate date of the deal – November 21. These rumors are overgrown with new details, spurring the growth of the British currency. Thus, the press reported that the banks of Britain are likely to remain in the European markets. And, despite the fact that officials later denied such agreements, the pound still remained in positive territory.

The fact is that a series of positive signals comes to the market from different sides (not only British, but also European and American publications released by insiders), creating an overall picture of optimism. And they didn’t have time to refute some rumors on Downing street, others appeared in the press, no less encouraging – for example, that Theresa May was able to agree that the country would remain within the European Customs Union. Also, the British press announced a new proposal of Brussels regarding the fate of the Irish border. Relevant publications in the British press appeared last weekend. Thus, on Monday, the GBP/USD pair started the trading week from the northern gap, returning to the 30th figure.

Official London has to refute, not confirm, or simply not to comment on such publications. That’s understandable. Now, if any agreements have been reached within the framework of the working group, but their “legalization” should take place systematically and according to a certain algorithm. This applies primarily to Britain – given the heterogeneity of the political position on the prospects of Brexit among members of Parliament. London should confirm at least one of the published rumors – and the camp of negotiators will be hit by a barrage of criticism from both labour and “conservative hawks”. As noted by many political analysts, at the conclusion of the deal, the British in any case will have to compromise, and the reaction of Theresa May’s opponents, in turn, is too predictable to “open the cards” ahead of time. 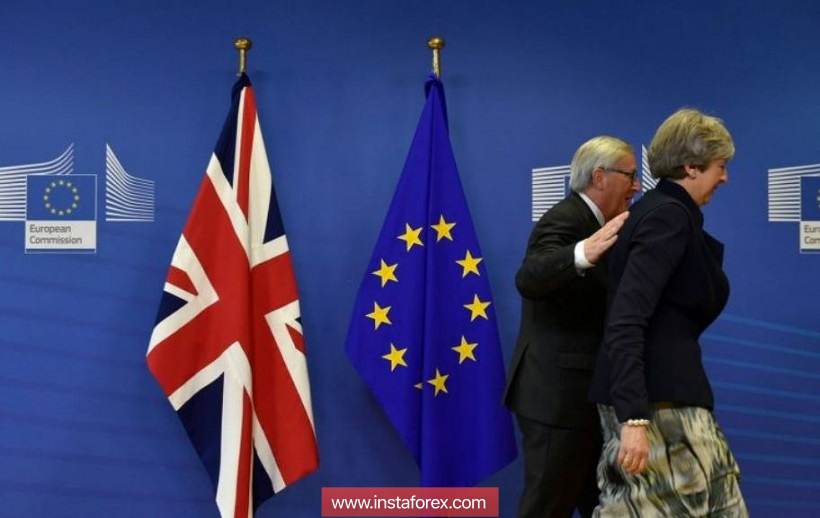 According to experts, the prime minister will announce the terms of the deal only when all the controversial issues are agreed – after that, she will put deputies before a choice: either they support the proposed version of the agreement, or they allow the country to get “derailed” by agreeing to a hard Brexit. In this scenario, any premature hype in the information space is unnecessary – it is therefore not surprising that Downing street refutes any more or less significant rumors about the negotiation process. But the market is not so naive: too much homogeneous information suggests that London and Brussels are on the verge of a deal. And representatives of the British government recognize the progress in the negotiations – but each time they add a remark that the dialogue has not yet been completed and it’s too early to talk about its results.

Thus, the information picture of the day contributes to the growth of the British currency, despite the positions of officials in London and Brussels. Indirectly, the pound is supported by the fact that the MPs failed to announce a vote of no confidence in Theresa May (once again) at the end of October, strengthening her position on the eve of decisive negotiations. This suggests that parliamentarians are more likely to support the version of the deal that May brings from Brussels – because otherwise they will be forced to take responsibility for the chaotic Brexit.

The position of the English regulator also helps to strengthen the pound. The Bank of England last week showed a “hawkish” attitude, positively assessing the current trends in the country’s economy. Moreover, the regulator warned that in the second half of next year the economy could “overheat” if the current growth dynamics continues. This rhetoric has increased the chances of an interest rate hike next spring, and possibly again in the fall. However, such forecasts are also “tied” to Brexit, whose fate is still in limbo.

From the technical point of view, the GBP/USD pair is on the daily chart within the Kumo cloud and slightly above the average line of the Bollinger Bands indicator. This arrangement indicates the uncertainty of traders – both the bulls of the pair and the bears. For the northern trend to develop, the pair needs to gain a foothold above 1.3080 – that is, above the upper limit of the Kumo cloud. In this case, the Ichimoku Kinko Hyo indicator will form a bullish “Parade of lines” signal, opening the way to a fairly large-scale price increase to the 33rd figure. The nearest support is located at 1.2970 (the lower boundary of the Kumo cloud coinciding with the Kijun-sen line). But for greater confidence in the context of the southern movement, traders need to overcome the mark of 1.2865 (Tenkan-sen line on D1). In this case, the northern impulse will finally fade away and the pair will go into the “paws” of the GBP/USD bears.

Source:: “Believe it or not”: the pound is at the mercy of rumors about the prospects of Brexit

The Future of Cryptocurrencies