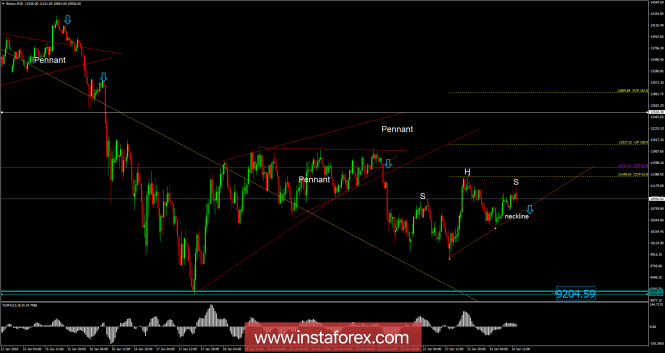 Bitcoin (BTC) has been trading sideways at the price of $10.992. The South Korean government has officially released two sets of previously promised guidelines that specify cryptocurrency regulatory measures. In addition to details of the new real-name system to end anonymous trading of cryptocurrencies, the government also published its anti-money laundering guidelines for banks providing services to cryptocurrency exchanges. The technical picture is neutral to bearish.

According to the 30M time – frame, I found a potential intraday head and shoulders formation in creation, which is a sign that buying looks risky. My advice is to watch for potential selling opportunities if you see the breakout of the neckline. The downward projection for this pattern is set at the price of $9.200.