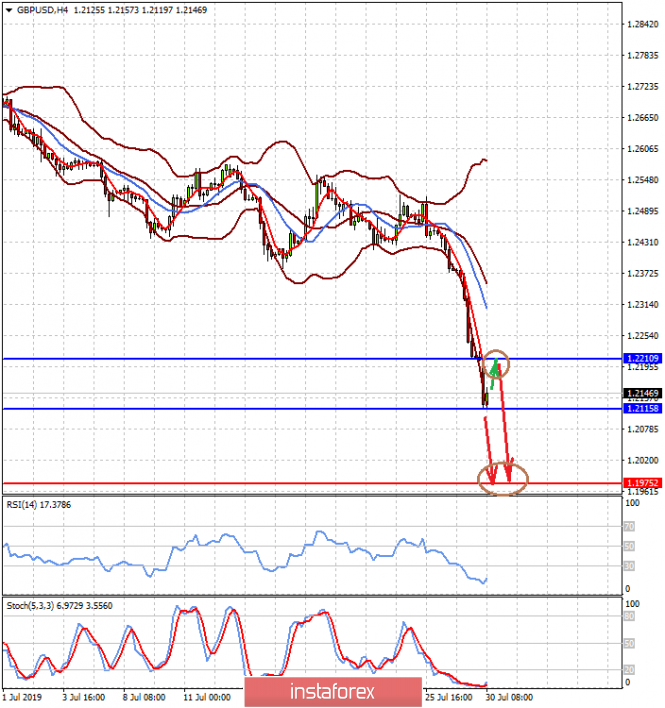 The British currency remains at a sharp peak after Boris Johnson became the head of the Conservative Party and British Prime Minister. The reason for this pressure is the high likelihood that Britain will leave the European Union this fall without any deal.

A bit of background history: During the premiership of Theresa May, the markets continued to hope that Britain would be able to agree on the conditions for leaving the EU. There was an active negotiation process, but after two years, particularly in March of this year, the country should have already left the European Union. Yet, everything ended in nothing. Britain received a deferment until October of this year without actually achieving any changes in its favor. It can be said that the country has returned to the general state of affairs at the time of the outcome of the referendum on the country’s withdrawal in 2016.

So what should be expected in the near future from the situation in Britain on the topic of Brexit and what are the prospects for sterling?

In our opinion, Johnson, who actually represents that part of British business that is interested in the country’s withdrawal from the EU, will achieve its goal in any case. With or without an agreement, Britain is likely to leave Greater Europe, or more precisely, Continental. Here, the position of the US also plays an important role, who “seduce” Britain (through its President) with a new exclusive trade agreement. Given this influence and the position of the prime minister himself, who was and is a supporter of Brexit, the risk of a recession with all the ensuing negative consequences will appear before Britain.

On this wave, we expect the British currency to continue to fall in the short term. Perhaps after a slight rebound, following the Fed meeting, it will continue to decline to the local minimum of January 2017.

From the important data of economic statistics, we single out the publication of the values of the baseline personal consumption expenditure (EFS) index in the USA, the income and expenses of Americans.

The GBP/USD pair found support at 1.2115. Against the backdrop of the Fed’s decision to lower interest rates, we believe that it maintains the prospects for a fall to a local minimum of 1.1975, either after a breakthrough to 1.2115 or after a rollback up to 1.2210.

The EUR/USD pair is trading in the range of 1.1110-1.1150 in anticipation of the publication of these inflation indicators from the States, as well as the Fed’s decision on monetary policy, which will be announced on Wednesday. We expect that this range will continue today, unless, of course, statistics from the United States does not turn out to be much higher or lower than forecasts. 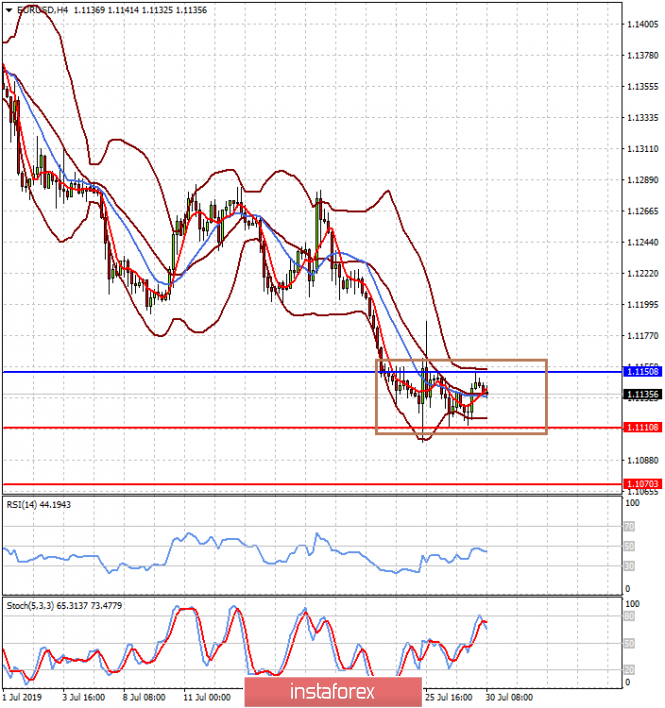 Source:: Britain and the sterling pound are waiting for difficult times (We expect the GBP/USD pair to continue falling after a slight

GBP/USD: Will the Bank of England see a pound?