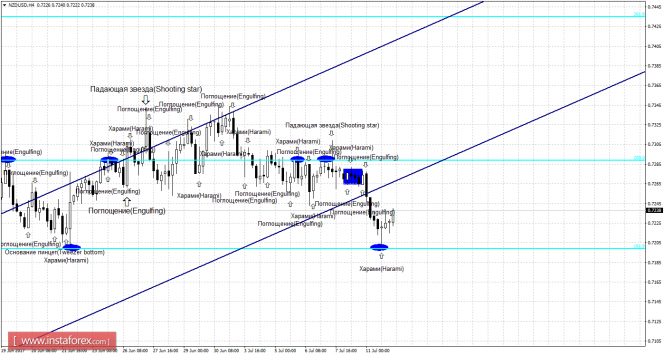 Prices hang up from the correction level of 161.8% to 0.7199 and the formation of bullish Harami candlestick pattern are working in favor of the New Zealand currency.

The NZD / USD consolidated below the correction level of 161.8% which will increase chances of further decline in prices towards the next corrective level of 100.0% – 0.7053. 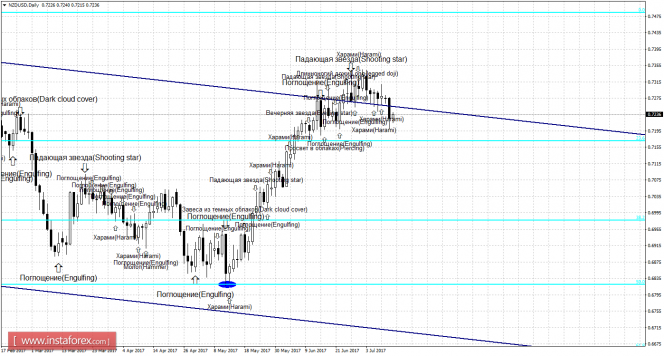 Weak candle formations will be marked with plain text and a smaller size of arrows.

Strong candle formations will be marked with bold text and a larger size of arrows.