Copper is often viewed as the barometer for the global economy. This is simply because of the role the metal plays in the world. Because of its conduction characteristics, the metal is used in the manufacture of electronics. It is also used in the utility industry. Therefore, if the world economy expands, it means that the demand for the metal rises. If there is tepid global growth, it means that the demand for the metal decreases. Most of the world’s copper comes from countries like Chile, Peru, China, and the Democratic Republic of Congo. The biggest of its miners are Codelco, Freeport-McMoran, and BHP Billiton among others. £

Last year, copper production rose by 1.7% to reach 20
million metric tons. Of this, Chile represented about 28% of the world’s total.
The growth in Chile however is skewed considering the long strike that happened
at Escondida in 2017. In the same year, work at Grasberg mine in Indonesia also
stopped as workers striked for more pay. This year, the forecasts show that
supply will continue to rise.

The general health of the global economy will be the main
driver for copper. The recent rally is mostly because investors expect a deal
between the United States and China may help increase the demand. The chart
below shows that the demand will rise this year and in 2020 in all the major
geographies.

Like all metals, the price tends to move according to the
underlying economic picture. A better global environment means that demand
rises and vice versa. Therefore, in the coming days, traders may continue to
pay close attention to the ongoing trade talks. Today, China’s vice premier Liu
He will be in Washington. He will hold high level discussions with Steve
Mnuchin and Robert Lighthizer. A deal between the two countries will likely
lead to a higher price of copper because of the perceived rise of demand.

As shown in the chart below, the price of copper has
continued to rise this year. It has reached a high of $2.78. The price has
remained above the short and long-term moving averages while the average
directional index has continued to increase. There is a likelihood that the
price will remain being volatile. This is evidenced by the Average True Range
(ATR) 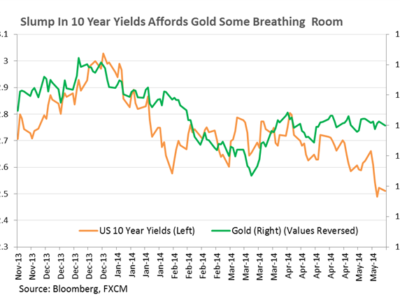 Gold and Silver Aim Higher As US Dollar’s Slumber Continues