Crude oil prices have been sharply higher again this week. The market extended recent gains by a further 8%.

Powell pushed back against speculation that the Fed might look to scale out of easing earlier than expected. He reiterated that plenty of downside risk and uncertainty remains in the outlook.

In light of the comments, the dollar has turned lower again with equities and risk assets resuming upside.

The rally in crude prices this week came despite the latest report from the Energy Information Administration.

The EIA reported that US oil inventories had increased by 1.3 million barrels in the week ending February 19th. This puts an end to the seven consecutive weeks of drawdowns the market had experienced.

With this increase, crude inventories are now back at 463 million barrels, sitting right on their five-year seasonal average.

Gasoline inventories were virtually unchanged on the week, holding around 1% above their five-year seasonal average.

Distillate stockpiles, meanwhile, came in lower by 5 million barrels over the week. The category, which includes diesel and heating oil, is now sitting around 3% above its five-year seasonal average.

Looking at demand, the total products supplied number averaged 19.5 million barrels per day over the last four weeks, down 3.9% on the same period a year prior.

Oil demand has been steadily increasing over recent months, moving down from highs of above 20% on the prior year to current single-digit lows.

Gasoline products supplied averaged 7.8 million barrels over the last four weeks, down 12.3% on the same period a year prior.

Meanwhile, distillate stockpiles were seen averaging 4.2 million barrels per day over the last four weeks, up 6.4% on the same period a year prior, reflecting a strong build in demand. 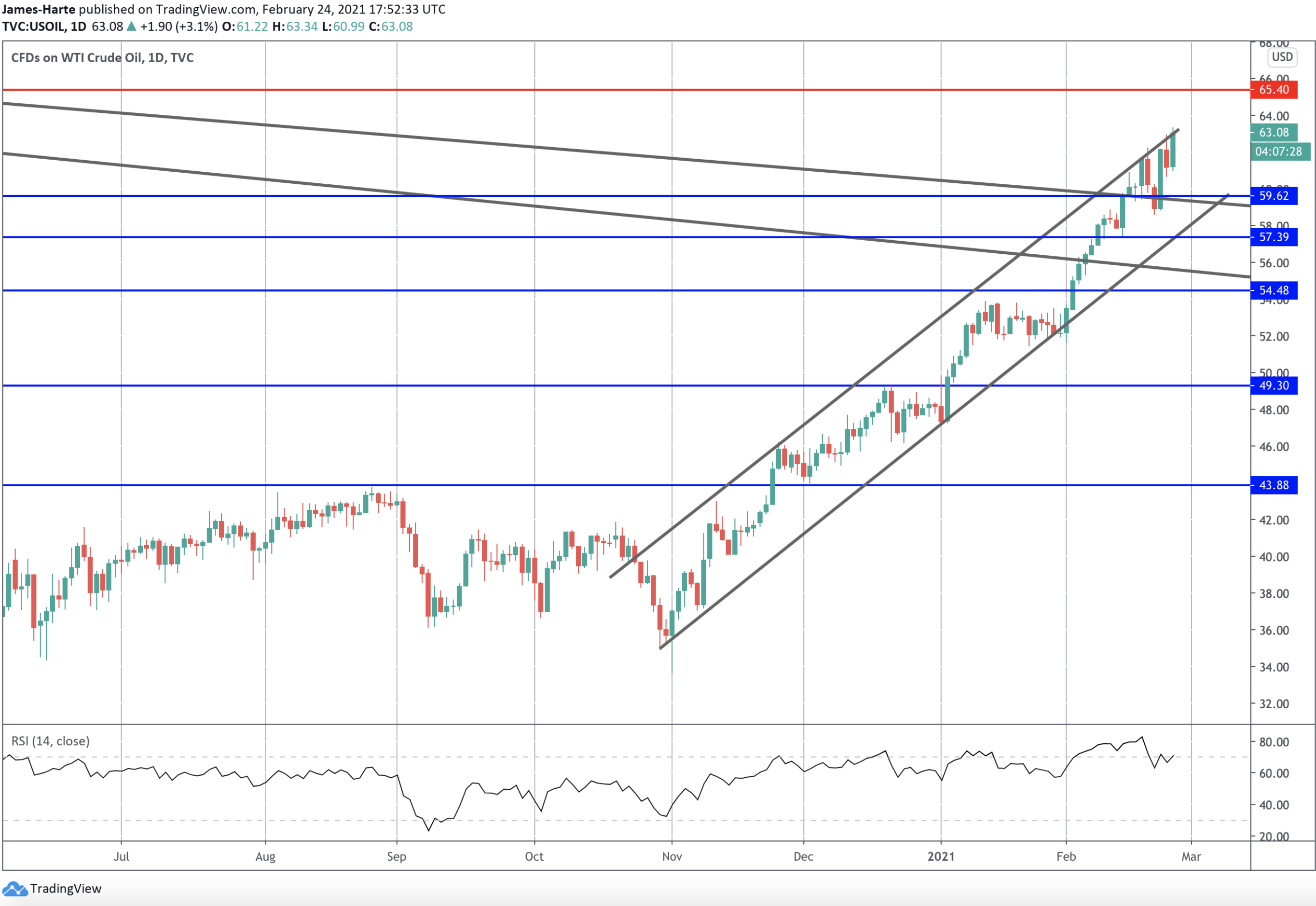 Crude prices found support at the retest of the 59.62 level this week and have since turned higher again. Price has now broken out to its highest level since 2018 and is currently testing the top of the bullish channel running from 2020 lows. While price holds above the 59.62 level, the bias remains bullish with a focus on a test of the 6540 level next.