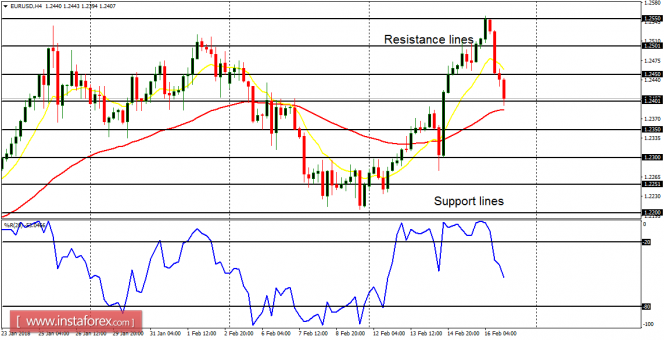 USD/CHF: The USD/CHF consolidated on Monday and
then began to come down on Tuesday. Price has dropped 600 pips since January
10, and the support level at 0.9200 was tested before the current upwards
bounce came into being. As long as the EUR/USD is being corrected lower, the USD/CHF
would continue going upwards, leading to a bullish bias eventually. 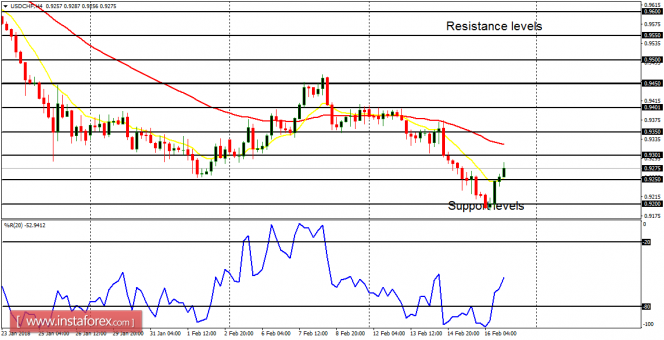 GBP/USD: The
Cable tested the accumulation territory at 1.3800 and then went upwards towards
the distribution territory at 1.4150 (nearly touching it). The pullback that
followed after it helped retain the bearishness in the market. The price
closed at 1.4030 on Friday, and could go far lower and lower, because the
outlook on the GBP pairs is somewhat bearish this week. 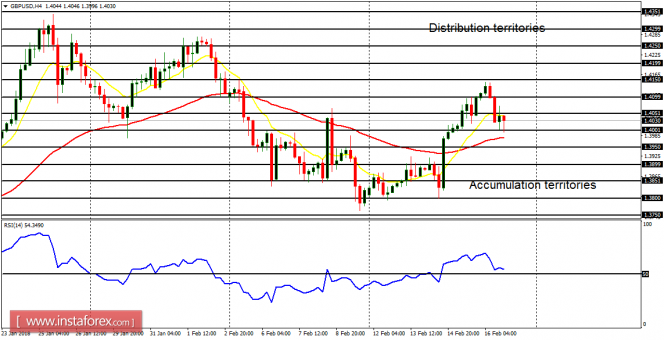 USD/JPY: The USD/JPY pair has dropped by 720 pips since
January 8. Price slammed into the demand level at 106.00 and then bounced
upwards. The upwards bounce could offer another nice opportunity to short the
market, because there is a Bearish Confirmation Pattern in it. The outlook on the JPY pairs remains bearish for this week, and the demand levels at 106.00,
105.50, and 105.00 could be targeted. 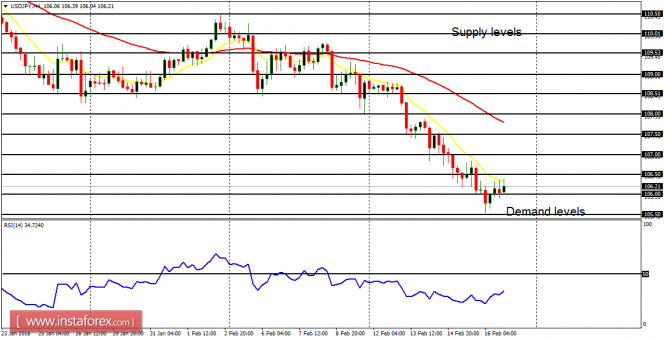 EUR/JPY: From
the top of 137.50, the EUR/JPY cross has nosedived by at least, 550 pips. Last
week, the movement of the market was a kind of choppy and sideways (in the
context of a downtrend), but bears had been able to pull their weight, since the price
closed below the supply zone at 132.00. The outlook on the market remains
bearish, and that might even be aided by the weak EUR. 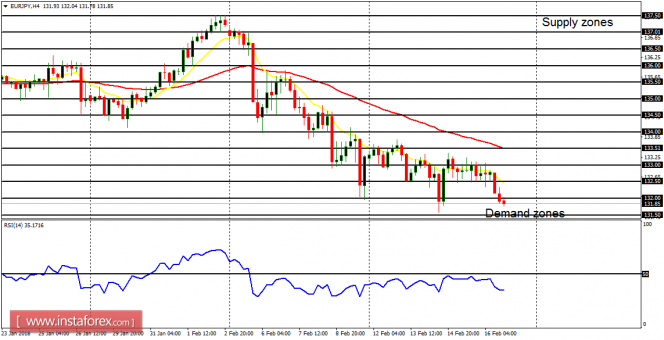 Technical analysis of USD/CHF for February 20, 2018