The currency pair dropped significantly today and erased the yesterday’s gains. The current drop invalidates the yesterday’s breakout above a dynamic resistance. We’ll see what will happen in the upcoming hours as the fundamental factors will take the lead. The USD could lose some ground as the United States data have disappointed earlier. The Aussie dropped in the morning as the Australian Retail Sales have increased only by 0.0% , less versus the 0.4% estimate, while the AIG Services Index dropped from 52.1 to 51.4 points.

The USD has taken a hit earlier from the Non-Farm Employment Change, which was reported at 261K in October, lower versus the 312K estimate, while the Average Hourly Earnings increased only by 0.0%, less versus the 0.2% estimate. The US Unemployment Rate decreased unexpectedly, from 4.2% to 4.1%, but the USDX plunged as the Trade Balance disappointed as well. 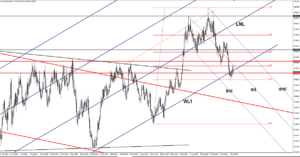 The AUD/USD dropped and failed to retest the median line (ml) of the minor descending pitchfork. Is located below the WL1 of the major ascending pitchfork, a false breakout above this level will signal a further drop in the upcoming period. The rate is pressuring the 0.7675 static support, but is premature to say that the rate will drop much deeper at this moment because the fundamental factors could force it to close the week above the WL1 level. 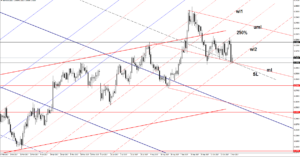 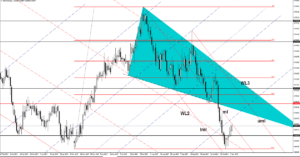 The rate increased and resumed the minor bullish movement as the USD was punished by the USDX’s drop. Price is pressuring the median line (ml) of the minor descending pitchfork, a breakout seems imminent if the dollar index will drop much deeper after the poor US data.

I’ve said in the yesterday’s article that price will increase further if will jump above the median line (ml) and if will stabilize above the 0.6885 level.