There are only a few hours left before the announcement of the results of the Fed meeting but even now, among financial experts, there are ongoing debates about further actions by the regulator. Let us consider the main scenarios of this evening and the possible consequences for the US dollar.

Scenario number 1. Most likely. To be more precise, the most discussed by experts. In their opinion, the Federal Reserve will raise the rate today but will take a more cautious position regarding the pace of tightening next year. The dotted schedule of the Fed (in its latest edition) says that the regulator will increase three times the rate in 2019, a total of 75 basis points (that is, to 3.25%). After that, one increase is expected in 2020, and in 2022, two rounds of decline. In other words, the baseline at the moment reflects the rate increase to the upper limit of the neutral range, and then decrease to the optimum, in the opinion of the Fed, level, that is, to three percent.

So, most experts are inclined to think that the Fed will revise these plans, reducing the number of proposed increases to two. Since this scenario is the most popular in a kind of “rating” of experts, its implementation will entail a modest decline in the US currency.

Scenario number 2. Optimistic. According to this scenario, the US Central Bank will not revise plans for the next year, thereby maintaining the likelihood of a threefold increase next year. At the same time, Jerome Powell can voice rather soft rhetoric, primarily regarding concerns about the further growth of the country’s economy. In my opinion, in this case, Powell will not be able to contain the growth of the dollar, as the market focuses primarily on the scatter chart.

But the third scenario is not so unambiguous in the context of a possible market reaction. According to some analysts, the head of the Fed may declare that the cycle of tightening monetary policy is gradually coming to an end. Earlier, he had already voiced a similar thesis. In his opinion, the rate is “slightly below” the neutral range, the scope of which is limited to 2.5% – 3.5%. Today, Powell can clarify his idea by “linking” the incoming data with the perspectives of monetary policy.

In other words, the Fed will continue to act according to the situation. If it determines that the tightening of monetary policy adversely affects the dynamics of key macroeconomic indicators, this process will be paused. Such a position may be perceived by the market in hostility. The fact is that recent signs of a slowdown in the American economy have been recorded. In particular, alarming signals come from the manufacturing sector, housing, and agriculture. According to the September forecasts of the Fed, the US economy should grow by 3.1% this year, next year, up to 2.5% and in 2020, up to two percent. If the head of the Federal Reserve announces the above idea, and GDP growth forecasts are revised downward, the dollar will not be good again. 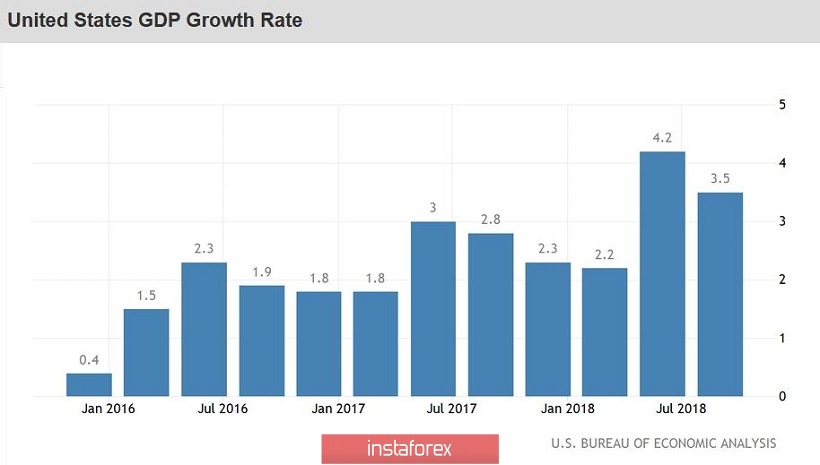 In addition, if the regulator focuses on dependence on incoming data, then a logical question will arise. How will the regulator isolate the influence of monetary policy from other fundamental factors? For example, recently published statistics from China suggests that the world’s largest economy is slowing down, and this fact is likely to affect the dynamics of the global economy. And the very fact of a trade war negatively affects some areas of the American economy (in particular, the agricultural sector). Therefore, it will be quite difficult to accurately determine the “culprit” in slowing down the main indicators.

Despite the fact that almost all currency strategists do not expect “hawkish” notes from the Fed, a strong bias in the other direction is also not expected. After all, if the Federal Reserve today suddenly listens to the US president and postpones the rate increase, then the market response will be difficult to predict, given the almost 80 percent chance of an increase in the rate to 2.5%. It is doubtful that the members of the regulator will take such a risk, provoking a volatility storm not only in the currency market but also in the stock markets.

However, directly raising the rate to 2.5% will not impress investors. This fact is already largely embedded in current prices and will certainly be taken for granted by the market. But the new forecasts for the economy, monetary policy and especially the comments of the head of the Fed will determine the vector of movement of the US currency at least a few weeks ahead.

As a rule, such turning events lead to strong price fluctuations, especially when intrigue persists until the last minutes.

Today is the case.

Therefore, to talk about any technical levels at the moment is impractical, since a strong price impulse can break both support levels and resistance levels.

Annual inflation in the eurozone in November was 1.9%

Zero investor activity and falling markets: is the Fed to blame?