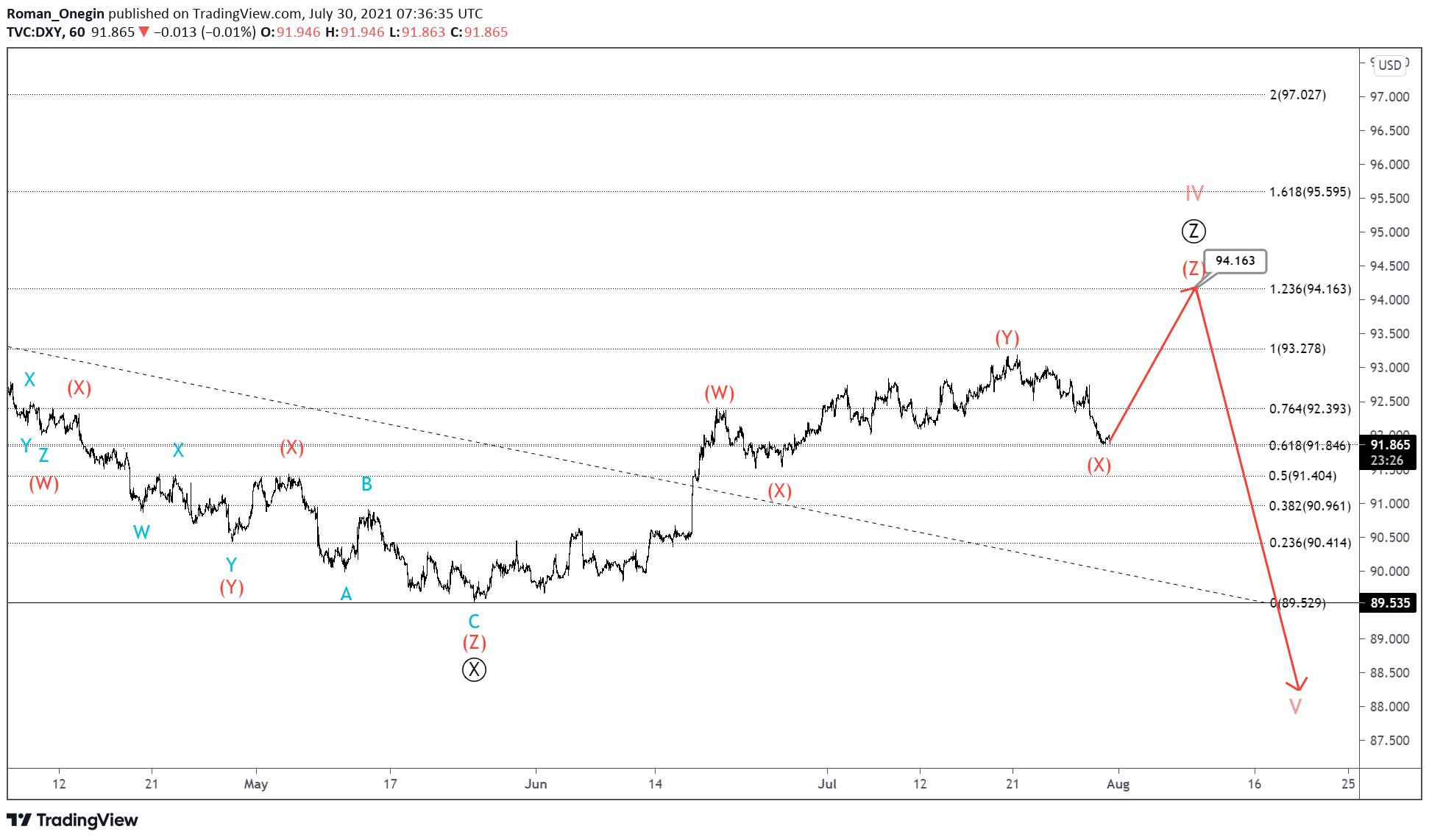 The current structure of the DXY index suggests that we are in a correction wave IV of a cycle degree. Its formation is similar to a large triple Ⓦ-Ⓧ-Ⓨ-Ⓧ-Ⓩ zigzag.

The first four parts of this zigzag have ended. Now we can expect that the intermediate wave (Z) will complete the corrective move and with it the primary wave Ⓩ. In the following trading days, the price could rise to the level of 94.16.

After reaching this level, the index is likely to decline with wave V below the minimum of 89.53. 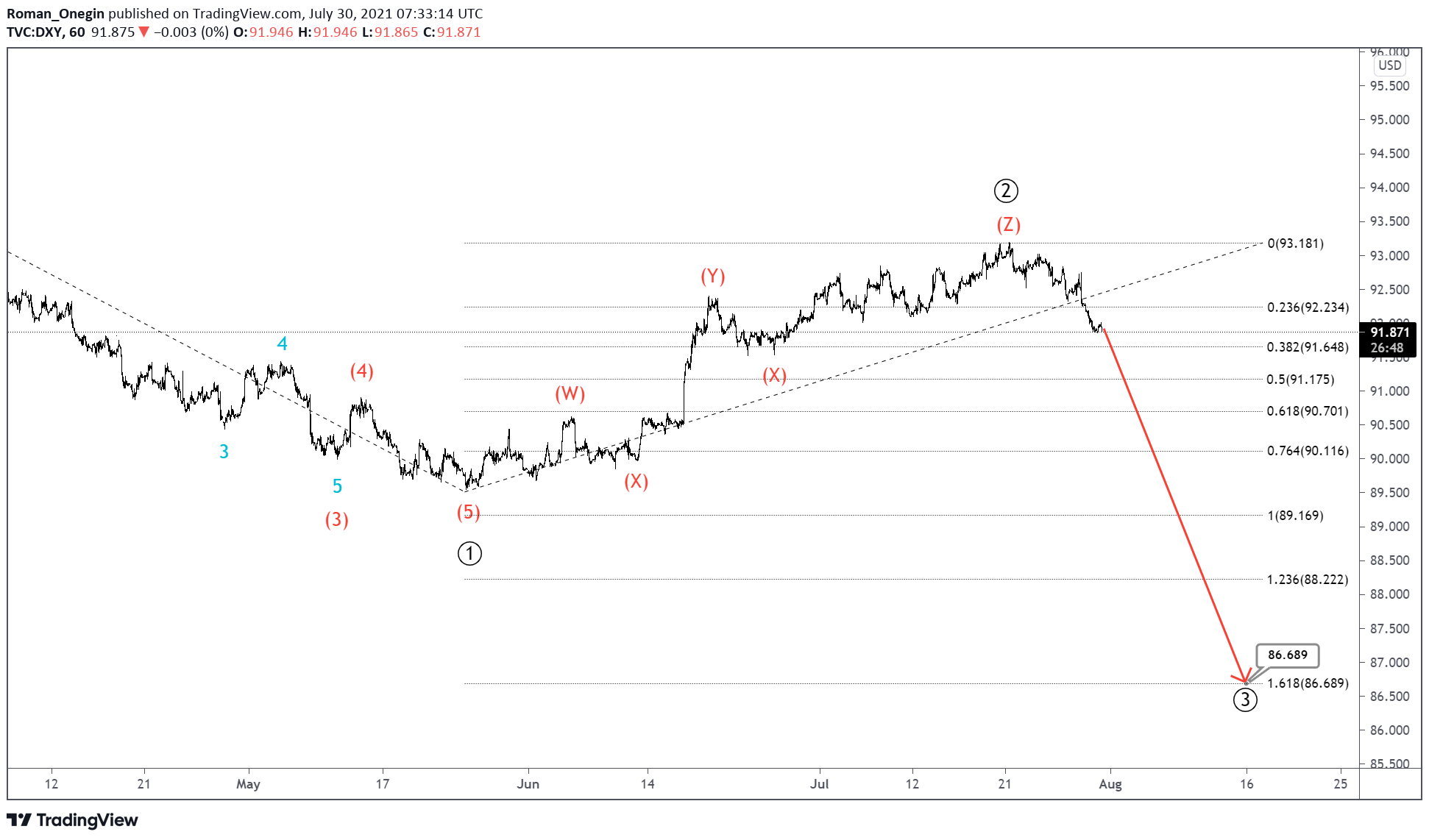 The alternative scenario looks at a completed cycle correction IV.

The fifth wave of the cycle degree is under construction. This has completed primary sub-waves ①-②, where ① is an impulse, and ② is a triple zigzag.

If this scenario is confirmed, the market could decline with the primary wave ③.