The dollar index yesterday again updated the annual maximum, reaching 97.52 points. The last time the indicator was in this area at the beginning of last year, when traders were inspired by Trump’s intentions to carry out tax reform. To date, the US currency is growing on expectations of an increase in interest rates in December and over the next year.

Strengthening the greenback affects the dynamics of all dollar pairs, and the EUR / USD pair is no exception. Yesterday, the price once again updated the low of the year, dropping to a mark of 1.1217. With all the strength of the American currency, dollar bulls would not have been able to “break through” strong levels of support “alone,” here Italy and Brexit are the main drivers of decline.

The technical picture of the pair suggests that the downward movement can be continued. The closest, most powerful support level is 1.1000. The tenth figure is a psychologically important mark, the breakthrough of which will be accompanied by the breakdown of stops and a sharp downward movement (although this impulse may also have a short-term character). In any case, the main stronghold of the pair bears is the “round” level of 1.10. However, this does not mean at all that the price will automatically slide down. In this case, the tenth level can serve as a springboard from which traders will buy a pair. The current dynamics of the pair fully and entirely depends on the external fundamental background.

Here, the traders should pay attention to the minimal, but still price pullback EUR / USD, which occurred during the Asian session (during the European session, the correction weakened). The European currency has received unexpected support from China. So, it became known last night that Vice-Premier of the State Council of China Liu He is preparing to visit the United States to hold preliminary trade talks with the Americans on the eve of the G-20 summit where Donald Trump and Xi Jinping should meet. It is worth noting that information about the visit of a high-ranking Chinese official is in the nature of rumors and there is no official confirmation of this. There are indirect factors that indicate a high probability of such a scenario. For example, on the eve, Liu He held a telephone conversation with US Treasury Secretary Steven Mnuchin, the parties tried to find common ground in the context of future trade negotiations.

According to the American press, it wasn’t possible to do this in a telephone mode. The Chinese insist that the proposals be discussed after the parties agree on the general principles of future “coexistence”, that is, cooperation. Washington, in turn, expects direct and concrete proposals from Beijing for the conversation of the leaders to be substantive. Although the parties have different visions of trade negotiations, the fact remains that the United States and China use every opportunity to come to a consensus before the end of November, when the G20 will be held in Argentina.

This fact increased risk-taking in the markets, after which the dollar slowed down its rally, and the European currency was able to demonstrate corrective growth. Also, the EUR / USD pair is affected by the ambiguous Brexit situation. The proximity of the deadline forces traders to succumb to panic, although any encouraging rumor is perceived by the market quite rapidly. For example, yesterday a pair of GBP / USD traded in the range of 100 points, reacting to a contradictory news background. The euro cannot ignore such price flights, so any positive attitude towards Brexit will slow down the decline of the EUR / USD pair, and if the parties do come to an agreement, the euro will quickly return to October levels. 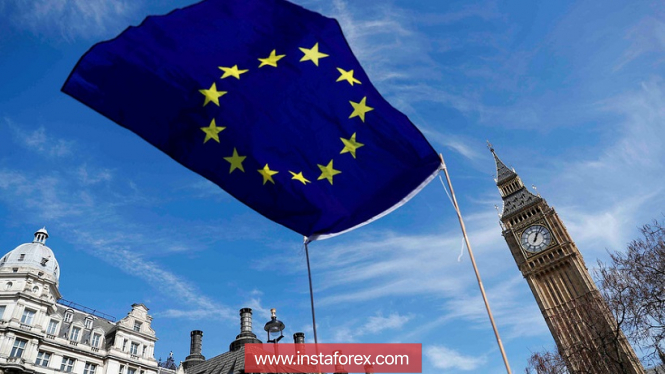 Thus, the fate of the single currency still depends on external factors. US-China trade relations play a minor role in this regard, while Brexit’s prospects have a more significant impact. The Italian problem is already largely “played out” by the market, since Rome’s decision was already known on Friday. The level of the budget deficit by the Italians will not be revised, so now it’s up to the European Commission, which should announce its decision on November 21. Most likely, the EC will begin a disciplinary procedure, after which Italy will have to pay a substantial fine but this process can take several months.

In summary, it should be noted that the overall fundamental background for the EUR / USD pair is negative, but the risk of price pullback is still great. Over the next day, the fate of the Brexit will be decided. If London and Brussels can agree to hold the November summit, the fundamental picture will change significantly. The dollar bulls will not be able to reverse optimism about Brexit’s prospects. If the sides remain in their positions, the southern dynamics of EUR / USD will continue with a new force.

“Believe it or not” – pound at the mercy of Brexit rumors