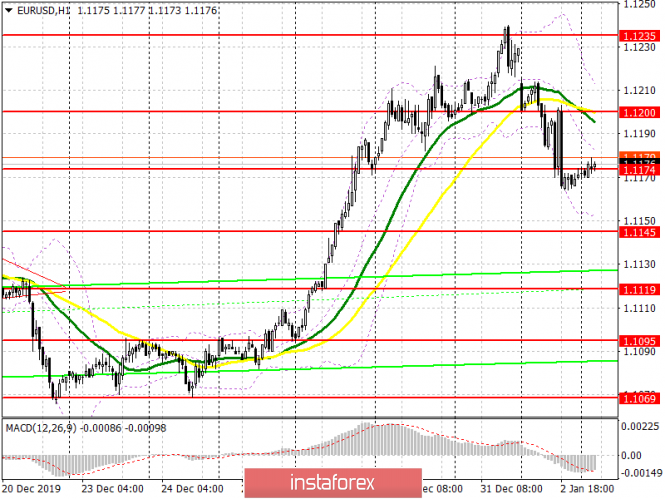 Yesterday’s data on manufacturing activity, which slightly improved in some countries of the eurozone, put pressure on the euro, as production continued to decline in December last year. Today, emphasis will be placed on data on the German labor market and on the report on inflation, which may put pressure on the euro even more. The bull needs to protect the level of 1.1174, which they missed yesterday, since only this scenario will return the pair to the resistance of 1.1200, on which the further upward trend will depend. Consolidating above this level will return EUR/USD to a high of 1.1235 and lead to an update of the resistance of 1.1263. In case the euro further declines after a weak inflation report, it is best to return to long positions on a false breakout from support at 1.1145, or buy immediately for a rebound from a low of 1.1119.

Sellers will be waiting for a weak report on the reduction of inflation in Germany, which will lead to the formation of a false breakout in the resistance area of 1.1174 and will maintain pressure in the EURUSD pair. The first goal of sellers will be to support 1.1145, where I recommend taking profits. In the scenario of its breakout, we can count on a larger bearish momentum already in the area of a low of 1.1119. If sellers are not able to cope with resistance at 1.1174 in the morning, then you can return to short positions after a test of a high of 1.1200, or sell the euro immediately to rebound from resistance at 1.1235. However, such a scenario can only be realized in the event of a sharp increase in the euro after the publication of the minutes of the Federal Reserve.

Trade is conducted below 30 and 50 moving averages, which indicates the preservation of pressure in the short term.

Source:: EUR/USD: plan for the European session on January 3. Inflation in Germany could hurt the euro even more. Bears aim for 1.1145 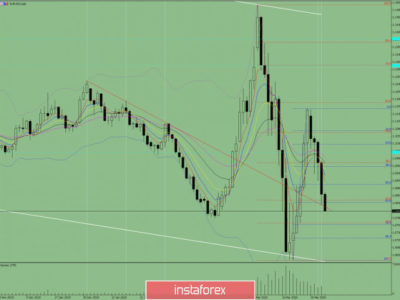