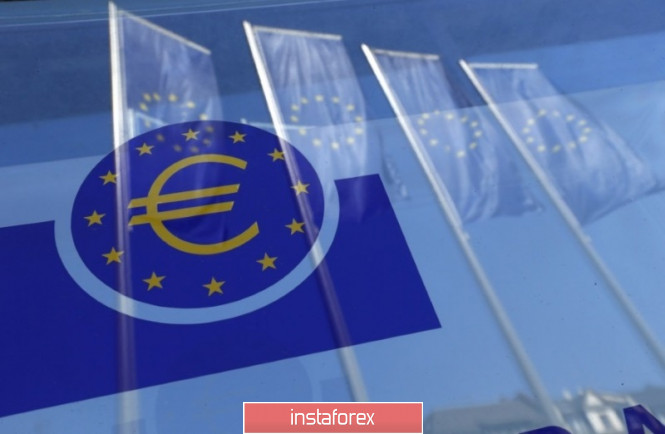 The European currency continues to lose its position against the US dollar and a number of other world currencies amid fears that the European Central Bank will announce fundamental changes in monetary policy on Thursday.

Despite a number of quite satisfactory fundamental data on the European economy, including inflation, most experts predict that the European regulator will take significant measures and resort to lowering interest rates.

The Central Bank may also adjust its leading indication, saying that the key interest rate will be lowered by 10 basis points in September. Also, the ECB is developing a new package of measures aimed at stimulating economic growth, so even if the European regulator does not lower rates at this meeting, it will certainly publish guidelines related to further monetary policy, and the revision of forecasts will have a negative impact on the euro, which is already reflected in the market of risky assets.

The main problem for the ECB remains low inflation. Data last week, which indicated that consumer prices are far from the target level, only strengthen the confidence of market participants in the fact that the Central Bank will resort to more drastic measures. Get rid of the next statements about the need to wait for the new fundamental reports is unlikely to succeed.

Yesterday, there was news of a possible change in the ceiling of the US national debt. At the weekend, the Speaker of the House of Representatives Nancy Pelosi and US Treasury Secretary Steven Mnuchin discussed raising the debt limit. The meeting went quite well. It is noteworthy that the increase in the limit was agreed immediately for two years.

The current agreement implies an increase in the limit of public spending by 320 billion US dollars, but the figure may not be final. An additional problem for the agreement is the deadlines since, in just five days, the House of Representatives is leaving for the August holidays. But apparently, the Republicans and Democrats will be able to agree on the level of public spending and raise the debt ceiling, as none of them wants to repeat the scenario of last year.

American President Donald Trump has already said that the administration is conducting very good negotiations on the debt ceiling with congressmen, but called the Democrats a group of racists who create problems, since they are still very young, have little experience and are not very smart.

As for yesterday’s fundamental statistics, it went unnoticed by the market, as it was not of great importance.

In the afternoon, a report on the national economic activity index from the Chicago Fed was released, where growth was recorded in June this year. However, the value remained at a negative level.

According to the data, the Fed-Chicago index rose to -0.02 points against -0.03 points in May. The most positive contribution was made by the category of employment.

As for the current technical picture of the EURUSD pair, the market remains on the side of sellers of risky assets, and the breakthrough of a large support level of 1.1200, and consolidation below this range is clearly a bearish signal. Sellers of the euro will continue to strive to the area of new local lows of 1.1130 and 1.1070. It is hardly possible to count on a major bullish correction for the reasons I have outlined above. However, in the case of such a formation, the growth of the euro will be limited by the resistance of 1.1210 and 1.1280.

The Canadian dollar declined significantly against the US dollar after data that wholesale trade in Canada in May of this year unexpectedly showed a fall.

According to the report, sales in wholesale trade in May fell by 1.8% compared to the previous month and amounted to 63.82 billion Canadian dollars. Economists had expected sales to rise 0.5 percent in May.

The main pressure was recorded in the automotive sector, as excluding its sales in May fell by 1.3%. Data for the previous month were revised down slightly, to 1.6% against 1.7% earlier.

Source:: EURUSD: the ECB’s hands are tied. The problem with the US debt limit is almost solved

Trading plan for EUR/USD and GBP/USD pairs on 07/23/2019: Selection of conservatives

Why the Canadian Loonie Could Continue to Soar