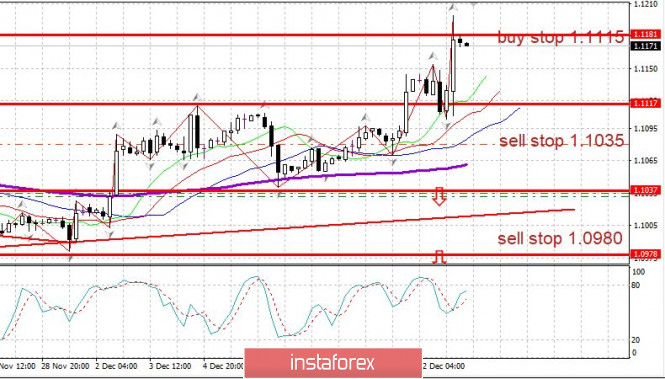 The ECB left monetary policy unchanged and did not support the euro. It came instead from Britain, from the preliminary data that B. Johnson’s party is confidently winning the election with about 368 seats out of 650. Winning would allow Johnson to hold his version of Brexit without further postponements on January 31, which consequently made the pound show a huge increase with more than 300 points from 1.3170, its level at the beginning of the day, to more than 1.3500.

The euro’s gains are much more modest, nevertheless, the EUR/USD pair has reached for the last 3 months, a high of 1.1180 – a new signal that the market is ready to move the euro up. The EUR rose against the yen.

News also came out of the European events that the US is ready to reduce tariffs against China if the said country makes significant concessions in trade negotiations.

Source:: EUR/USD trading plan for December 13, 2019. The victory of the Conservative party in Britain supported the pound and the