EUR/USD: Under pressure from the Hong Kong issue and waiting for Christine Lagarde’s speech 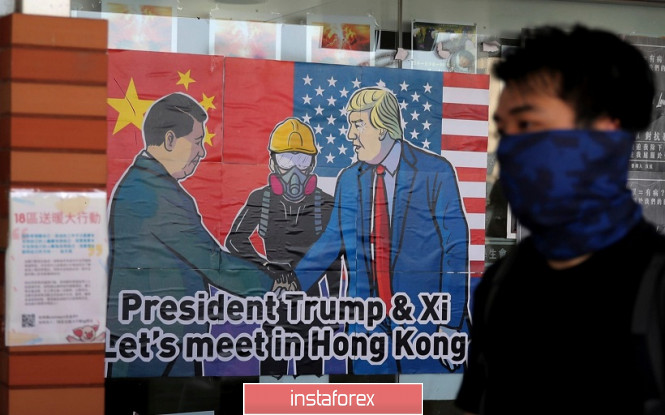 The prospects for US-China relations are increasingly worrying participants in the currency market. Yesterday, the euro/dollar pair came under pressure after the bills on the protection of democracy in Hong Kong were approved in both houses of the US Congress. These documents were sent to the White House, where they had already previously confirmed that Trump would most likely sign them: the bills would gain the force of law. In my opinion, the probability of their signing is 100%, since all the senators, both Democrats and members of the American president, voted for this initiative. Therefore, Trump will certainly not go against the Republicans, especially in the light of the ongoing impeachment procedure – apparently, the Senate will ultimately decide the political fate of the American leader.

In other words, the issue of approving bills can be considered resolved. Thus, now, traders and experts are wondering how this fact will affect the negotiation process between Washington and Beijing, which are already very difficult. China has already expressed its outraged and threatened “retaliatory measures” if these bills become laws. Although the Chinese have not specified what measures they are willing to resort to. However, most analysts suggested that the current situation would negatively affect trade negotiations in any case.

Abstracting from the “Hong Kong issue”, we can conclude that the parties have reached an impasse: the Americans are imposing their conditions, following the position of Trump, who recently bluntly stated that “China needs more deal than me.” And although this is a very controversial question – but which of them needs a trade deal more? – the fact remains: despite political risks, the White House took a defensive position, refusing to meet the Chinese side. Due to this, the Hong Kong issue has only aggravated this situation.

After all, the above-mentioned bills are not only a symbolic act of support for the protesters. The document requires an annual review of the favorable trade status granted by the United States to Hong Kong, due to the fact that this city is one of the world’s financial centers. In addition, the bill also allows sanctions to be imposed against representatives of the Hong Kong and Chinese governments, which (according to Washington) are responsible for violating human rights. Meanwhile, the second bill prohibits the export to Hong Kong of certain types of non-lethal weapons and ammunition, including tear gas, rubber bullets and water cannons. It is worth noting that, despite the impeachment procedure and the deep contradictions between the Republicans and the Democrats in Congress, these legislative initiatives were supported by all congressmen,

As a result, the euro/dollar pair was under pressure from an external fundamental background. From the escalation of the trade war, everyone will suffer absolutely – including a single currency. Despite the existing disagreements in the ECB, the regulator will probably go on expanding incentives if the US and China continue their negotiation next year.

However, some hopes for a compromise continues. Gao Feng, spokesman for the Chinese Ministry of Commerce, said yesterday that Beijing is still trying to get the first part of a trade agreement with Washington. And although the Chinese side has repeatedly voiced such statements (without any practical continuation), the EUR/USD pair still suspended its decline and moved away from the lows of the week during the Asian session on Friday.

At the same time, the minutes of the last ECB meeting which was published yesterday also provided indirect support for the single currency. Summarizing all the topic of the regulator’s members, we can conclude that the European Central Bank has called for a wait-and-see mood at the moment (or rather, at the time of the October meeting). According to most members of the Governing Council, the effect of the measures taken in September is “not yet fully visible,” although these measures should contribute to higher inflation in the eurozone in the future. In other words, the European regulator is ready to take a break, unless the financial world is undergoing shocks again. 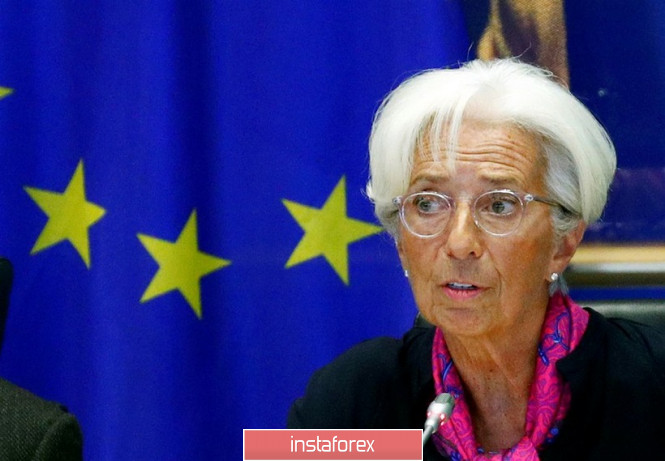 Today, the ECB’s more relevant position will be voiced by the new department chairman Christine Lagarde. She will deliver a speech in Germany at the Banking Congress in Frankfurt. Lagarde can voice her vision of the situation in the eurozone economy in the context of monetary policy prospects. Thus, the movement vector of the EUR/USD pair will depend on the tone of its rhetoric. On the one hand, it can positively assess the latest data on the growth of European inflation and the German economy. However, on the other hand, it can focus on another aspect – the continuous uncertainty in trade. And although Lagarde is unlikely to announce any specific “action plan”, its general mood will allow traders to draw appropriate conclusions to traders.

In general, the euro/dollar pair spent the current week within the 50-point flat (in a narrow range of 1.1050-1.1090), without leaving, respectively, the wider price range of 1.0980-1.1090. The speech by Lagarde can “stir up” EUR/USD, provoking impulse movements. Nevertheless, it is unlikely that it will be able to set a trend for the pair: the focus on the currency market is still the US-Chinese relations, and the euro/dollar pair is no exception.

Source:: EUR/USD: Under pressure from the Hong Kong issue and waiting for Christine Lagarde’s speech