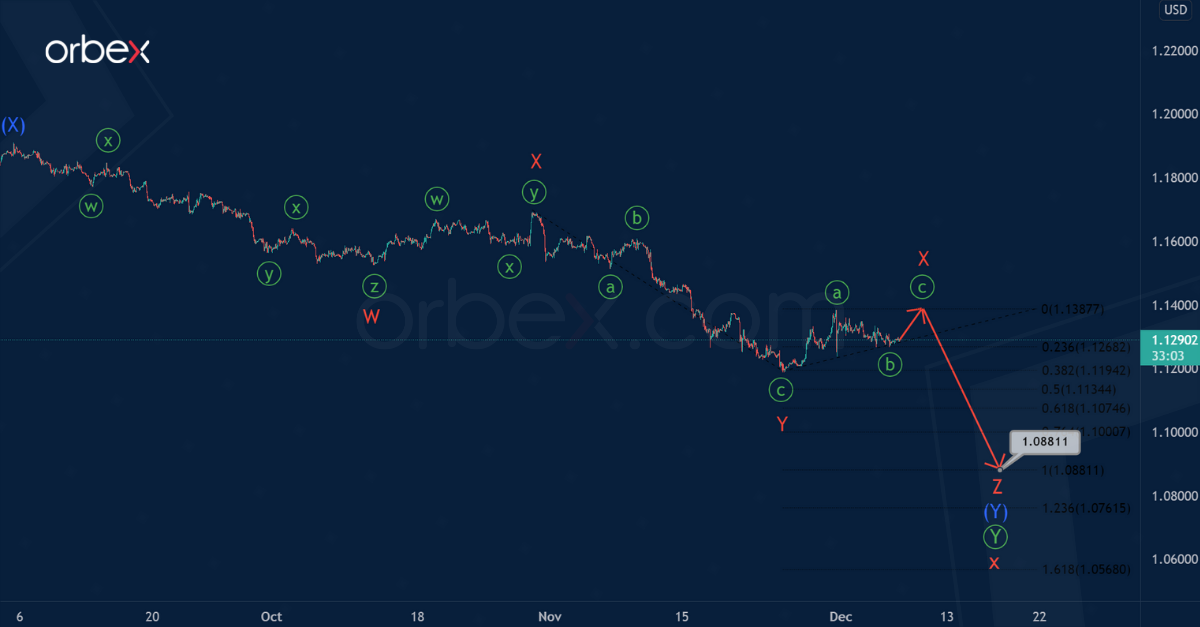 The current EURUSD formation suggests the construction of a cycle double zigzag that consists of sub-waves w-x-y.

On the 1H timeframe, we can see the final part of the bearish intervening wave x of the cycle degree. This takes the form of a double (W)-(X)-(Y) zigzag of the intermediate degree.

At the time of writing, the final actionary wave Ⓨ is under construction. This is also similar to a double (W)-(X)-(Y) zigzag of the intermediate degree.

It seems that at the moment the market is close to the completion of the minor intervening wave x. This can take the form of a simple minute zigzag.

Soon, after the full end of wave x, the currency pair could begin to decrease and move in a downward direction in wave Z to 1.088. At that level, wave Z will be at 100% of wave Y. 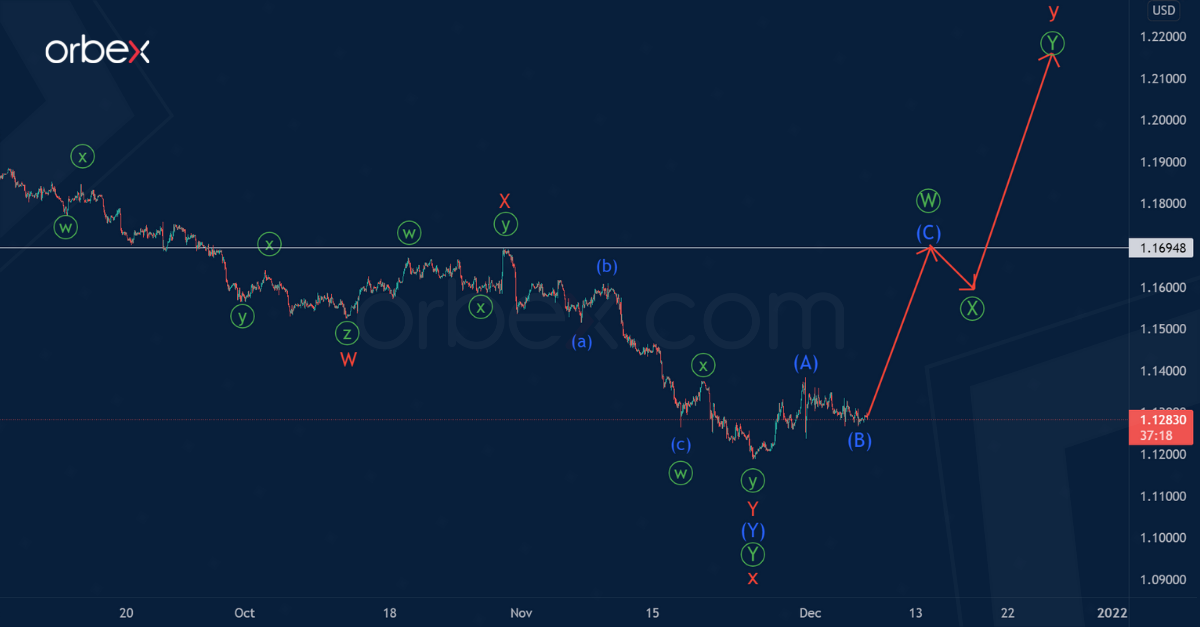 The last wave Ⓨ looks like a harmonious double zigzag (W)-(X)-(Y) of the intermediate degree marked with blue sub-waves.

Thus, in the last section of the chart, we can see the initial part of the actionary wave y of the cycle degree. Perhaps it will have the form of a primary double zigzag Ⓦ-Ⓧ-Ⓨ, as shown on the chart.

The first actionary wave Ⓦ is likely to rise in a zigzag shape to the previous maximum of 1.169. This will be on the same level as the minor intervening wave X.