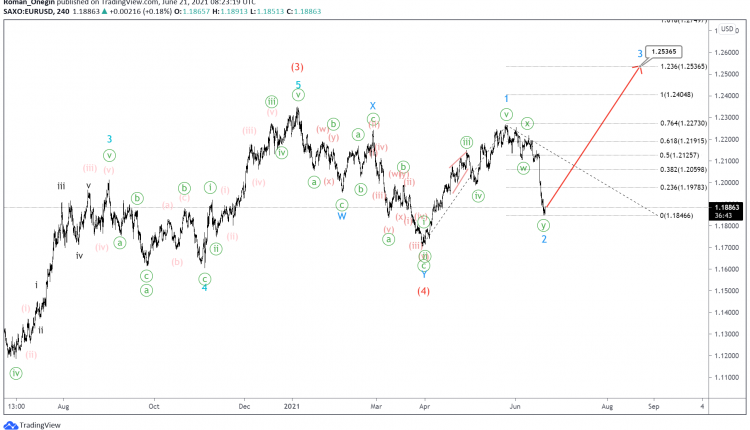 The current formation of the EURUSD currency pair suggests the development of a global bullish impulse. This consists of intermediate sub-waves (1)-(2)-(3)-(4)-(5).

The bearish correction wave (4) seems to have just been completed, as it has taken the form of a double zigzag W-X-Y.

Then the construction of the initial part of the intermediate fifth wave began.

Currently, the market has completed the minor wave 1 in the form of a simple impulse. Additionally, experts believe that the bearish minor wave 2, which is a double zigzag of the minute degree, has most likely come to an end. 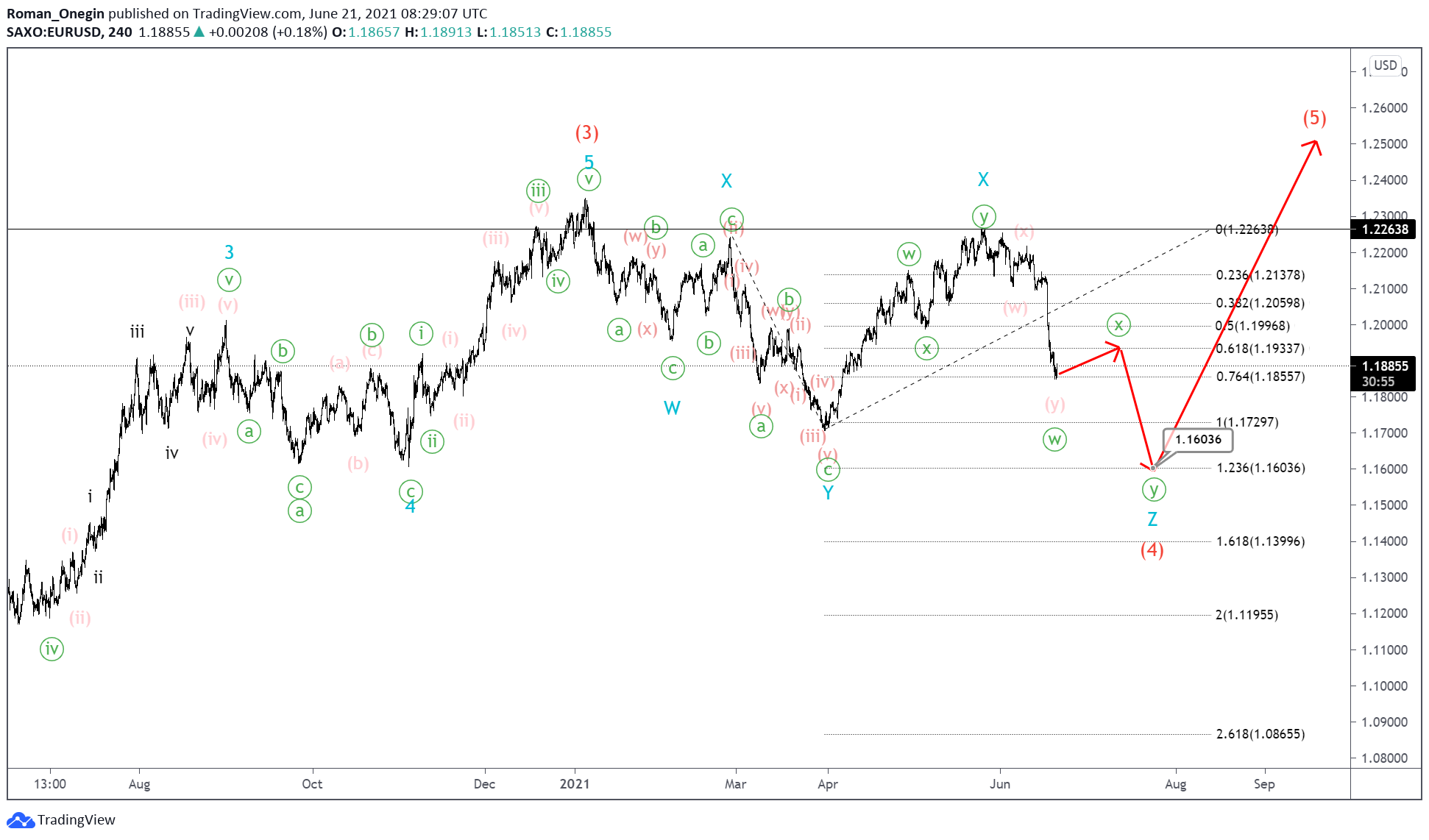 The alternative scenario hints at the continuation of the development of the intermediate correction (4). Indeed, it may take the form of a triple zigzag W-X-Y-X-Z, rather than a double one.

Thus, at the time of writing, the first four parts of this pattern look fully completed, and the construction of the final actionary wave Z is at the initial stage.

Moving forward, after the correction (4) is fully completed, the intermediate impulse wave (5) can send the market well above the high of 1.2263.