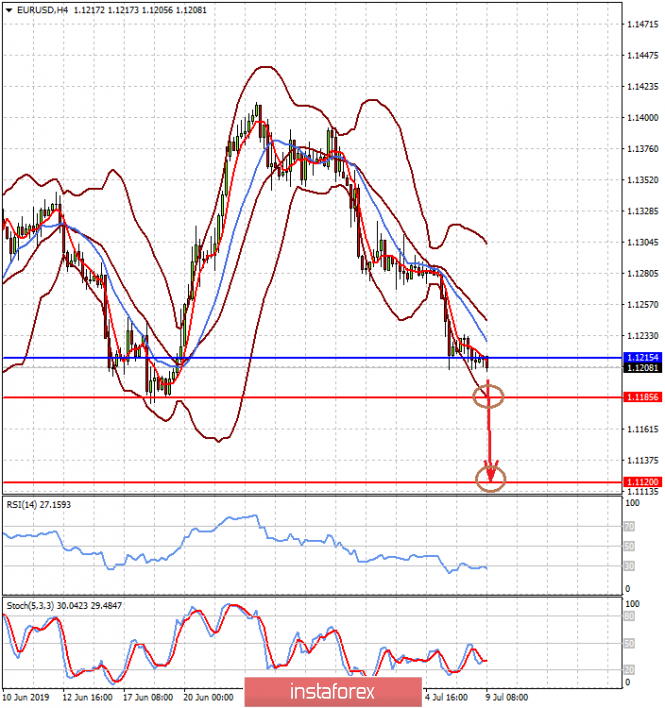 The US dollar continues to receive widespread support in the wake of lower market expectations that the Fed will actively lower interest rates in the current year.

The main reason for this is the unexpectedly positive statistics on the number of new workers that the American economy received last month. And although market expectations that the Fed will cut off the key interest rate at the July meeting on 31 remain extremely high, the dollar continues to demonstrate its strength.

So after everything, why do investors buy the dollar and not sell it in such a situation? This would be logical in the conditions of almost one hundred percent investor confidence that this month the rates will be reduced by 0.25%. Lowering the rates usually puts pressure on the exchange rate.

This behavior is explained by the fact that investors began to hope that signals about the slowdown of the country’s economy, as well as slowing inflationary pressures and a sharp drop in the number of new jobs in May, will force the regulator to lower rates by 0.50% immediately in July. This is against the background of the actual promises made by the Fed in the person of the head J. Powell, as well as some members of the Central Bank that the regulator will lower interest rates. In this situation, there was a noticeable decline in the dollar and the local stock market continued to “swell” in anticipation of lower borrowing costs.

However, suddenly last Friday, all published data on the number of new jobs show an unexpected noticeable increase of 224,000 while the predicted value was 160,000. This caused a shockingly strong strengthening of the dollar and hopes that the Central Bank will cut rates on half a percent down. Now, this probability is estimated at only 5.9%, according to the dynamics of futures on federal funds rates. It can be said that the market simply adjusts its expectations after unjustified dollar sales and leads them to match the likely reduction in the key rate by 0.25%.

Evaluating the general mood of the Fed regarding the prospects for changes in the monetary policy and it was based on the desire to do nothing until recently and just watch the situation. It can be assumed that the absence in Powell’s statement at the Banking Committee of hints on the determination to lower rates would lead to a fall these expectations and the sharp rise in the US currency. Also, the dollar can get support in the wake of its neutral statements on the topic of monetary policy, which will definitely be viewed by markets as a continuation of the pause and striving to continue monitoring developments in the country’s economy. Only a direct signal that the regulator cannot stop at a single rate reduction and continue this process.

The EUR/USD pair is consolidating below 1.1215, awaiting Powell’s speech in the Senate. If he does not announce the beginning of the rate reduction cycle, then this will lead to a further fall in the pair. First is to 1.1185 with the prospect of falling to 1.1120. 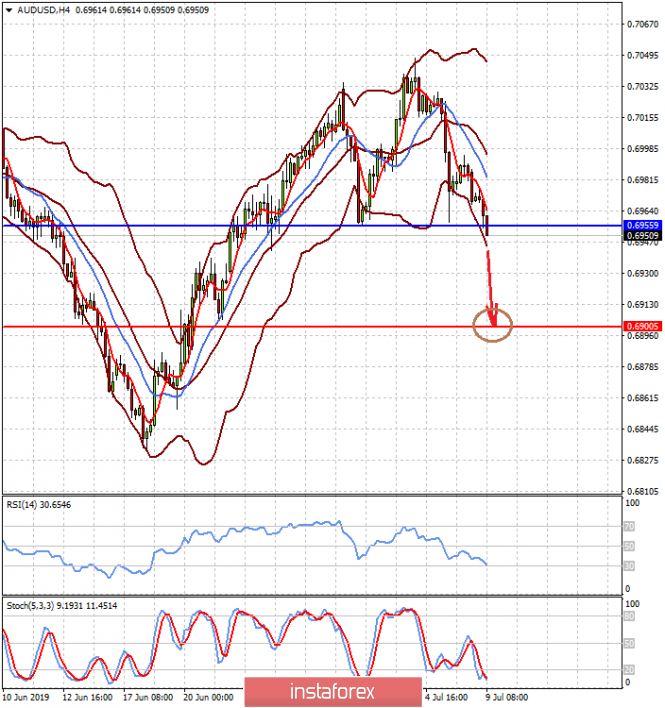 Source:: Focus of the market will be on Powell’s performance in the Senate today (There is a high probability of falling EUR/USD and