On Wednesday, the Australian dollar lost 70 points, becoming the leader of the decline. Presumably, the local overbought end of November – the beginning of December continues to put psychological pressure on investors, forcing them to play on the decline at a stronger pace. But as you can see from the graph, the fall of Pacific currencies began yesterday morning, the New Zealand dollar acted as a shotgunner, as the balance of payments of New Zealand for the 3rd quarter was worse than forecast: -6.15 billion dollars against -5.94 billion. This morning, New Zealand’s GDP data for the 3rd quarter came out: 0.3% against expectations of 0.6%. In Australia itself, the unemployment rate rose from 5.0% to 5.1% in November. 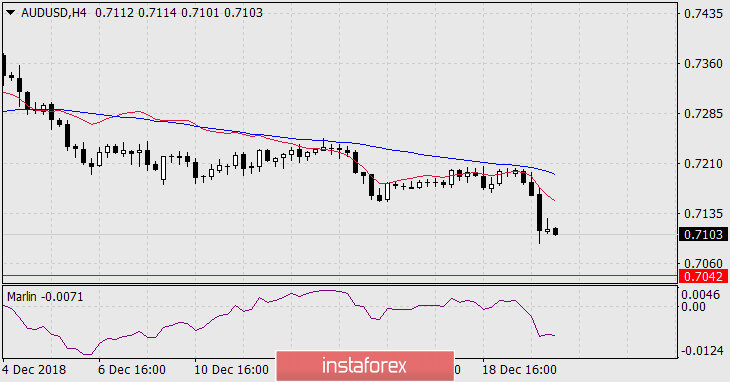 Does gold shine with new brilliance?