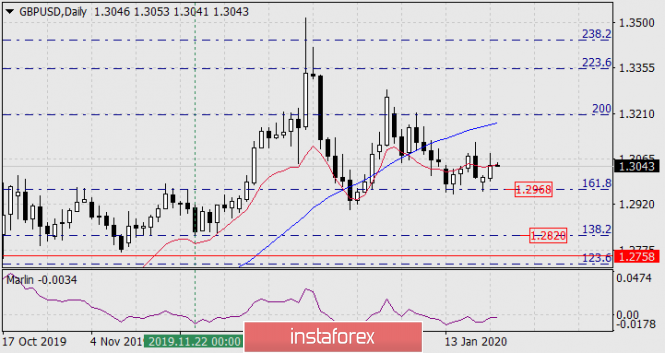 Optimistic employment data came out in the UK yesterday: 14.9 thousand applications for unemployment benefits were filed in December against the forecast of 22.6 thousand, total employment increased by 208 thousand (in November) against the forecast of 110 thousand, the average level of wages increased by 3.2% in November against the expectation of 3.1%. The overall unemployment rate remained at 3.8%. The data are optimistic primarily in the light of monetary policy – investors have an opinion that the Bank of England will not lower the rate at the next meeting on January 30th.

On the daily chart, the price is exactly on the line of balance and the signal line of the Marlin oscillator, remaining in the zone of negative values, is still near the boundary – the situation is neutral. If the market decides to move down from current levels, then the immediate target will be the Fibonacci level of 161.8% at the price of 1.2968. Overcoming of which, in turn, will open the second target 1.2820 – the low of November 22 at the Fibonacci level of 138.2%. 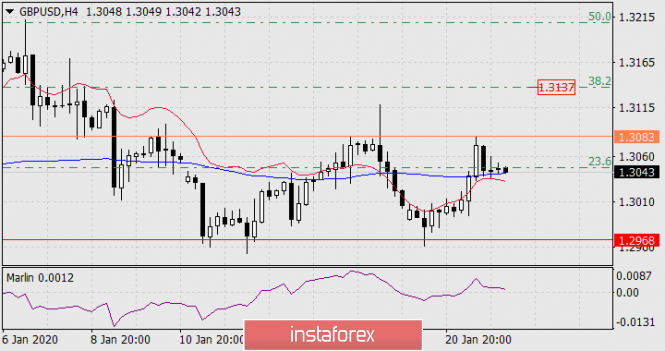 On a four-hour chart, the price is located on the MACD line, Marlin in the zone of positive values – in the growth zone. Overcoming yesterday’s high price opens a bullish local target 1.3137 at a correction level of 28.2% of the December 13-23 movement. Consolidating the price under the MACD line, below 1.3037, will return to the market a downward mood relative to the British currency. 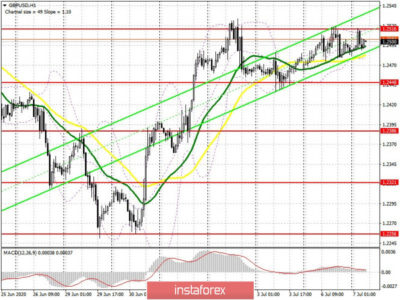 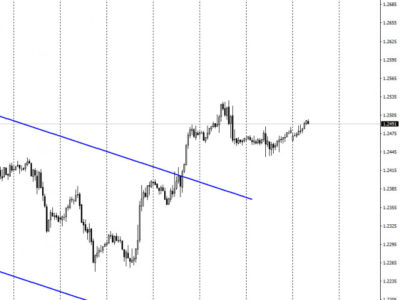 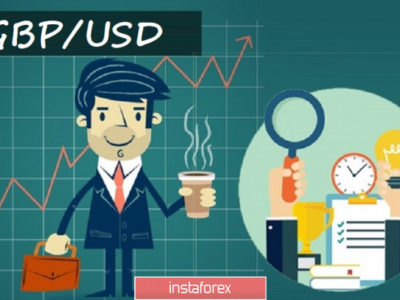 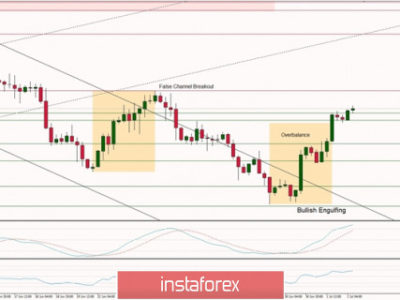 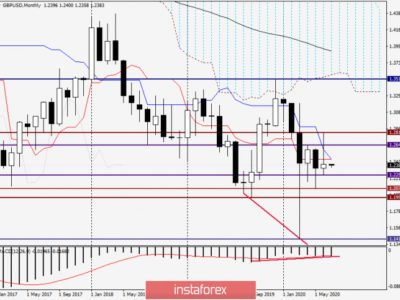 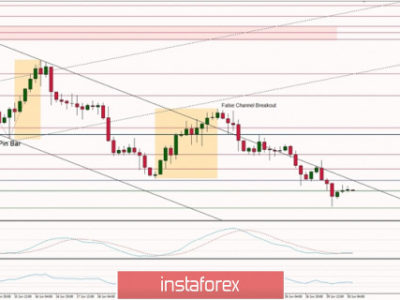 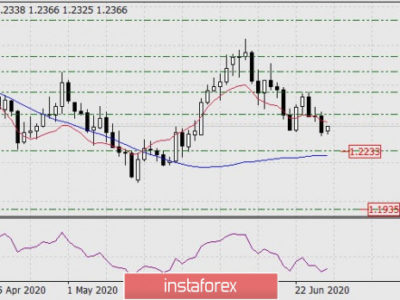