In currency markets many of the recent moves have been pronounced, with the British Pound losing ground against most of its major counterparts.  It should be remembered that weakening currency values are actually favorable for the national economy as it suggests that British products will be cheaper to foreign consumers.  This generally leads to higher export figures in the yearly GDP report.

In the chart above, we can see the three-month performance of the British Pound against several major world currencies.  The GBP fared best against the US Dollar, which is currently dealing with interest rate uncertainty of its own.  The Federal Reserve has been reluctant to signal additional interest rate increases in the world’s largest economy and this has put downside pressure on the greenback for the last two quarters. 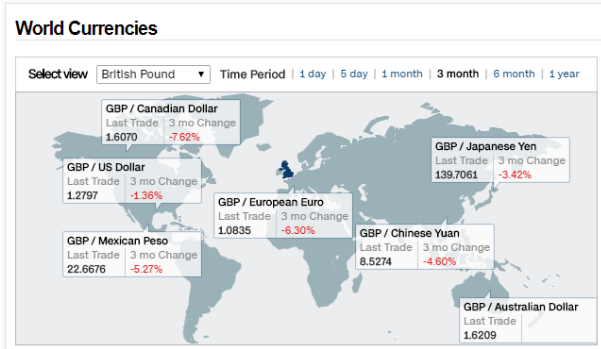 In the forex space, most of the attention has been centered on the relative valuations between the British Pound and the Euro (EUR/GBP), which can be traded using a reputable forex trading account.  Strong trending moves here could spur the European Central Bank (ECB) to intervene in the currency markets in order to prevent further strength in its currency.

It should be remembered that the ECB is still in the process of unwinding its own quantitative easing programs and one of the bank’s main concerns is that volatility in currency values could lead to price disruptions at the consumer level.  This could be one of the most important stories in the financial markets during the next quarter if the ECB does decide to intervene and influence currency values.

In all of this market activity, two of the primary beneficiaries have been gold and silver, which are often viewed as attractive safe haven assets when stock prices are declining.  The SPDR Gold Shares ETF (NYSE: GLD) has shown some of the strongest performance in the financial markets, gaining nearly 4% over the last six months and rising by 11.8% on a year-to-date basis. 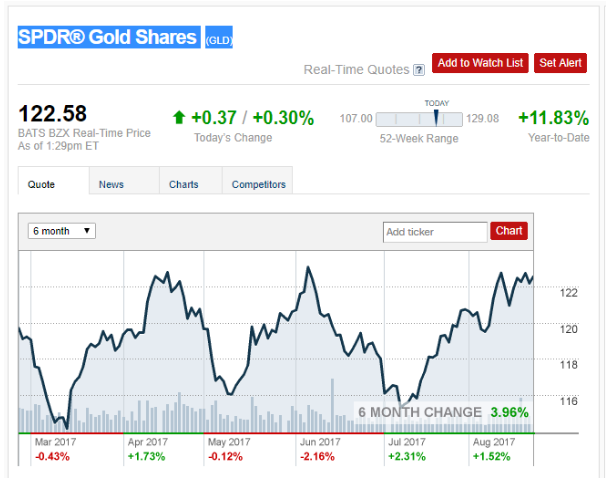 We have seen similar price trends in silver markets, and these are trends that are likely to continue as long as we see financial media headlines relate to Brexit uncertainties and geopolitical turmoil.  It should be remembered that stock markets are trading near record levels in many regions around the world — and this could lead to profit-taking events as the financial markets return to normalized trading volumes in September.

Overall, we expect the slower market moves to start changing course over the next few weeks and it will be important for investors to establish a diversified asset portfolio in order to reduce risk and enhance the potential for gains into the final months of the year.  This generally means having an investment portfolio that is exposed to forex pairs and a broad range of industries that include positioning in dividend stocks that are capable of generating gains in this current low-interest rate environment that is now seen at the global level.