This week begins light on data, but heavy on Fed speak, as comments are expected from 3 U.S. central bank officials. Scheduled to speak are Fed governor Brainard, Atlanta Fed chief Lockhart, and Minneapolis Fed leader Kashkari. With the market heavily focused on the Fed’s next rate move, comments from these members can be market moving.

Tuesday starts with Chinese Industrial Production, where a miss could continue to raise concerns about the health of the world’s second largest economy. Last week, soft inflation data lead to speculation of more monetary policy loosening from PBoC. Tuesday also begins a very busy week for the British Pound when the most recent inflation figures are released. Overall inflation for August is expected to come in at 0.4%, and the y/y at 0.7%. Moreover, core inflation is expected to have 0.5% on the month, and 1.4% on the year.

Wednesday continues pound focus with the UK Labor market data. Data are expected to show a 1.7K increase in the claimant count, a 2.1% increase in wages. Later on Wednesday is the release of the weekly EIA Crude Inventories, where a huge draw helped propel oil prices last week. The draw is being attributed to a tropical storm in the Gulf of Mexico that disrupted production and shipping. With those ships now offloaded, many analysts are expecting for a reversal of last week’s draw. New Zealand GDP will cap the Wednesday session with growth expected come in at 1.1% for the second quarter, and 2.7% for the year.

Thursday we will see the Australian Labor market data where the consensus is for a 15.2K increase in jobs, and a steady unemployment rate at 5.7%. Then during London, the SNB will announce its policy decision along with the Monetary Policy Assessment. Next up is the BoE’s Official Bank Rate, Votes, and Monetary Policy Summary. We will continue with a busy Thursday when U.S. traders enter the market a slew of U.S. data on tap. Due up are U.S. Retail Sales, PPI, Philly Fed Manufacturing, Weekly Jobless Claims, Current Account, and the Empire State Manufacturing Index.

We finish the week off with U.S. inflation and Consumer Sentiment data on Friday. Overall CPI for the month of August is expected at 0.1%, with the y/y at 1.0%. The consensus for the core print for August is 0.2%, and 2.2% for the year. 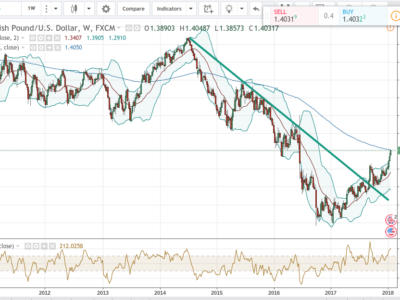 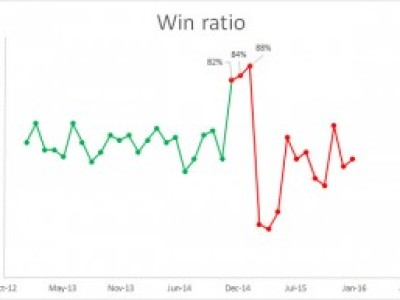 Beware of a Trading Strategy That Does Too Well