Markets are starting to return to full strength again, now that the holiday period has officially come to a close.  The next moves in the US Dollar Index (DXY) could be significant in terms of their possibility to define the broader market trends seen for the remainder of this year.  As we will see here, this did happen in 2017 and this does match the historical averages that develop in both Bitcoin and the USD when its value is compared to a basket of heavily traded currency counterparts.

In this chart, we can see that the US Dollar Index (DXY) has been in a steady downtrend since the beginning of the stock market rally 2017.  This actually came as a surprise to many forex analysts, as the pro-growth agenda that was expected after the Donald Trump US Presidential election did not ultimately translate into a higher US Dollar. 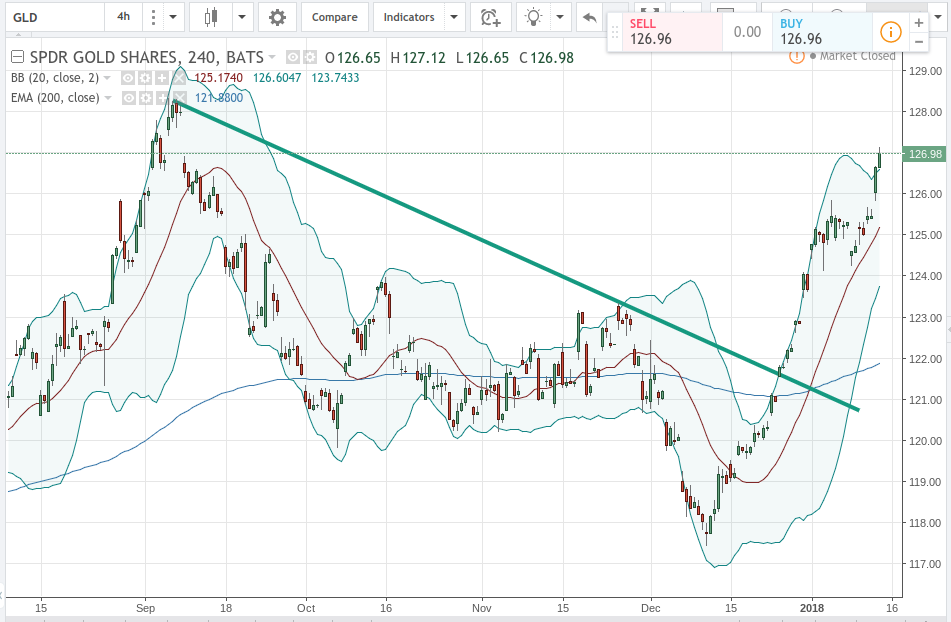 There is the possibility that this could change if GDP reports continue to impress.  But, until then, it looks like the majority of the market’s momentum is currently headed in the other direction.  One strategy for this type of market scenario can be found in the forex trend swing trading strategy because of its ability to establish clear positions on the approach of long-term support levels.

The DXY instrument itself is now clearly focused on a retest of the lows from last September near 91, and and downside follow-through from there would be a heavily bearish event for the US Dollar.  A period of prolonged extensions of the current rate policy could mean that the Federal Reserve could impact financial stocks in addition to values in the US Dollar and so there are several different asset classes to watch over the next few weeks.

A bounce off of the 91 level in DXY would be encouraging, however, and this means that simple levels trading could be the way to go during the remainder of this month.  Indicator readings also suggest a bounce could be in order but we will need to see an upside break through 93.60 in order to confirm the downtrend is finally completed.