Fundamental analysis of GBP/USD for January 10, 2018 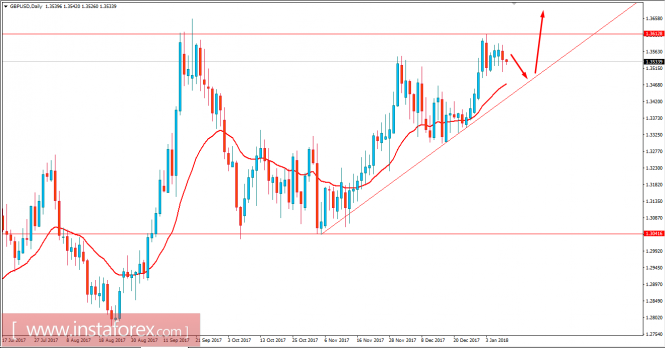 Now let us look at the technical view. The price is currently residing inside the corrective volatile structure just below the resistance level of 1.3610. As of the current scenario, the price is expected to move down towards the trend line support around 1.3450 area before showing some bullish intervention along the way. As the price remains above 1.33 support area, the bullish bias is expected to continue which might result in a break above 1.3610 with target towards 1.3850.