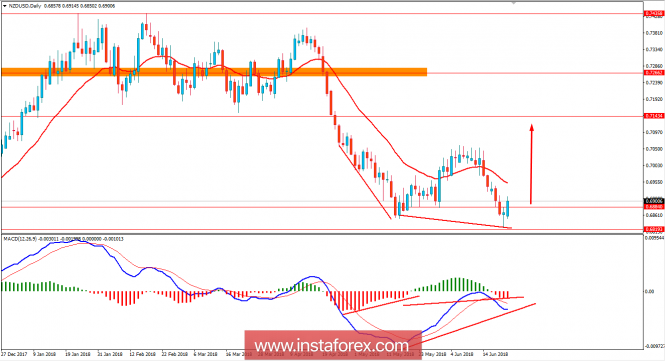 NZD/USD has been quite bearish till yesterday before it bounced off the 0.68 support area with a daily close. NZD has been dominated by USD in several ways, but after the recent rate hike from 1.75% to 2.00%, the USD gains were quite massive.

As of the current scenario, NZD is expected to gain certain momentum over USD which is struggling to get over the worse economic reports and gain momentum. Though the long-term trend is still bearish, certain bullish momentum of NZD gains are expected to last for a shorter period resulting as retracement in the process.