Fundamental Analysis of USD/JPY for December 5, 2017 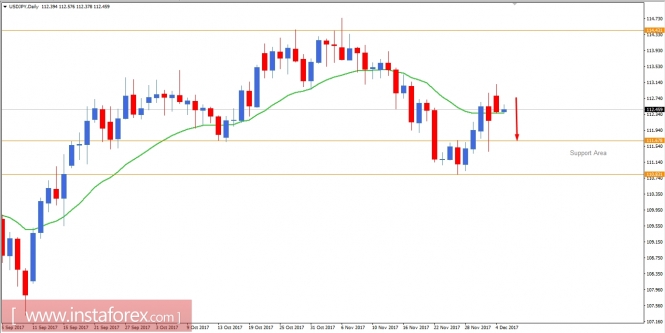 Now let us look at the technical view, the price is currently showing some bearish pressure on the way of filling up the bearish gap and progressing towards the support area of 110.80 to 111.70. The price is expected to be quite corrective in nature and expected to push lower as the price resides below 113.00 price area with a daily close.