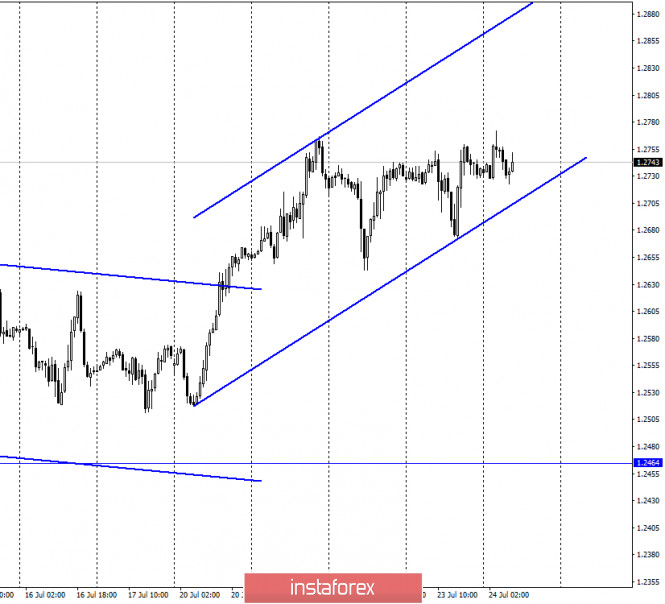 Hello, traders! On the hourly chart, the quotes of the GBP/USD pair continue the growth process, somewhat weakened growth. Nevertheless, the upward trend corridor still retains the prospects for continued growth and a “bullish” mood. Although the nature of the latest news from the UK is not conducive to the growth of the British. Let me remind you that in the middle of this week, there was information from the UK government circles that a deal with the European Union is unlikely to take place. And this morning, it became known that the next round of negotiations between London and Brussels failed, as stated by the head of the EU negotiating group, Michel Barnier. According to him, London refuses to concede on key issues, so the risk that there will be no progress in the negotiations until the end of 2020 is extremely high. I would also like to remind you that Boris Johnson believes that there is no point in continuing to negotiate until the end of 2020. If the parties can agree, why not do it within one or two months? Thus, I believe that in the current conditions it would be more logical for the British currency to fall, however, the situation in the US with the coronavirus does not allow the dollar to start growing. 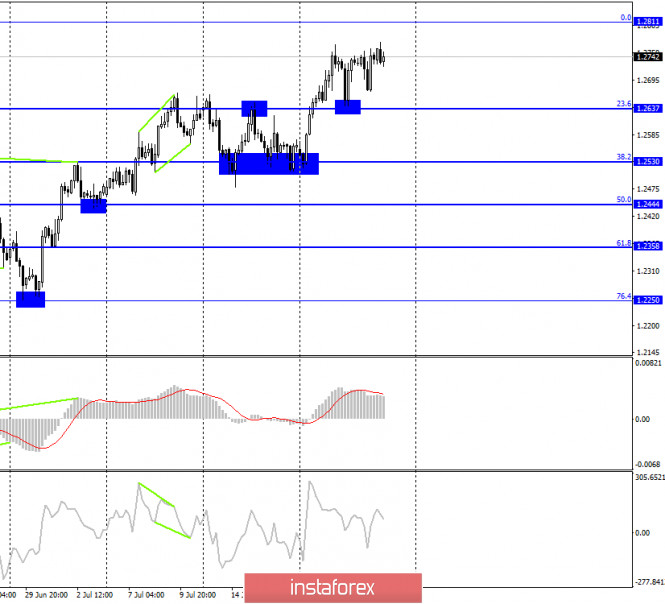 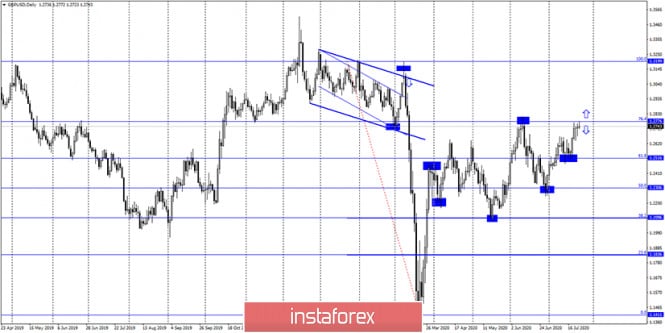 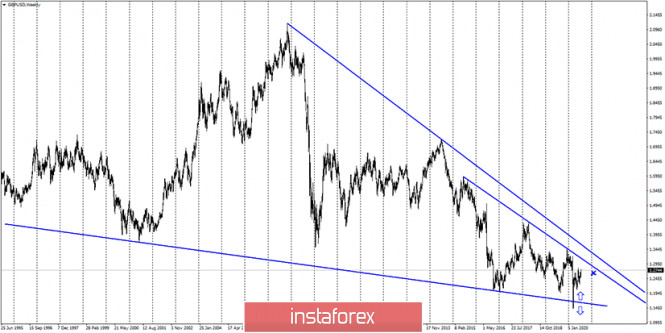 On the weekly chart, the pound/dollar pair performed a false breakdown of the lower trend line and rebound from it. Thus, until the pair’s quotes are fixed under this line, there is a high probability of growth in the direction of two downward trend lines. It is in this direction that the pair’s quotes continue to move in recent weeks.

There were no economic data releases in the UK on Thursday. In the US, there is only an insignificant report on applications for benefits. Thus, the economic background was extremely weak.

The economic calendar for the US and the UK:

UK – index of business activity in the manufacturing sector (08:30 GMT).

US – index of business activity in the manufacturing sector (13:45 GMT).

On July 24, the most important report on retail trade has already been released in the UK, which showed volume growth of 13.9% m/m and -1.6% y/y in June, which is higher than traders’ expectations. Next, traders are waiting for less important data. 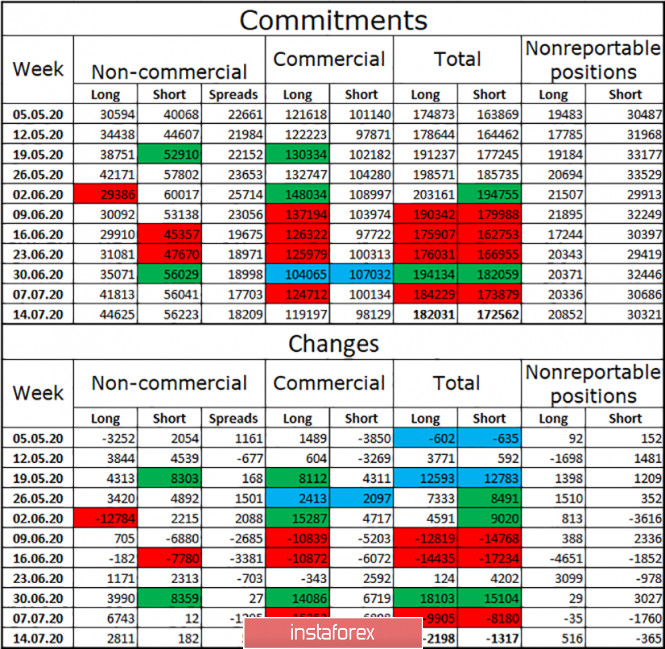 The latest COT report again showed an increase in the number of long contracts among the “Non-commercial” group. However, this time the growth was small, which means a slight drop in interest among speculators in the British. Over the past 4 weeks, the Non-commercial group has been increasing its long-term contracts. For the last two weeks, I haven’t opened any short contracts. Thus, the group of speculators has no interest in selling the pound. There is interest in the purchases of the Briton, but it is declining. In general, the group of speculators has more short contracts on their hands, but the difference has been decreasing in recent weeks. I still believe that the prospects for continued growth in the British are quite good. Mainly because of the information background from the US.

I recommend selling the pound with the goal of 1.2637 if the closing is performed under the trend corridor on the hourly chart. I recommend opening new purchases of the pair with the goals of 1.2811 and 1.3199 if a close above the level of 1.2776 is made on the daily chart. 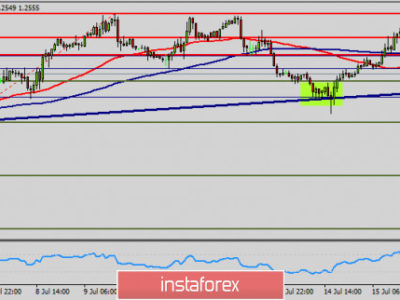