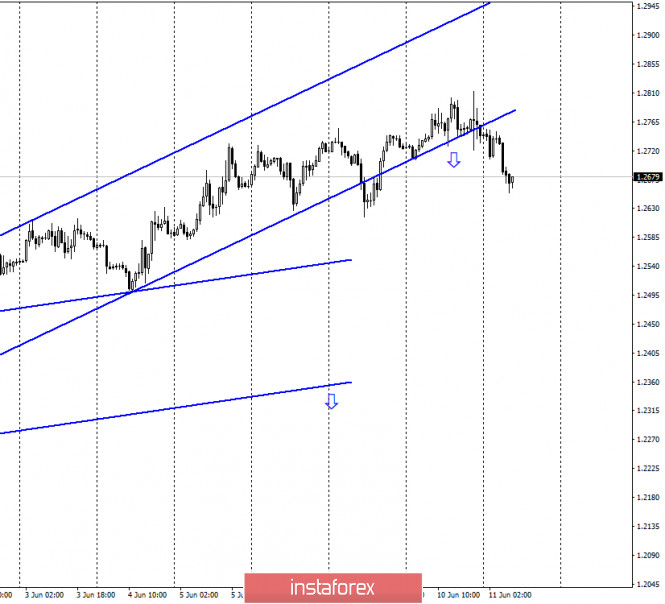 Hello, traders! According to the hourly chart, the pound/dollar pair performed a reversal in favor of the US currency yesterday and began the process of falling. In contrast to the euro/dollar pair, the downward reversal is visible on both the hourly chart and the 4-hour chart. Thus, the pound is the first to show a good probability of starting a new downward trend. However, before updating the first local low (1.2617), I would recommend not rushing to conclusions about the end of the upward trend. Let me remind you that the fall in the pair’s quotes began when there were no reasons for it. Yesterday’s meeting of the Federal Reserve was completely passing, no important decisions or changes in monetary policy were made. Only forecasts for 2020 were announced, according to which the economy will lose about 6.5%. Let me remind you that the EU is expected to lose 8.7%. Thus, if traders paid attention to these Fed forecasts, they may even have been a little encouraged by them, since they are not as bad as one might expect. At the same time, there is no other positive information from America. 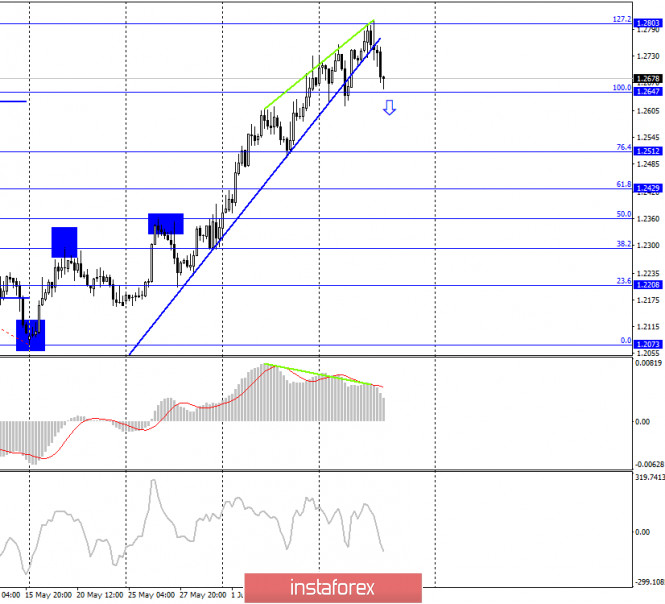 On the 4-hour chart, the pound/dollar pair also performed a reversal in favor of the US dollar and began the process of falling towards the corrective level of 100.0% (1.2647). The rebound of the pair’s exchange rate from this Fibo level will work in favor of the British currency and resume growth in the direction of the corrective level of 127.2% (1.2803), from which the rebound was also made yesterday. Closing the pair’s exchange rate below the Fibo level of 100.0% will allow traders to expect the pair to continue falling in the direction of the next corrective level of 76.4% (1.2512). A bearish divergence in the MACD indicator nevertheless formed and helped the pair to perform a downward turn. 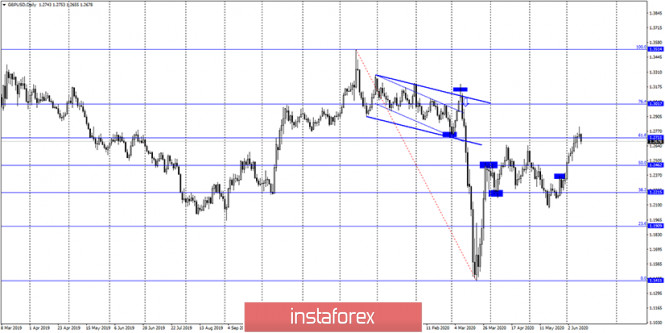 On the daily chart, the pair’s quotes secured above the corrective level of 61.8% (1.2711), which allows us to expect further growth. However, on the 4-hour chart, the rebound from the level of 1.2803 was performed, so these signals seem to overlap each other. 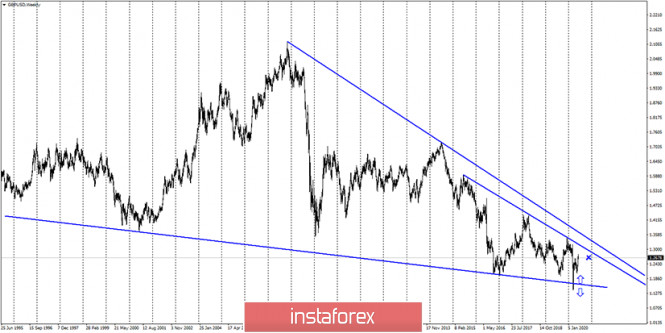 On the weekly chart, the pound/dollar pair performed a false breakdown of the lower trend line and rebound from it. Thus, before the pair’s quotes are fixed under this line, there is a high probability of growth in the direction of two downward trend lines.

There were again no interesting economic reports or news in the UK on Wednesday. In America, the news was interesting (inflation and the FOMC meeting), but it is difficult to say whether they were the reason for the pair’s fall last night and today.

The economic calendar for the US and the UK:

US – number of primary and secondary applications for unemployment benefits (12:30 GMT).

On June 11, the UK calendar is still empty, and one far from the most important report on unemployment claims is expected from the US. 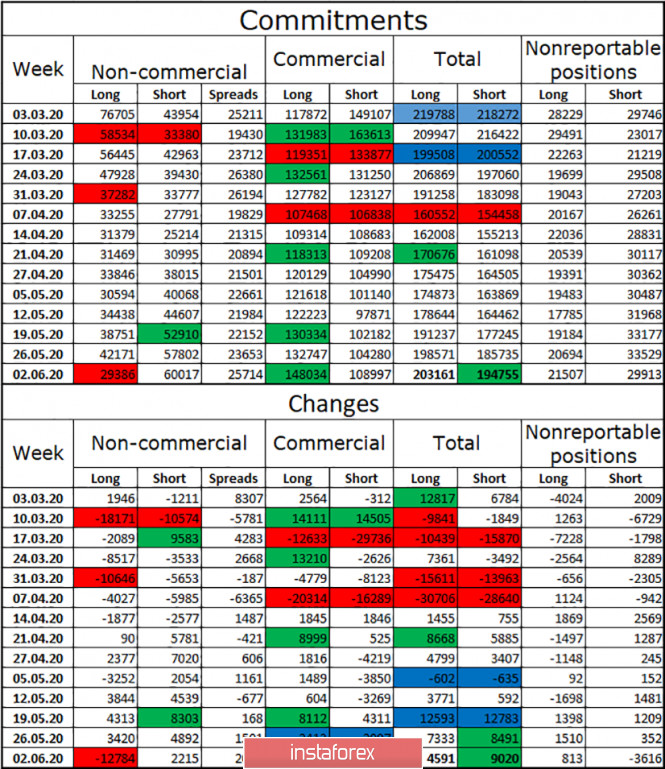 Last Friday, a new COT report was released that showed a strong reduction in long-term contracts among the “Non-commercial” group. This means that major market players who earn money by changing the currency exchange rate got rid of purchases of the British during the reporting week. And yet it is the pound who has shown growth recently. Thus, the mood of major speculators does not coincide with the general mood of traders for the pound/dollar pair. It could be assumed that the total number of long contracts is the case, which could have grown significantly due to the “Commercial” or “Non-reportable” groups, but the total number of long contracts decreased during the reporting week. Thus, there was a paradoxical situation: traders sold the pound, but it eventually rose. Perhaps traders sold off the US dollar in even greater volumes? This week, the situation does not change at all, the British pound continues to grow steadily.

Source:: GBP/USD. June 11. COT report: major players have loosened their grip and need at least a pause. Will the bears take advantage