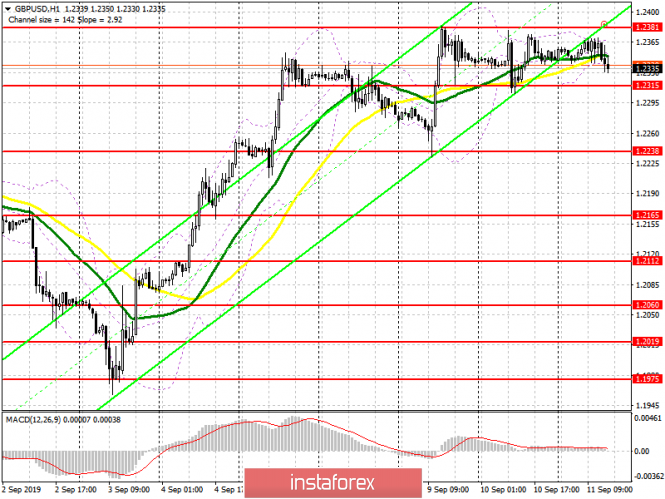 Not surprisingly, buyers of the British pound lost interest in it amid the lack of positive fundamental statistics and news on Brexit. At the moment, the task of the bulls is to break through the same resistance at 1.2380, which limited the upward potential yesterday in the second half of the day. Only this will allow the bullish market to resume, the target of which will be the highs of 1.2427 and 1.2460, where I recommend taking the profits. If the bears build a downward correction in the second half of the day, the support will be provided by the level of 1.2315, but you can buy from there only under the scenario of the formation of a false breakdown. It is best to open long positions for a rebound in the minimum area of 1.2238.

Sellers did not let GBP/USD close to the resistance of 1.2380 today, which led to the formation of a downward correction. However, the main target of the bears for the second half of the day will be the support test of 1.2315, the breakdown of which can increase the pressure on the pound, which will lead to a decrease in the minimum area of 1.2238, where I recommend taking the profit. If the bullish momentum in the North American session leads to a breakthrough in the resistance at 1.2380, it is best to consider new short positions after updating the local highs around 1.2427 and 1.2460. However, without news on Brexit, and preferably positive, it will be very problematic to count on a larger increase in GBP/USD.

Trading around 30 and 50 moving averages, indicating the sideways nature of the market.

Volatility is very low, which does not give signals to enter the market.

Source:: GBP/USD: plan for the American session on September 11th. The pound froze amid the lack of new benchmarks 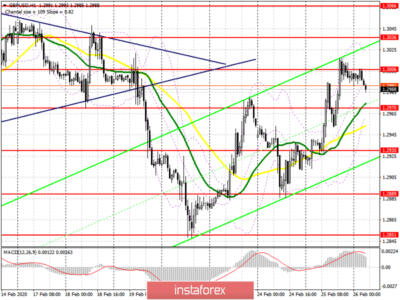 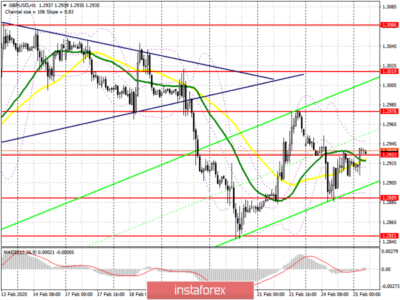 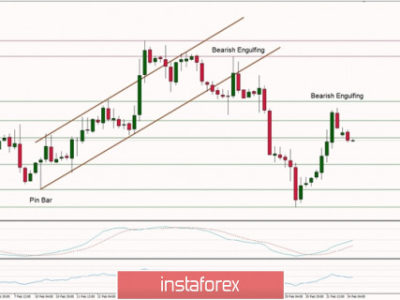