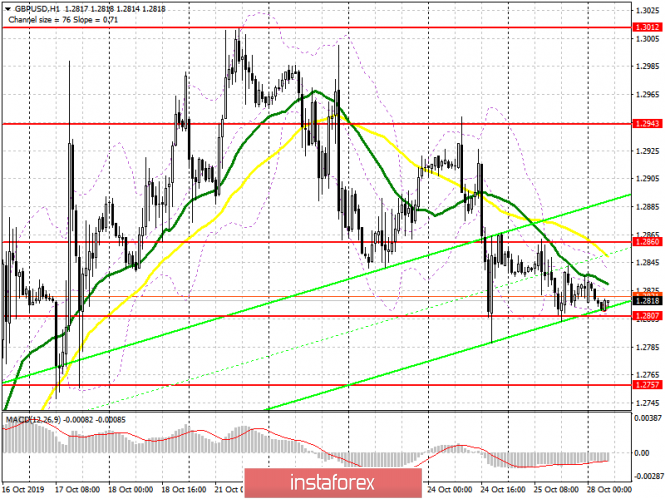 The main delay will be granted until January 2020, but with the condition that the UK may leave the EU earlier if it approves the exit deal. This is very good news for pound buyers, as it increases the chance of signing an agreement in the House of Commons. Bulls still need to return to a resistance of 1.2860 today, which will be a signal to open long positions capable of updating highs 1.2943 and 1.3012, where I recommend profit taking. If pressure on the pound remains in the first half of the day, then only the formation of a false breakout in the support area of 1.2807 will be a signal to open long positions. Otherwise, it is best to buy GBP/USD for a rebound from a low of 1.2757 or even lower, in the area of 1.2664.

So far, France is the only one against the provision of such a double delay, but I think they will be able to agree with it. The pound could sharply rise with positive news, so I do not recommend rushing to short positions in the pair. The formation of a false breakout in the resistance area of 1.2860 will be the first signal to open short positions with the aim of breaking the support of 1.2807, which was formed last Friday. However, a further goal will be the level of 1.2757, and the main task of sellers will be to return to a low of 1.2664, where I recommend profit taking. In the event of positive news from the EU, and a breakthrough of resistance at 1.2860, it is best to consider short positions in GBP/USD from larger highs around 1.2943 and 1.3012.

Trading is carried out below 30 and 50 moving averages, which indicates a possible continuation of the downward correction.

Volatility has greatly decreased, which so far does not provide signals for entering the market.

Source:: GBP/USD: plan for the European session on October 28. The pound is waiting for important news on the grant of deferment of 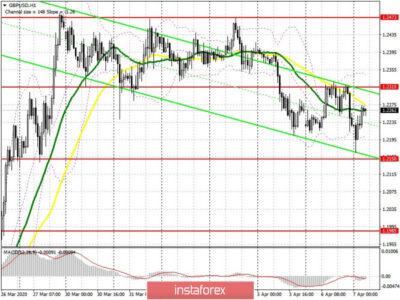 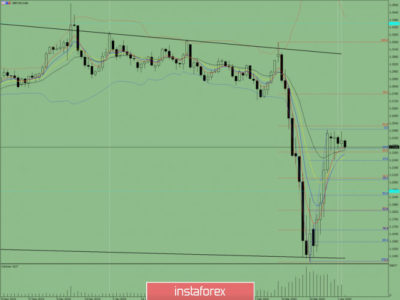 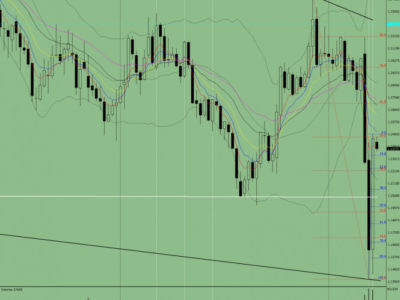