GBP/USD: Pound is waiting for the evening news from the office in Downing Street

So, the Brexit issue reaches its climax – today the British Cabinet can agree on a draft agreement with Brussels. Yesterday it was reported that the representatives of Britain and the European Union agreed on the preliminary text of the deal, after which some ministers of Great Britain got acquainted with it. Moreover, prime minister Theresa May held a one-on-one conversation with each of them – in particular, yesterday her office in Downing Street was visited by the minister of health, the minister of transport, the minister of foreign trade, the minister of finance and the secretary of the treasury.

Most of them did not comment on the talks with May, so the intrigue of today’s meeting of the government remains. Moreover, representatives of the “hawkish” wing of the Tory, who advocate minimal concessions to Brussels, have already managed to say that they will not support the proposed agreement. The mouthpiece of the eurosceptics is former Foreign Minister Boris Johnson – he criticized the proposed document, as, in his opinion, it does not take into account the interests of the British. Another conservative MP made a sharper statement: in his opinion, now Britain will turn into a vassal of the EU, since it will de facto remain within the single market. A similar position was voiced by other conservatives, who traditionally oppose the prime minister in this matter.

All of them are trying to convince journalists that the House of Representatives will not support the “Chequers” plan, which formed the basis of the draft agreement under discussion. Against the background of the nearly complete silence of May’s supporters, such comments unnerve traders: hopes for a historic breakthrough in the negotiations “coexist” with fears about the reaction of ministers and deputies. The pound is behaving accordingly. Although optimism still prevails in the market, GBP/USD movements are abrupt and impulsive. Of course, trading in such conditions is a big risk, as the fundamental background for the pair is too unreliable, and the technique in the medium and short term simply “does not work”. For example, if Theresa May reschedules the Cabinet meeting for any reason, the pound will instantly collapse across the market, despite the signals of technical analysis.

In addition, if London provides Belfast with special conditions, then the Scots, who traditionally advocate for European integration processes, can also make similar demands. Most of the Scots voted in a referendum for the preservation of Britain as part of the EU, so after Brexit they will most likely demand a second referendum on Scottish independence.

In addition to the key Irish issue, the draft deal involves a “lengthened” period of the transition period (21 months) and the payment of an impressive amount of EU compensation – 39 billion pounds. However, these factors are unlikely to confuse representatives of the political establishment of Britain – Brexit without a deal will cost much more. 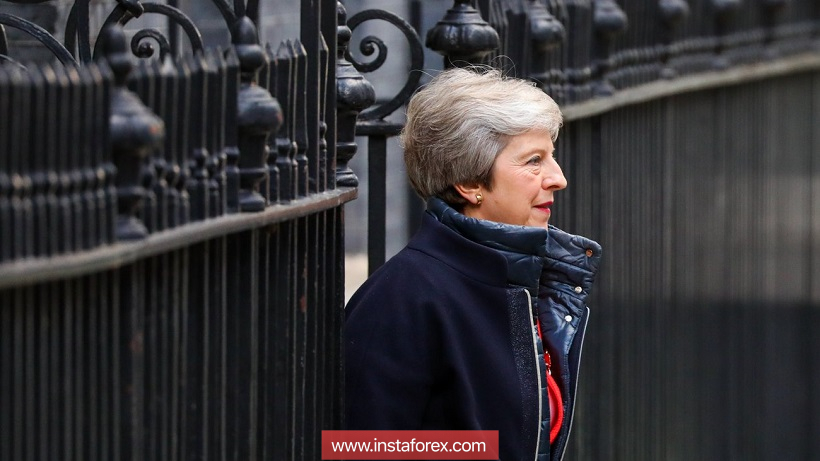 In other words, British ministers and deputies face a difficult choice: on the one hand, the approval of the draft deal can lead to the collapse of the coalition and hypothetically – to the separation of Scotland, on the other side of the scale – chaotic Brexit with all its consequences. In any case, they will have to take responsibility for a particular scenario, aware of its consequences.

The Cabinet of the British government will meet approximately at 14: 00 local time, so during the day traders will have to respond to certain rumors, comments, assumptions and expert forecasts. In my opinion, it is now best to not respond to impulsive price jumps, but wait for the outcome of the government meeting. After just a few hours it will become clear – whether the Cabinet will support the prime minister or the situation will get out of control, after which the further course of events will become slightly predictable. The reaction of the pound will be appropriate – sharply up or just as rapidly down.

Thus, the British currency is now on the eve of an important exam, while other fundamental factors do not matter – neither the release of British inflation, which took place in the morning, nor the release of US inflation, which will take place at the beginning of the US session. The fate of the pound in the medium term (perhaps in the long term) will be decided in Downing Street – and traders should be patient and try not to make any emotional decision.

Source:: GBP/USD: Pound is waiting for the evening news from the office in Downing Street

IEA predicts a significant increase in US oil production