The pound is again under pressure because of the vague prospects of Brexit. The forced pause in this matter created an informational vacuum, but yesterday alarming signals were received regarding further approval algorithm for the deal. And it’s not just the obstinacy of the British deputies: some representatives of Europe also expressed their dissatisfaction with the draft “divorce” agreement.

Another stumbling block was the British overseas territory – Gibraltar. A few centuries ago, the British won this strategically important piece of territory from the Spaniards, and since then disputes over its ownership have not subsided between countries. However, the discussion of this issue was conducted in a sluggish mode for many years: just now Madrid found a reason to intensify this process, in other words – took advantage of the situation.

Although a few months ago, Theresa May held talks with the Spanish side regarding Gibraltar, and this point was considered a resolved matter. In particular, in the spring of this year, Brussels proposed to give the Spaniards the veto over Gibraltar’s future trade relations with the EU. After months of negotiations, the parties reached a compromise – at least, this was stated by the official representatives of Spain after the October EU summit.

The Spanish foreign minister then stressed that Gibraltar would not be a problem for signing the Brexit deal, despite the fact that some key aspects of future relations had not yet been resolved. The parties refused to disclose the details of the agreements, but according to insider leaks, London and Madrid agreed on the rights of citizens – primarily those citizens who are not British citizens, but live in Spain and work in Gibraltar. Here it is important to emphasize one point: the compromise on Gibraltar was agreed in the form of a protocol, which should be added to the common deal on the withdrawal between Britain and the European Union. The same protocols will be issued in respect of Northern Ireland, as well as the British military base in Cyprus.

This aspect is extremely important in the context of today’s requirements of the Spaniards. The fact is that the agreement approved by the British ministers assumes that negotiations on further relations between Britain and the EU (which are not covered by the points of the deal) will continue after March 29, 2019, that is, after the official withdrawal of the country from the European Union. Madrid, in turn, requires that a separate clause be written in the agreement that would oblige London to negotiate with Spain on sovereignty over Gibraltar.

According to rumors, the Spaniards suspect the British of “diplomatic tricks” -after all, the above 184th article of the agreement does not clearly oblige London to return to this issue, and its provisions can be interpreted in different ways. The Spaniards fear (and I think it is justified) that once the draft deal becomes an official document, the Gibraltar issue will be shelved again. That is why Madrid is actively insisting that this issue be included as a separate paragraph in the draft agreement. Moreover, Spain threatened to vote against the draft if its demands were not met. 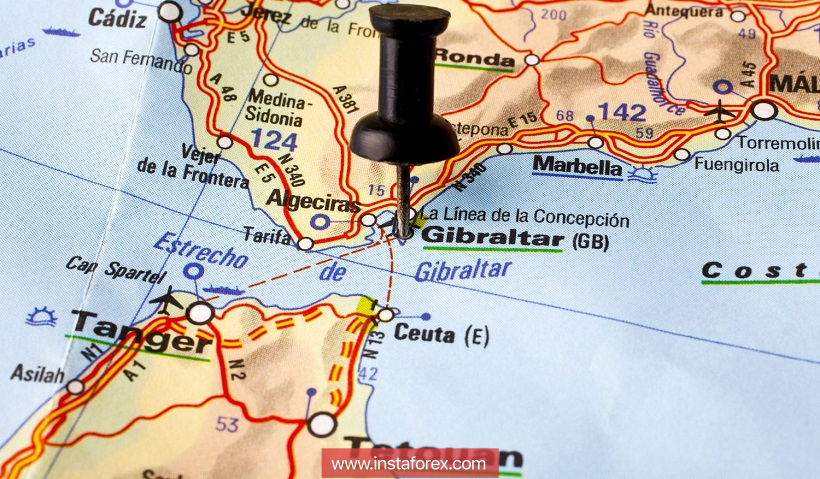 The British, in turn, reasonably appeal to the fact that, first of all, the draft deal was agreed upon by the negotiators, and the negotiating group includes representatives of the EU, which are responsible for defending the interests of the eurozone countries (including Spain). Secondly, this project has already been agreed upon by the British ministers – any amendments to the document will entail a “domino effect”, because there are a lot of claims to this agreement. Third, London reminded Madrid of the results of the October meeting at the EU summit, where the parties agreed to formalize their relations in a separate protocol, which will be an integral part of the overall deal.

In other words, the British flatly refused to make changes to the “body” of the agreement itself, while they can sign other documents regulating the relations of countries with respect to Gibraltar. It is worth noting that Angela Merkel and some other representatives of European countries recently said that the key EU summit on Brexit, which is scheduled for November 25, will not take place unless an agreement is reached on the remaining part of the agreement. It is this fact that brought down the pound to the 27th figure yesterday – uncertainty again prevailed over optimism.

However, according to the Spanish press, this morning London and Madrid signed four memorandums of understanding, as well as a tax treaty. If today Spain will remove its demands (or rather,an ultimatum) about the change in the text of the draft deal, then the British currency will play its position in the context of corrective growth. But a steady and large-scale growth of the GBP/USD is still not expected. At least until November 25, that is, until next Sunday, the pound will be under background pressure in anticipation of the next stage of the “divorce process”.