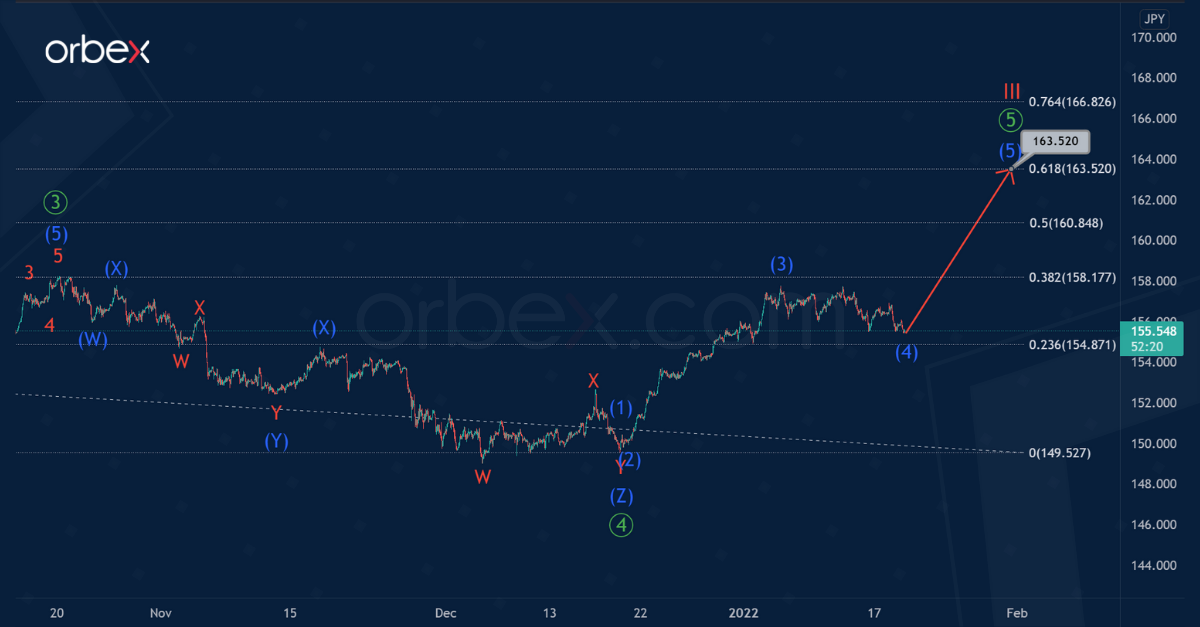 The GBPJPY currency pair is most likely moving within the cycle impulse, with wave III under development.

We can assume that the correction wave ④ of the primary degree ended at the end of December. This correction took the form of an intermediate triple zigzag. 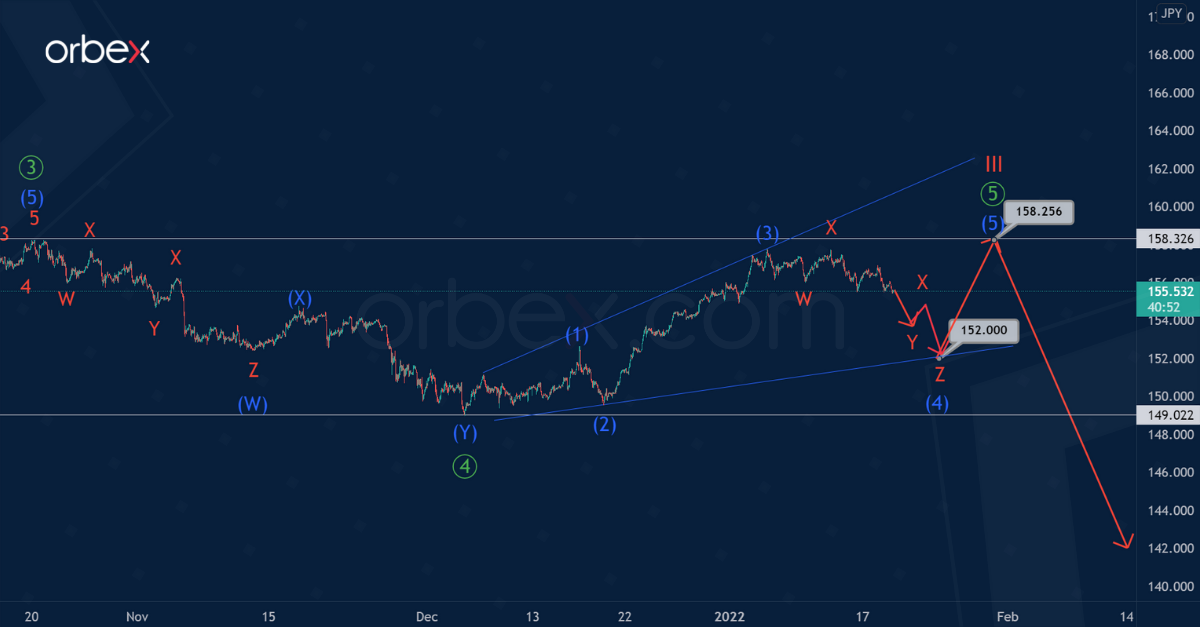 Alternatively, the primary wave ⑤ is not an impulse, but an ending diagonal in which an intermediate correction wave (4) is under construction.

Perhaps wave (4) will be a triple W-X-Y-X-Z zigzag of the minor degree, as shown in the chart. In the near future, prices could lower in the minor sub-waves Y-X-Z to the level of 152.00.

After reaching the specified price level, the price is likely to increase within the final intermediate wave (5) to the previous maximum of 158.25.