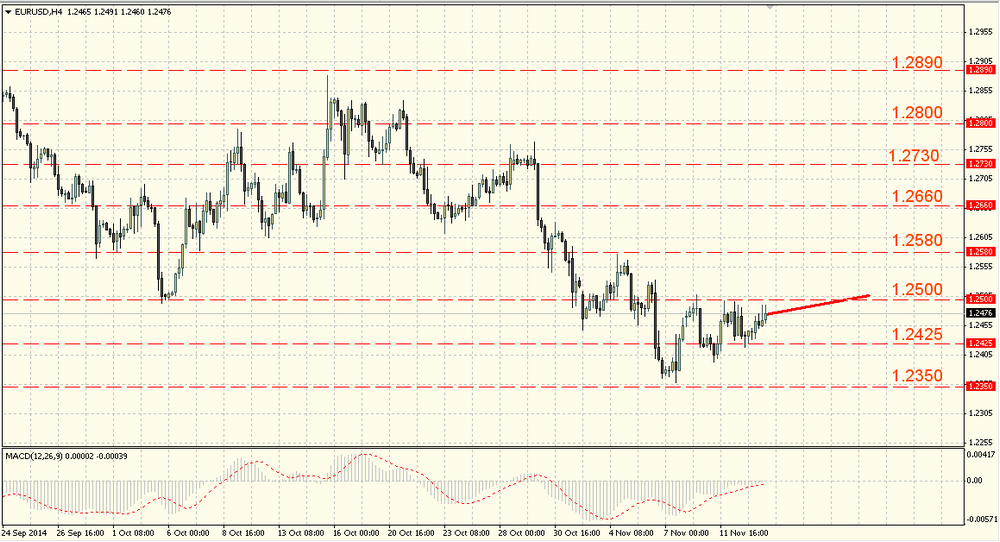 The euro can once again demonstrate the quotations growth near 1.2440/1.2480 amid the bullish sentiment within the pair EUR/GBP. The German and the UK differential bond yields are expanding again that is a bearish factor for the euro. The previous support break through around 1.2500 now successfully provides the resistance which euro bulls cannot overcome. The pair fell to the support near 1.2419. Apparently, bears are going to test the lows at the level of 1.2358

The level of 1.2358 breakthrough will lead to a decrease at least to the support around 1.2261. Apparently, it is obvious that the euro needs to rise up and consolidates above 1.2500 to lower the downward pressure. 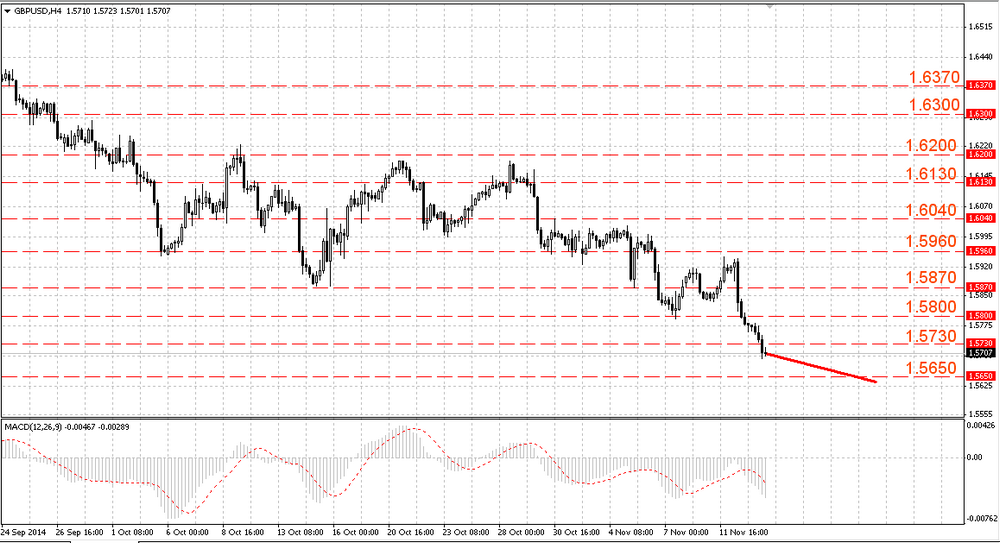 The pound was hit by the Bank of England. The quarterly inflation report dispelled all our doubts about the early monetary policy tightening. The UK annual inflation forecast in 2014 and 2015 was lowered, so it was noted that the main eurozone trading partner has stagnation. The negative US and UK spread yields have again increased that confirms the steady downtrend. Bears continued the pair sales and it has broken through a number of supports, including lows at the level of 1.5790 and fell to the support near 1.5766. Thus, the downward trend is gaining momentum.

The next bears’ target can become the support around 1.5714. The pound needs to overcome the resistance near 1.5940 for easing the downward pressure. 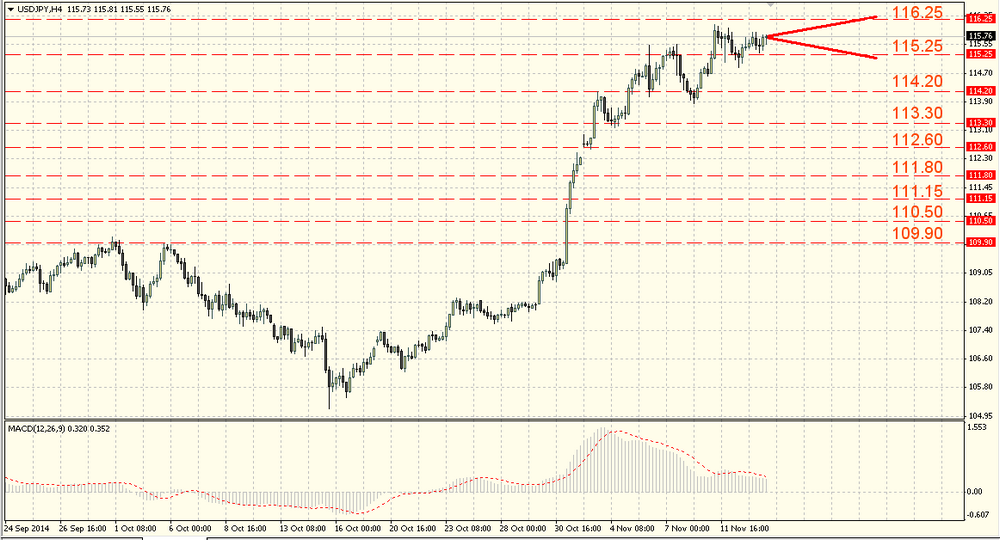 After the fresh seven year high establishment, we observe the pair USD / JPY quotes stabilization. The US and Japan differential 10 year bond yields has shown reduction for the last days that with the technical correction in the world’s leading stock markets acts as the bulls’ deterrent. The Japanese yen is sold on its growth. The dollar with the Japanese yen fell to 114.88, there the yen was sold again and the pair is growing. At this point it has reached resistance around 115.88 and it is preparing to break through highs at the level of 116.10.

Don’t Get Overwhelmed by the Economic Calendar