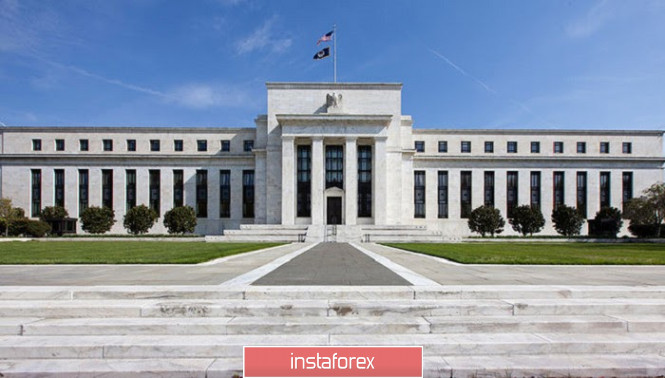 It is possible that yesterday’s Federal Reserve meeting was the most useless in recent times. The only thing we have heard is that the Fed is ready to take all necessary measures to support the economy. Nothing else. That is, no specifics at all. So it is unclear exactly what measures the US central bank is prepared to take. And the most important thing is exactly under what conditions. In fact, we have learned nothing new. So the overall situation has remained unchanged. This means that the dollar continued to lose its positions.

The single European currency has been slightly declining from the very beginning of the trading day. Although the decline itself is rather purely symbolic. It’s just that the euro has practically nowhere to grow. It is substantially overbought. So it needs strong incentives to grow. In addition, it already has a reason to fall in the form of data on the unemployment rate, which should grow from 7.4% to 7.8%. Which, of course, is an extremely negative factor. So the euro is likely to gradually decline before the US session starts. And in theory, the rise in unemployment in Europe, along with the single currency being excessively overbought should lead to a sharp weakening. However, the reaction will be relatively restrained, as the main event of the day is the release of the preliminary estimate of the United States GDP for the second quarter. The trick is that these data should show a contraction of the economy by as much as 33.0%. And that’s just one quarter. And it’s not just some kind of unemployment rate, it’s the economy as a whole. So the dollar really has no reason to rise. The only thing that can somehow smooth out the negative is the data on applications for benefits, which should continue to be gradually reduced. Thus, the number of initial applications for unemployment benefits may decrease from 1,416,000 to 1,400,000. The number of repeated applications should decrease from 16,197,000 to 16,000,000. It is also a somewhat negative factor. In other words, the dollar has no reason to be optimistic yet. 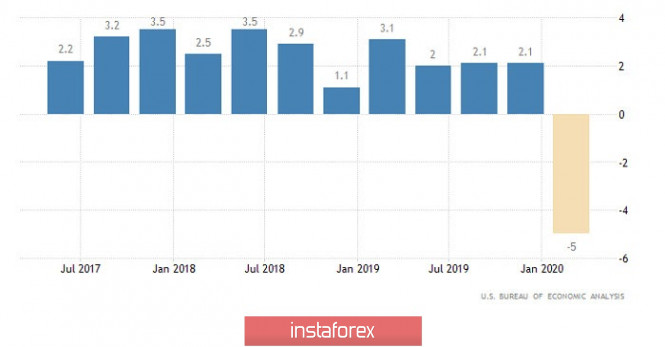 The euro/dollar pair ended the day with another update of the local high, as a result, the quote successfully punctured the 1.1800 level with shadows, signaling a possible further bullish trend.

The euro being overbought has been taking place for more than a week, but this does not stop speculators from further actions, in fact, it is due to them that we draw a vertical price move and demonstrate high levels of volatility in the market.

On the trading chart in general terms (the daily period), you can see that only 50-80 points remain before the breakout of the resistance points in June and September 2018. The absence of a corrective movement leads to high instability of the vertical price movement.

We can assume that it would be logical to see a correctional move in the direction of 1.1650-1.1600, but the overheated European currency does not stop speculators, and the vertical movement of the price. Therefore, consolidating higher than 1.1810 may lead to a June 2018 high of 1.1852. After that, the quote’s stability at the values of 1.1852-1.1860 is analyzed, since consolidating higher may lead to price movement in subsequent time periods.

From the point of view of complex indicator analysis, we see that the indicators of technical instruments are almost unanimously signaling a purchase by finding the price at conditional highs. 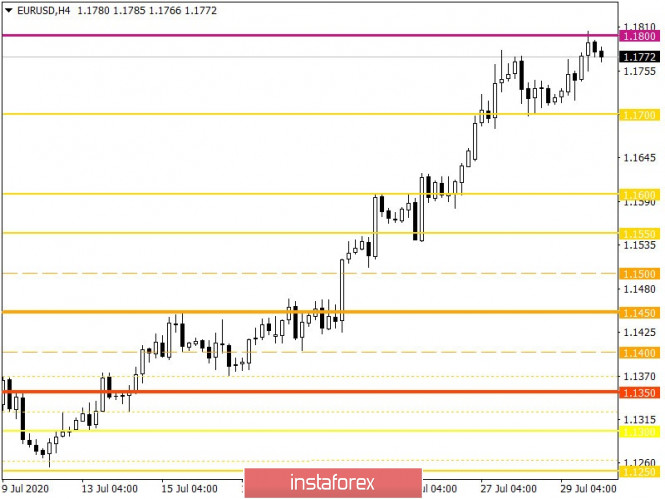 Source:: Hot forecast and trading recommendations for EUR/USD on July 30, 2020