The newswires were dominated by Trump’s decision on Iran nuclear deal which saw oil prices turning volatile on the day. The Trump administration announced that they would be pulling out the Iran nuclear deal. Oil prices reacted little to the news with price already pushing higher in anticipation of the outcome. 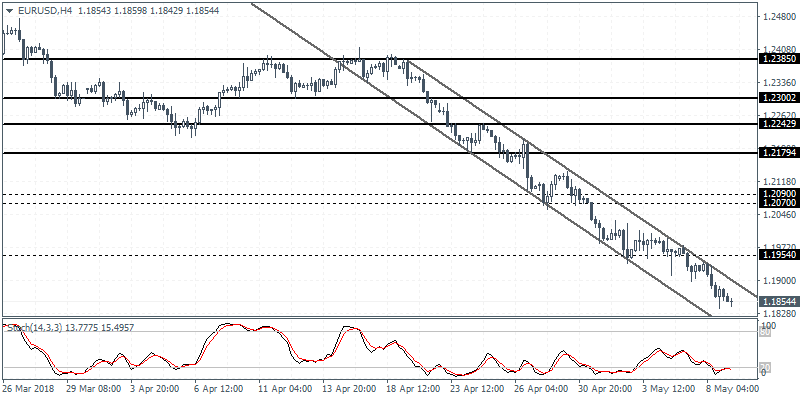 EURUSD (1.1854): The EURUSD extended declines as price action closed below the support level of 1.1920. The declines below this level indicate further losses that could send the EURUSD lower toward the next main support level at 1.1730. Any rebound in prices are likely to be limited to the previous local highs although the main resistance level at 1.1954 will be a key level that could be tested in the near term. As long as the EURUSD remains below 1.1954, we expect to see the downside momentum prevailing. 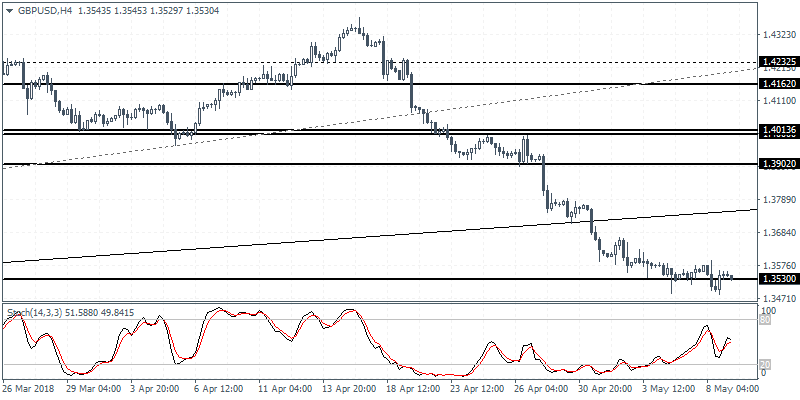 GBPUSD (1.3530): The British pound remained trading near the 1.3530 level with price action seen briefly slipping below this level only to recover back modestly. The consolidation at this level is expected to continue and it also indicates a potential rebound in price action in the near term. The British pound could be seen most likely to post a correction with the breached trend line likely to turn as resistance. To the downside, the round number support at 1.3500 remains the next target. 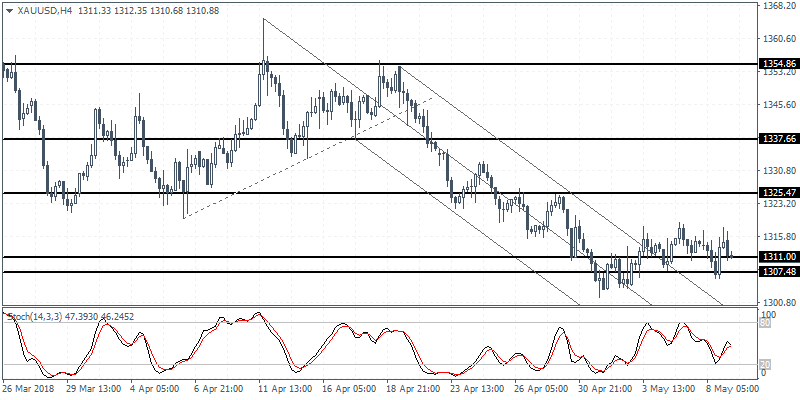 XAUUSD (1310.88): Gold prices continued to trade within the support level of 1311 and 1307. Price action remains range bound at this level but the consolidation could signal a possible correction. The resistance level at 1325 which remains untested could be the upside target on a rebound. To the downside, price action will need to break out below the support level strongly in order to test the next main support at 1300. However, in the near term, gold prices are likely to remain support with the potential for an upside correction.

Check out the Orbex website to see more analysis all through the day.