The U.S. dollar was seen giving up some of the gains posted from earlier in the week by Friday’s close. Economic data on Friday was limited to Canada’s jobs report which was the main highlight. Data showed that the Canadian labor market shed 1,100 jobs against median estimates of an increase of 17.8k jobs. The decline in the jobs in April comes after March’s gain of 32.3k.

The U.S. import price data was also released on Friday which showed an increase of 0.3% following a decline of 0.2% the month before. This was however below the median estimates of a 0.5% increase.

Looking ahead, the economic data is quiet today with the exception of FOMC Member, Loretta Mester who will be speaking at an event today. 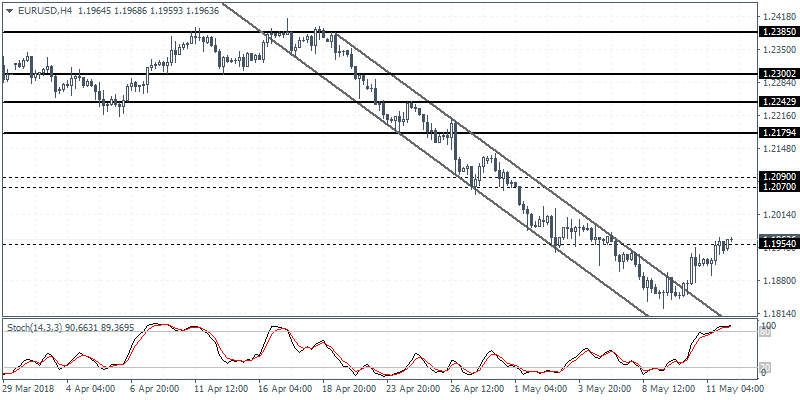 EURUSD (1.1963): The EURUSD closed on Friday on a bullish note marking a second consecutive day of gains. However, price action remains stuck near the key resistance level of 1.1959 – 1.1920 level. This could potentially trigger a modest pullback in the near term. The 4-hour chart also signals a possible correction to the downside with the hidden bearish divergence. Price action could possible post a higher low or decline below the previous lows established at 1.1848. However, in the near term, we expect to see a minor bottom being established at the current levels. 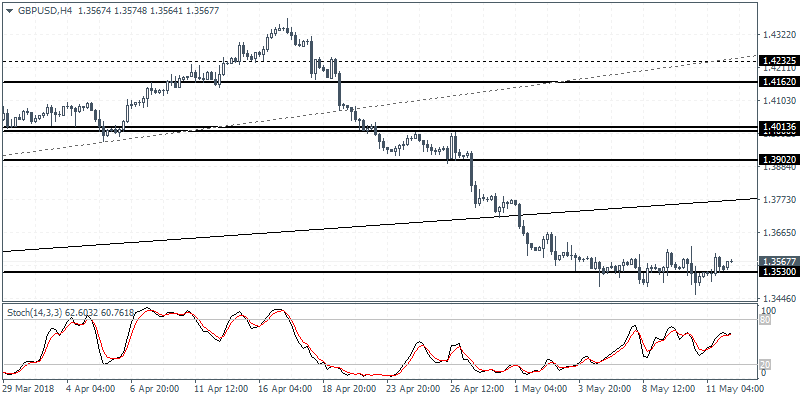 GBPUSD (1.3567): The British pound remained stuck near the 1.3530 level which marks a whole week of consolidation at the price level. Given the fact that the GBPUSD has failed to rebound off this level or break down below this level, we expect to see a near term direction being established. To the upside, price action could post a strong correction with the dynamic trend line acting as resistance all the way to the horizontal resistance at 1.3900. To the downside, a break down below 1.3530 could trigger GBPUSD to test the 1.3500 level of support.

Did you know that our average spread on the GBPUSD is below 1 pip? Check out our spreads on a demo account now! 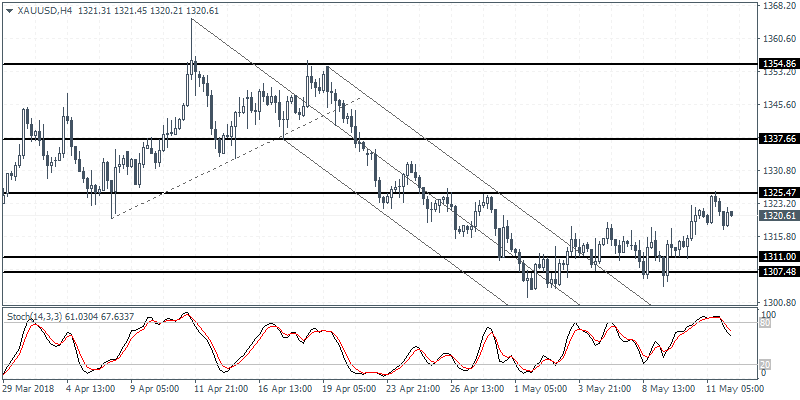 XAUUSD (1320.61): Gold prices rallied to test the resistance level at 1325 last week by Friday’s close. However, this quickly resulted in prices easing back strongly. The near-term range is likely established within 1325 resistance and 1311 support. A breakout off this level is required to establish further direction. In the near term, we expect gold prices to potentially push lower but price action could be support back near 1311. This is seen from the hidden bearish divergence on the 4-hour Stochastics as well.

Check out the Orbex Blog for more analysis released all day!