The U.S. dollar was seen maintaining steady ground on Thursday. Economic data for the day saw the release of the weekly unemployment claims which rose higher than expected to 222k. The Philly Fed manufacturing index post strong gains, rising to 34.4 beating estimates of 21.1.

The euro currency continued to remain weak on growing concerns of a possible anti-EU establishment government being set up in Italy. This, alongside the debt concerns continues to drag the common currency lower.

The FOMC member, Loretta Mester will be speaking today followed by another member, Brainard. Both members are considered to have hawkish inclinations on rate hikes. 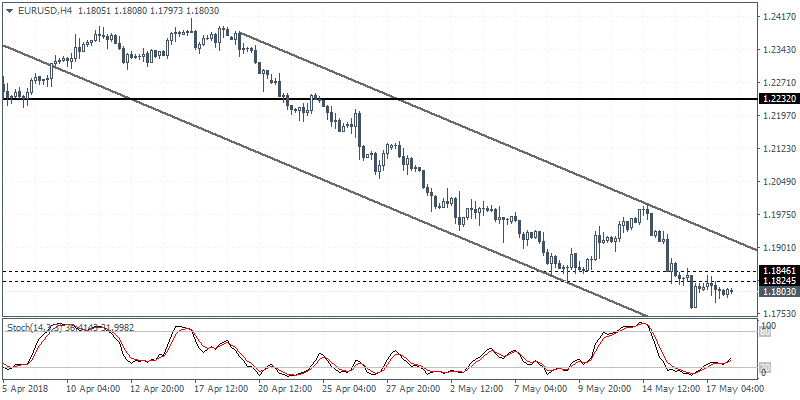 EURUSD (1.1803): The EURUSD currency pair stayed weak but price action was confined to Wednesday’s range. The inside bar that was formed on the daily session potentially suggests a near term breakout. There is a possibility that given the weakness, the EURUSD currency pair could breakout to the downside with price action trading close to the lower support level at 1.1730. In the event of an upside breakout, the resistance level near 1.1920 will be seen holding the gains. On the 4-hour chart, the minor resistance level is seen near 1.1846 – 1.1824 which could see some consolidation taking place. 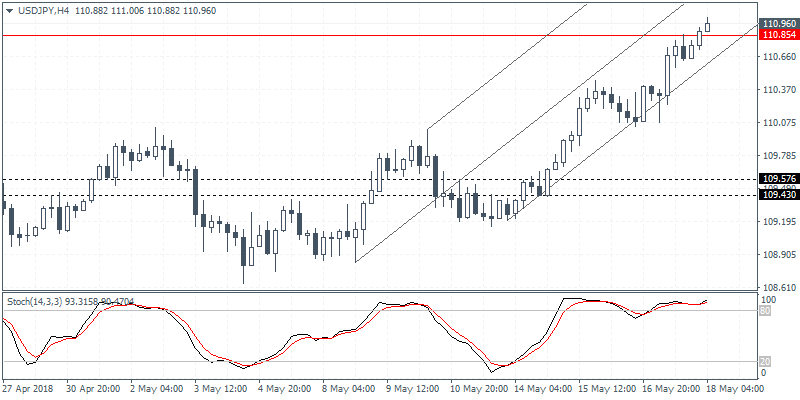 USDJPY (110.56): The USDJPY currency pair breached past the 110.50 level and price action is trading close to the next main level of 111.00. On the 4-hour chart, this marks a resistance level within 111.18 – 110.85 region. We expect to see price trading within this range in the short term and could potentially signal a short term correction to the downside, unless the bullish momentum will push the USDJPY past this resistance level. Short term support is seen at 109.57 – 109.43 region which could be tested ahead of USDJPY maintaining a range within the said levels. 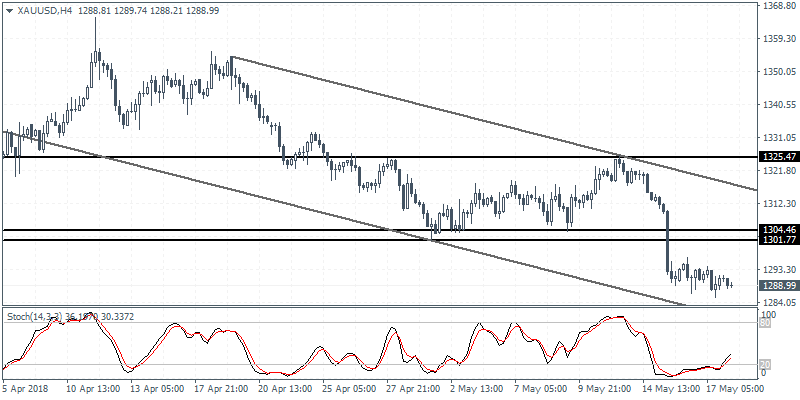 XAUUSD (1288.99): Gold prices continue to drift lower but price is nearing the next main support level at 1282. A retest of this support level that has held previously could signal a short term bounce in prices. Resistance is seen formed at 1304 – 1301 level which is likely to keep a lid on the gains to the upside. Gold prices have been consolidating near the current levels with the past two daily sessions posting a doji candlestick. This could potentially signal a near term correction should prices bounce back to the upside.